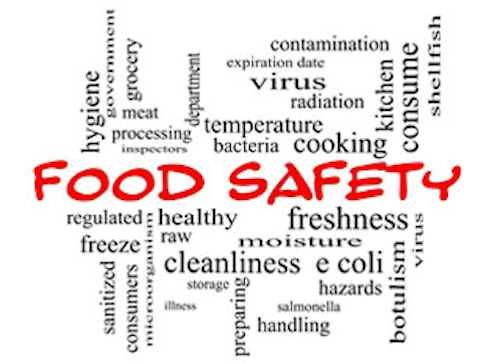 The rules, once promoted as an Obama administration priority, ran into long delays and came out under a court-ordered deadline after advocacy groups had sued. Even then, the Food and Drug Administration allowed the Aug. 30 deadline to pass without releasing the rules to the public.

The new rules will require food manufacturers to submit food safety plans to the government to show they are keeping their operations clean. Once the rules go into effect later this year, companies will have to prepare detailed plans that lay out how they handle the food, how they process it, how they clean their facilities and how they keep food at the right temperatures, among other safety measures.

The idea is to put more focus on prevention in a system that for decades has been primarily reactive to outbreaks after they sicken or even kill people. The majority of farmers and food manufacturers already follow good food safety practices, and the law would aim to ensure that all do.

Michael Taylor, the FDA's deputy commissioner for foods, said the rules will "create a level playing field." He added: "The food safety problems we face have one thing in common — they are largely preventable."

The Centers for Disease Control and Prevention estimate that 48 million people — or 1 in 6 people in the United States — get sick annually from foodborne diseases. An estimated 3,000 people die.

A 2011 listeria outbreak linked to Colorado cantaloupe killed 30 people. The FDA said old, hard to clean equipment and improper cooling were partly to blame for the illnesses.

The outbreak of salmonella linked to a Georgia peanut company in 2009 killed nine and sickened more than 700 people in 43 states. It was that outbreak, early in President Barack Obama's first term, that prompted the government to move forward on strengthening the food safety system. An executive from that company was recently convicted of selling salmonella-tainted food and could face life in prison.

The food manufacturing rule is one of seven that the FDA is issuing to improve food safety. The agency also issued rules Thursday to ensure safer manufacturing of pet food.

The most controversial rules are regulations due in October that would set new standards for farmers growing produce. The rules would require farmers to take new precautions against contamination, making sure workers' hands are washed, irrigation water is clean and that animals stay out of fields, among other things. The FDA has worked with the agricultural sector to set reasonable standards, but some in the industry and in Congress say the standards will be burdensome for business.

Congress first passed the rules in 2010, and it took the FDA two years to write the specific requirements. The agency revised that proposal after some opposition to the first version from farmers and the food industry but agreed to deadlines in a lawsuit filed by food safety advocates who said the agency was moving too slowly. The FDA waited until the Aug 30 deadline to submit the rules to the Federal Register, a process that kept the agency in compliance with the courts. But they would not make the rules available to the public until Thursday.

Mindful of the high cost of outbreaks and recalls, food companies generally have supported the rules.

The rule "ensures that prevention is the cornerstone of our nation's food safety strategy, places new responsibilities on food and beverage manufacturers, and provides the FDA with the authorities it needs to further strengthen our nation's food safety net," said Pamela Bailey, CEO of the Grocery Manufacturers Association, which represents the largest food companies.

In addition to regulating farms and food manufacturing facilities, the food safety law authorized more inspections by the FDA and gave the agency additional powers to shut down facilities. The law also required stricter standards on imported foods.