Tyson Foods will invest $84 million as part of its commitment to the continued success of its Union City, Tennessee poultry plant, company officials said Wednesday. 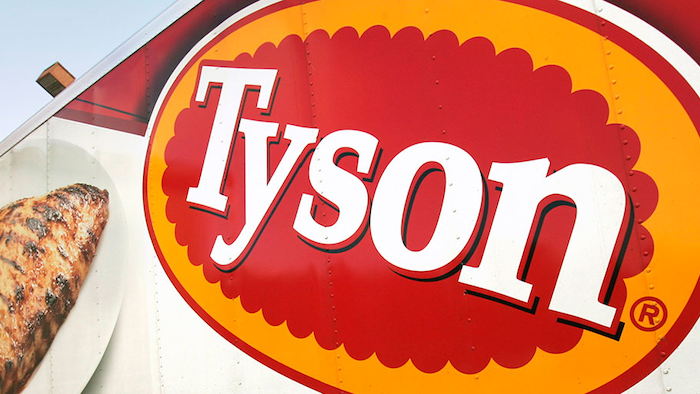 Springdale, Ark. (August 16, 2017) — Tyson Foods will invest $84 million as part of its commitment to the continued success of its Union City, Tennessee poultry plant, company officials said Wednesday. More than 300 jobs will be created by the project, which is expected to be complete by mid- 2019.

“Customer and consumer demand for protein, especially chicken, is increasing so we’re investing in projects that build on our strengths, expand our capabilities and increase our capacity,” said Doug Ramsey, group president of poultry. “Expansions like this position us to grow and support our customers.”

The project, set to begin this fall, will increase capacity to the plant’s existing harvest area, add processing lines, as well as upgrades to supporting operations at the hatchery, feed mill and in transportation. About 25,000 square feet will be added to the plant facility. “Tyson has been an integral part of Obion County for 20 years and I’m pleased to see the company move forward with this 300-job expansion in Union City,” Tennessee Governor Bill Haslam said. “With more than 1,000 employees in West Tennessee, Tyson’s impact on the community extends to the local farmers supported by its operations. I’d like to thank Tyson for its continued commitment to West Tennessee and bringing us closer to making Tennessee the No. 1 location in the Southeast for high quality jobs.”

In order to meet the new capacity of the facility, Tyson Foods estimates nearly 200 more broiler chicken houses will need to be built in northwestern Tennessee within the next two years. Independent farmers who may want to grow for Tyson Foods are encouraged to visit the Grow With Tyson website to learn more about the process and make initial contact with the company.

“We’re pleased to be able to invest in such a great community,” Ramsey said. “We’d like to thank the Tennessee Valley Authority, the Tennessee Department of Economic and Community Development, and the Northwest Tennessee Economic Development Council for their assistance and support for this project.”

The Union City plant and related operations were built by Tyson Foods and opened in 1997. It makes partially fried chicken products for food service. The facility employs more than 1,000 people and paid nearly $32 million in wages during its 2016 fiscal year. Annual payout for farmers who raise chickens for the plant was more than $15 million. The company also operates facilities in Goodlettsville, Newbern and Shelbyville, Tennessee employing about 5,000 in the state with an annual payroll of more than $181 million. Tyson Foods paid Tennessee poultry growers more than $61 million in its 2016 fiscal year and estimates its total statewide impact to be $313 million.

Tyson Foods Inc. (NYSE: TSN) is one of the world’s largest food companies and a recognized leader in protein. Founded in 1935 by John W. Tyson and grown under three generations of family leadership, the company has a broad portfolio of products and brands like Tyson®, Jimmy Dean®, Hillshire Farm®, Ball Park®, Wright®, Aidells®, ibp® and State Fair®. Tyson Foods innovates continually to make protein more sustainable, tailor food for everywhere it’s available and raise the world’s expectations for how much good food can do. Headquartered in Springdale, Arkansas, the company has 114,000 team members. Through its Core Values, Tyson Foods strives to operate with integrity, create value for its shareholders, customers, communities and team members and serve as stewards of the animals, land and environment entrusted to it. Visit www.tysonfoods.com.