The pipeline company responsible for an oil spill that blackened California beaches kept shoddy records on emergency training and how it would protect pristine coastline in the event of a break, federal regulators said Friday. 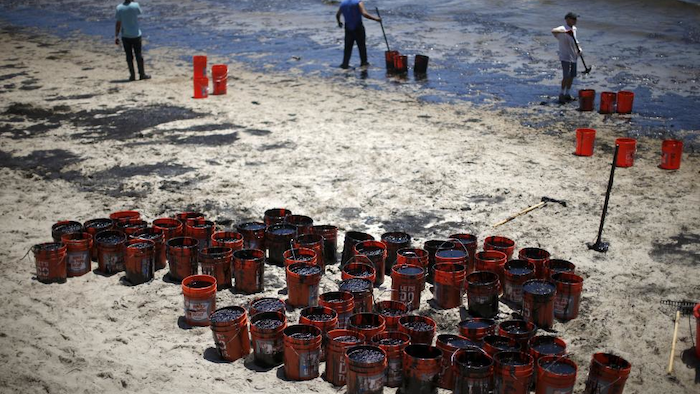 LOS ANGELES (AP) — The pipeline company responsible for an oil spill that blackened California beaches kept shoddy records on emergency training and how it would protect pristine coastline in the event of a break, federal regulators said Friday.

The Pipeline and Hazardous Materials Safety Administration proposed six violations from inspections begun in 2013 — some 20 months before the May pipeline rupture near Santa Barbara — but imposed no fines.

Among the findings, the agency said Texas-based Plains All American Pipeline failed to properly document pressure tests on tanks and failed to keep adequate records on how it would prevent spills in sensitive environmental areas, or respond if one did occur.

The agency said the findings identify areas where the company should improve safety throughout its sprawling pipeline system.

Robert Bea, a civil engineering professor at University of California, Berkeley, said the latest action by regulators speaks to a weak culture of safety and inadequate efforts to assess risk and prevent spills.

"In all the documentation I have reviewed concerning the pipeline, I have never seen evidence of any advanced risk assessment and management processes being used by Plains," said Bea, a former oil executive who has studied spills.

Plains said previously that it has increased spending on safety and hired more staff to prevent spills along its 18,000-mile pipeline system.

A Plains spokesman said the company would work with regulators to resolve their concerns.

One of two lines in the 2013 inspections ruptured May 19 along a corroded section of pipe, releasing at least 101,000 gallons of crude on the coast. The mess forced a popular state park to shut down for two months, goo from the spill washed up on beaches 100 miles away, and hundreds of dead birds and sea lions were found.

They agency said it could not connect the inspection findings from that time with the May 19 pipeline break but it may identify related violations in the future.

The proposed order said the company didn't adequately document its emergency training and didn't have paperwork to demonstrate that supervisors knew about emergency response procedures.

The company has been criticized for taking about 90 minutes to alert federal responders after confirming the spill, even though federal regulations require the company to notify the National Response Center, a clearinghouse for reports of hazardous-material releases, "at the earliest practicable moment." State law requires immediate notification of a release or a threatened release.

The cause of the break is under investigation. Prosecutors are considering possible charges.