Algeria Raises Taxes to Make up For Plunge in Oil Revenue

Once-flush Algeria is raising taxes and imposing duties on imports as it struggles to balance its books in the face of plummeting oil prices. 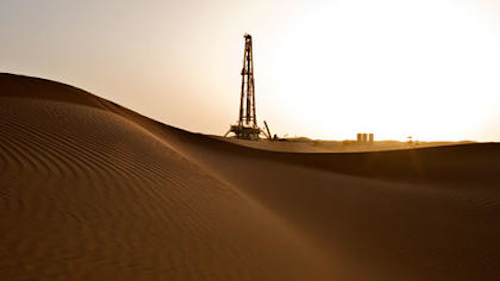 ALGIERS, Algeria (AP) Once-flush Algeria is raising taxes and imposing duties on imports as it struggles to balance its books in the face of plummeting oil prices. There's even talk that the country may even have to borrow abroad.

Algeria, which depends on oil and gas for 94 percent of its exports, has been hit hard by the halving in oil prices over the past year or so. The lower revenues have severely impacted a country that relies on expensive subsidies and the government providing most services. Many major projects have also been halted.

As a result, the government is planning to raise taxes on diesel, 3G internet and electricity. Customs duties will also be increased on imported computers and computer parts.

The new measures are designed to reduce Algeria's massive import bill, some $60 billion a year, as well as decrease energy subsidies.

Algeria's current woes contrast with the era of high oil prices when the country was able to fund ambitious infrastructure projects like the 1,200 kilometer east-west highway.

"The economic situation is difficult and very dangerous if radical decisions are not taken to get us out of this crisis," said economist Abdelhak Lamiri. "We can function normally for another three years, but that is a short time in the life of a country."

Algeria is key ally in the U.S. fight against terrorism and there are fears that a rise in prices might stop social unrest.