Over-regulating methane emissions could discourage the use of environment-friendly natural gas, an energy industry representative told the Environmental Protection Agency on Wednesday. 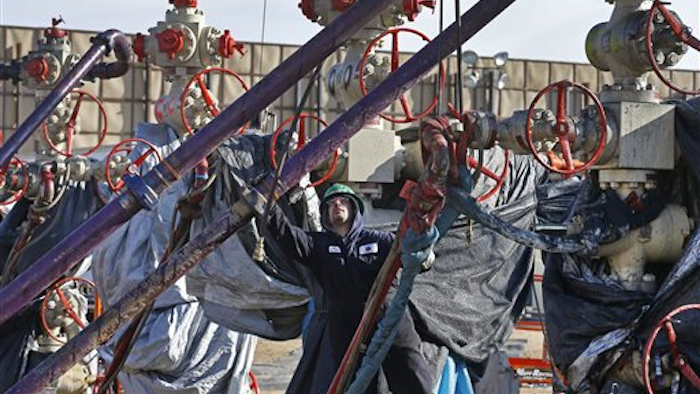 However, a former Colorado air quality official countered that such controls would be a cost-effective way to fight climate change.

The EPA heard radically different views as it opened public hearings in Denver on its proposal to slash allowable methane emissions from oil and gas production. Sessions were also scheduled in Dallas on Wednesday and in Pittsburgh on Sept. 29.

The proposed rules are aimed at cutting the emissions by 40 to 45 percent by 2025 compared with 2012 levels.

Methane is a key component of natural gas and a powerful greenhouse gas that traps heat in the upper atmosphere.

The EPA estimates the new rule would cost industry from $320 million to $420 million annually by 2025 but would reduce health care costs and have other benefits totaling about $460 million to $550 million a year.

At the Denver hearing, Kathleen Sgamma of the Western Energy Alliance said agriculture produces more methane emissions than oil and gas development, and the energy industry is the only one capturing and reusing the emissions.

"Why is the oil and gas industry being singled out?" she said.

Imposing tough restrictions could raise the industry's costs so much that the price of natural gas would rise, pushing energy users to use dirtier fuels, she said.

Technology to reduce methane emissions is feasible and cost-effective, he said, and such a reduction would also cut back on chemicals that create ozone.

Lowey said the EPA's proposed regulations are a good start but should go further and incorporate two provisions of Colorado's first-in-the-nation state regulations on methane by including existing wells as well as new ones, and requiring more work to detect and repair methane leaks in oil and gas equipment.

Proponents of the EPA rules also argued the measures would reduce respiratory problems and promote a lucrative pollution-control industry.

Opponents said the energy industry has greatly reduced methane emissions on its own, even though oil and gas production is rising. They said the EPA's proposal could stifle industry innovation and slow the rate of improvements.

At the Dallas hearing, Deborah Armintor, a professor at University of North Texas in Denton, described Denton's air quality as "F-rated" because of 300 nearby gas wells.

"Help us, EPA," she said. "You are Texas' only hope for protecting its people and environment from oil and gas industry pollution. State legislators are not doing it for us."

Texas is the nation's leading producer of crude oil and natural gas, and several supporters of the EPA's proposal bemoaned the state's laissez-faire regulation.