"People have died, it poses this cancer threat … and everybody knows it’s a bad chemical, and yet nobody does anything,” said Katy Wolf of the Institute for Research and Technical Assistance. 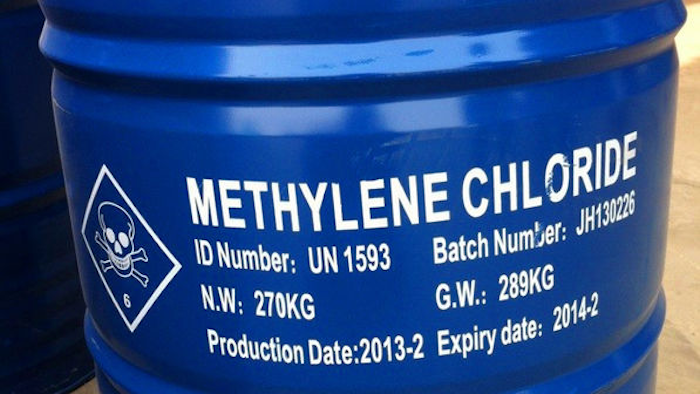 A new reports blames dozens of sudden deaths in the U.S. in recent decades on a chemical commonly used in paint stripping solvents.

The Center for Public Integrity reports that at least 56 Americans died due to accidental methylene chloride exposure since 1980; the latest occurred in July in Ohio.

Many of those cases involved common household tasks. The vapors, if allowed to accumulate, can trigger heart attacks and respiratory failure.

In addition, acute exposure reportedly led to thousands of calls to poison control centers during a five-year period ending in 2013.

“People have died, it poses this cancer threat … and everybody knows it’s a bad chemical, and yet nobody does anything,” said Katy Wolf of the Institute for Research and Technical Assistance.

Scientists and medical professions have known about the dangers of methylene chloride exposure for decades, but federal authorities thus far only required identifying the chemical as a carcinogen — even after European regulators banned its use in paint strippers in 2011.

The Environmental Protection Agency indicated that it expects to tighten restrictions on the chemical in a proposal early next year, but an industry group countered that current guidelines, if properly followed, would address the problem.

“There are precautions on how to use it, how not to use it,” said Faye Graul of the Halogenated Solvents Industry Alliance. "Amateurs were taking it and stripping bathtubs with it, with no ventilation, and there were fatalities as a result.”