Report: Farmers Forced to Adjust as Weeds Acclimate to Roundup

Roundup originally allowed farmers to cheaply and easily obliterate weeds in their fields while Monsanto crops — engineered to resist the chemical — grew unimpeded. 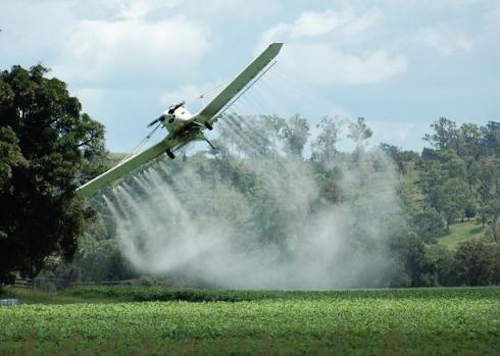 Monsanto's popular Roundup brand of herbicide endured a tough few months after a global health agency classified its key ingredient as a possible human carcinogen. But that's not the only problem producers of glyphosate are facing: now research has shown the chemical is not nearly as effective as it once was.

Roundup originally allowed farmers to cheaply and easily obliterate weeds in their fields while Monsanto crops — engineered to resist the chemical — grew unimpeded. As a result, glyphosate use jumped more than eight-fold in the U.S. between 1996 and 2012.

Today, however, Chemical & Engineering News reports that at least 15 species of weeds developed resistance to glyphosate in the U.S. and that those plants are spreading. In some areas, farmers are being forced to dramatically alter their practices. They tilled fields and hired crews to cut weeds by hand. Others rotated their crops or used cover crops to combat weeds.

Still others, like southeastern Nebraska's Mike Pietzyk, turned to pesticides used by his father's generation. He told C&EN that 2,4-dichlorophenoxyacetic acid, in particular, "will give me a headache if I smell it."

Herbicide producers, meanwhile, are seeing huge spikes in demand for alternative chemicals. Company scientists also are more knowledgeable about the development of pesticide resistance in weeds, and problems with glyphosate resistance could open the door to Monsanto's rivals.

Bayer, Dow and FMC are among the chemicals giants either marketing or developing new pesticides. They aim to avoid repeating the mistake of relying solely on glyphosate.

“When using a weed-control program, it’s never about one herbicide because we’d end up ruining any herbicide we’d like to use,” Bayer's Arlene Cotie told C&EN.