US Producer Prices Fell in September Because of Cheaper Gas

Prices fell for manufacturers, farmers and other producers in September, as lower energy costs have limited broader inflation. 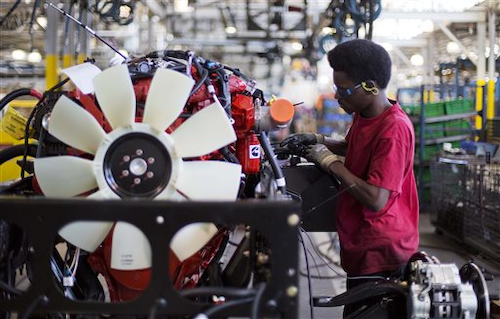 WASHINGTON (AP) — Prices fell for manufacturers, farmers and other producers in September, as lower energy costs have limited broader inflation.

All of this suggests that the Federal Reserve may delay on an expected rate hike until signs of inflation appear.

"The economy is stuck and deflation pressures are the key risk," said Steven Ricchiuto, chief economist at Mizuho Securities.

Those inflation figures are far from the Fed's 2 percent inflation target, a gap that could cause Fed policymakers to postpone a rate hike at their Oct. 27-28 meeting. Many analysts had anticipated that the Fed would increase short-term interest rates at its September meeting for the first time in nine years. But the U.S. central bank held off amid concerns about China's economy growing at a slower pace and sharp volatility in the U.S. stock market.