Millstone Reactor Shuts Down Due to Hydrogen Gas Leak

The Nuclear Regulatory Commission is investigating a hydrogen gas leak that has shut down the Millstone Unit 3 nuclear reactor. 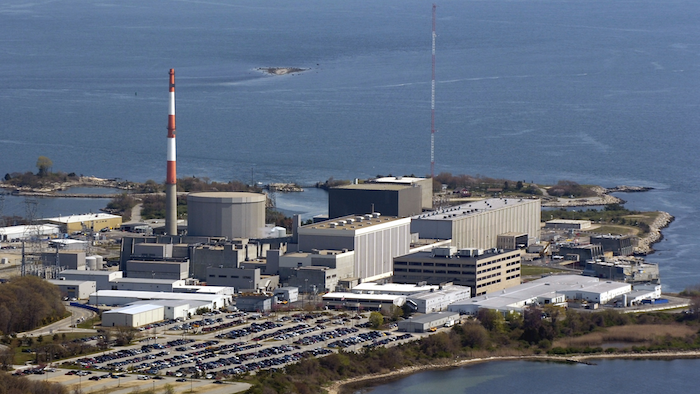 WATERFORD, Conn. (AP) — The Nuclear Regulatory Commission is investigating a hydrogen gas leak that has shut down the Millstone Unit 3 nuclear reactor.

The NRC says the leak occurred Sunday morning in a turbine building at the Connecticut plant, and workers responded by manually shutting down the reactor.

Neil Sheehan, a spokesman for the Nuclear Regulatory Commission, tells The Day of New London that leak occurred after a sealant plug for hydrogen in the main generator came lose. He says workers successfully vented out the hydrogen.

The reactor recently returned to operation after a scheduled outage for refueling.

The NRC says it is trying to determine whether the leak may have been related to work done during that refueling.