The lawsuit contends the proposed surtax on the state's highest earners runs afoul of constitutional guidelines that ballot questions must follow. 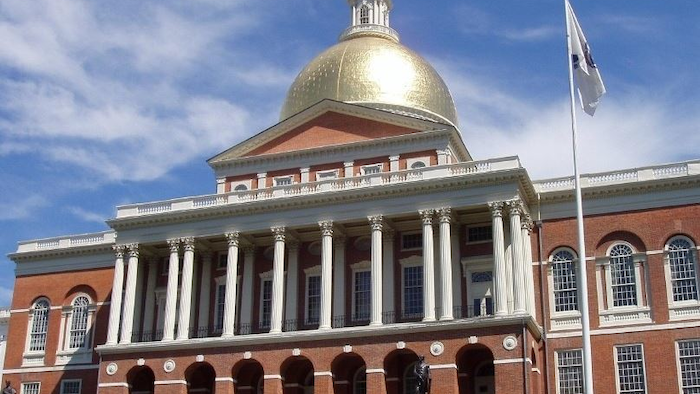 The lawsuit contends the measure often referred to as the "millionaire tax" runs afoul of constitutional guidelines that ballot questions must follow.

The proposal earned a spot on the 2018 ballot by winning a sufficient number of votes from lawmakers in two successive legislative sessions. It would impose a 4 percent surtax, on top of the state's regular income tax, on any portion of an individual's annual income that exceeds $1 million.

Proceeds from the surtax would be dedicated to education and transportation, a key sticking point for critics who contend the state's constitution prohibits specific appropriations from being made through ballot initiatives.

"We are challenging the 'how' of this ballot initiative, not the 'what' or the 'why,'" said Eileen McAnneny, president of the Massachusetts Taxpayers Foundation, a business-backed fiscal research group that is also party to the Supreme Judicial Court lawsuit. "This is about process, not policy."

Raise Up Massachusetts, a coalition that includes community and religious groups and labor unions, responded by saying it was confident the ballot question would survive the legal challenge and reach the ballot. If the tax passes, the coalition estimates it would raise nearly $2 billion for education and transportation.

The business groups also contend in their lawsuit that because the proposal is in itself a constitutional amendment it would handcuff future legislatures and governors, leaving them unable to make annual adjustments to the tax rate or direct revenues to other priorities such as health care or housing without embarking on another lengthy process of amending the constitution.

"This would set a bad precedent for Massachusetts, which will likely lead to future amendments to the constitution by other special interest groups," said Christopher Anderson, president of the Massachusetts High Technology Council.

While the lawsuit focuses on constitutional issues, business groups have also argued the millionaire tax would hurt the state's ability to attract new companies and top-flight talent.

Supporters of the millionaire tax lashed out at unnamed wealthy corporate executives who they said were simply trying to sidestep higher taxes.

"Now they're secretly bankrolling a legal challenge to avoid paying a small percentage of their enormous incomes to make transportation and education investments that will help our economy grow," said Deb Fastino, executive director of the Coalition for Social Justice, in a statement.

Embedded in the proposal are the words "subject to appropriation," which backers contends offers the Legislature some flexibility in how the revenues from the tax would be spent.

There is no timetable on when the SJC will hear the lawsuit, but plaintiffs are hoping for a ruling by next spring, well before the November election.

Five of the seven justices on the high court are appointees of Republican Gov. Charlie Baker, who has not taken a firm position on the ballot question but who has opposed new taxes in general.