Hackett said spending on the future is small compared with how much Ford spends on car and truck development. 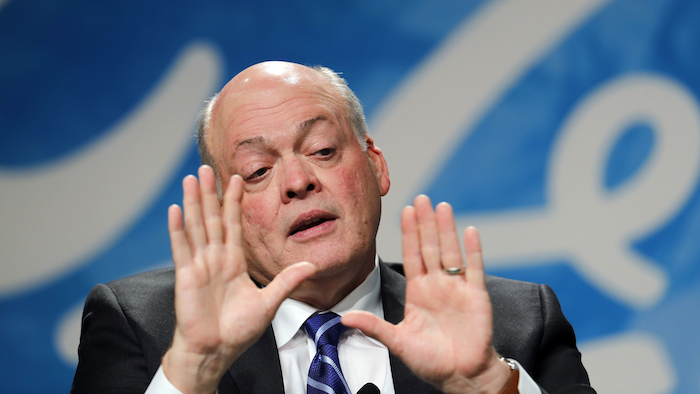 Ford Motor Co. CEO Jim Hackett speaks after being introduced as the automaker's new chief executive in Dearborn, Mich. Hackett says the company isn’t taking its eyes off the present as it prepares for transportation in the future. (AP Photo/Paul Sancya, File)

The new CEO of Ford Motor Co. says the company isn't taking its eyes off the present as it prepares for transportation in the future.

Jim Hackett, who replaced Mark Fields in May, says new mobility projects such as buying a shuttle company and the purchase of an artificial intelligence startup have not taken money from car and truck development.

Responding to criticism from dealers and investors about an aging product lineup, Hackett says that more new vehicles are in the pipeline. Dealers don't know everything the company is planning, Hackett said in a brief interview with The Associated Press. "We think dealers are really going to be happy with the vehicles we've got coming this year and what we've got in the hopper," he said, without giving specifics.

Ford's U.S. sales were down 4 percent through July and its market share has slipped 0.3 percentage points, causing investors and dealers to worry about the company's product decisions. While Ford's top-seller, the F-Series pickup, was recently updated with a new aluminum body, other important bread-and-butter products such as the Fusion sedan and Escape SUV have grown dated. Ford has lagged rivals in long-range electric cars, and while subcompact SUV sales are booming, Ford doesn't plan to roll out an entry in that market until next year. 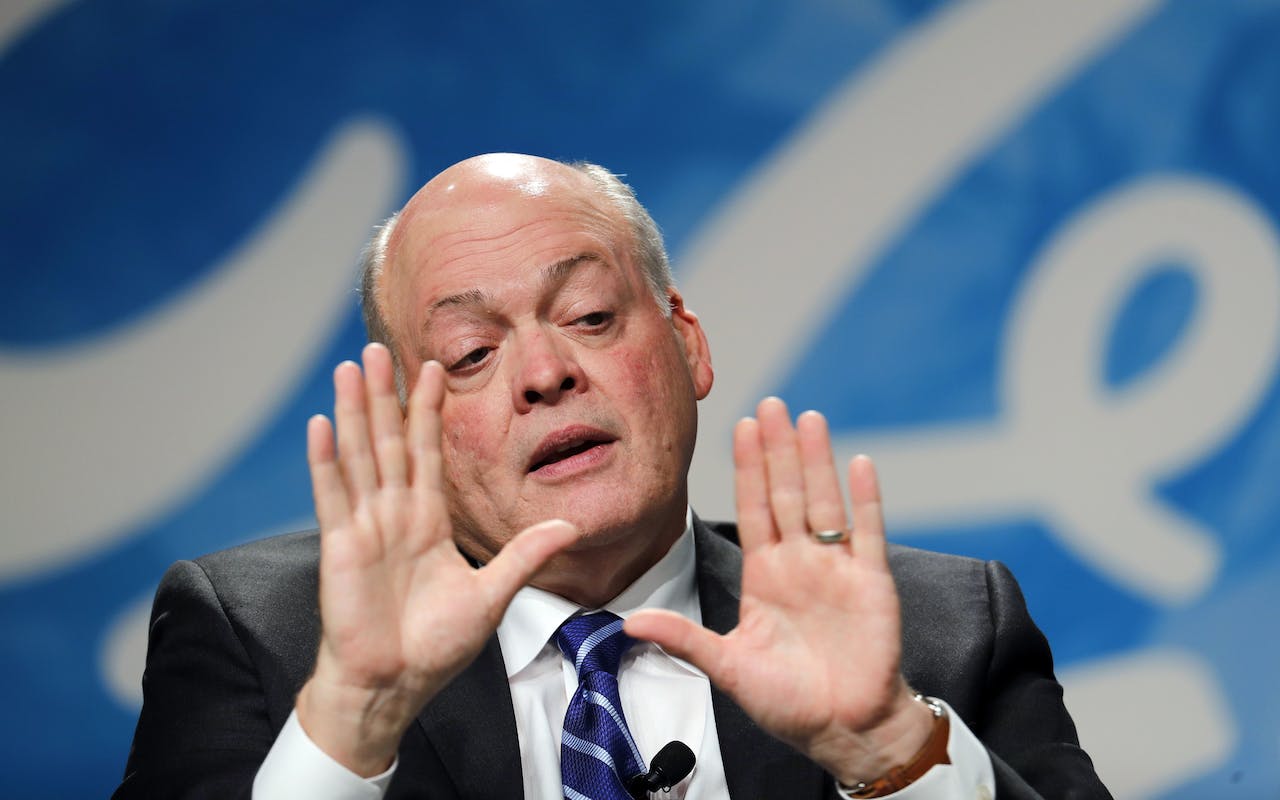 Ford Motor Co. CEO Jim Hackett speaks after being introduced as the automaker's new chief executive in Dearborn, Mich. Hackett says the company isn’t taking its eyes off the present as it prepares for transportation in the future. (AP Photo/Paul Sancya, File)

Successful CEOs always have to prepare for the future and take care of the present, Hackett said from the San Francisco area, where he was to attend a Ford symposium Thursday on helping cities handle increasing traffic with technology and better transportation options.

Although people in cities have more transport choices such as ride-hailing services Uber and Lyft, Hackett predicted that personal car ownership will survive. People already own vehicles and prefer to drive them knowing that they aren't used 90 percent of the time, Hackett said. "I'm not ready to admit that Ford is facing a world where it's losing a lot of personal buyers," he said. "But I would admit that they're going to have a lot more options."

In September, Ford bought Chariot, an app-based shuttle service that originally operated 100 14-passenger vans in the San Francisco area. Since then it's tripled the fleet and expanded to New York, Seattle and Austin, Texas. The company also is investing $1 billion in a budding robotics startup, Argo AI, to acquire more expertise for autonomous vehicles.

Hackett said spending on the future is small compared with how much Ford spends on car and truck development.

He said Ford has to be at the forefront of helping cities deal with increased congestion from growing populations and increased package deliveries as vehicles fight over scarce curb space for parking. "All these things point to the need to harmonize and choreograph transportation," he said.