High levels of lead have been detected in the impoverished city's water since officials began drawing water from the Flint River as a cost-saving measure in April 2014. 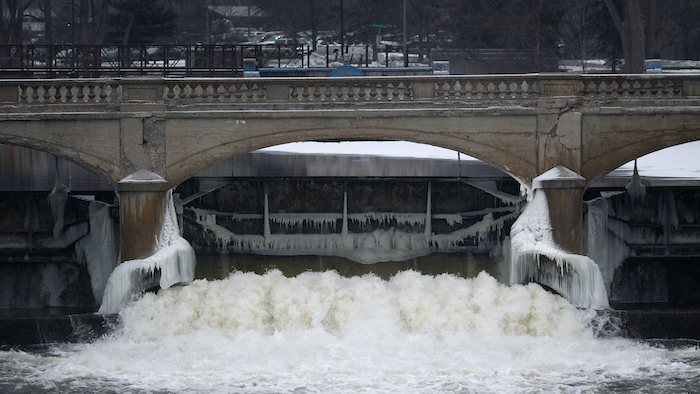 The Flint River, near downtown Flint, is the source of the lead-contaminated water now flowing through residents' taps. (AP Photo/Paul Sancya)

EPA said in a statement that Susan Hedman, head of the agency's regional office in Chicago whose jurisdiction includes Michigan, was stepping down Feb. 1 so it could focus "solely on the restoration of Flint's drinking water."

High levels of lead have been detected in the impoverished city's water since officials switched from the Detroit municipal system and began drawing from the Flint River as a cost-saving measure in April 2014. Some children's blood has tested positive for lead, a potent neurotoxin linked to learning disabilities, lower IQ and behavioral problems.

While much of the blame has been directed at Gov. Rick Snyder and state officials, particularly the Department of Environmental Quality, some have faulted the EPA's Region 5 office for not acting more forcefully. 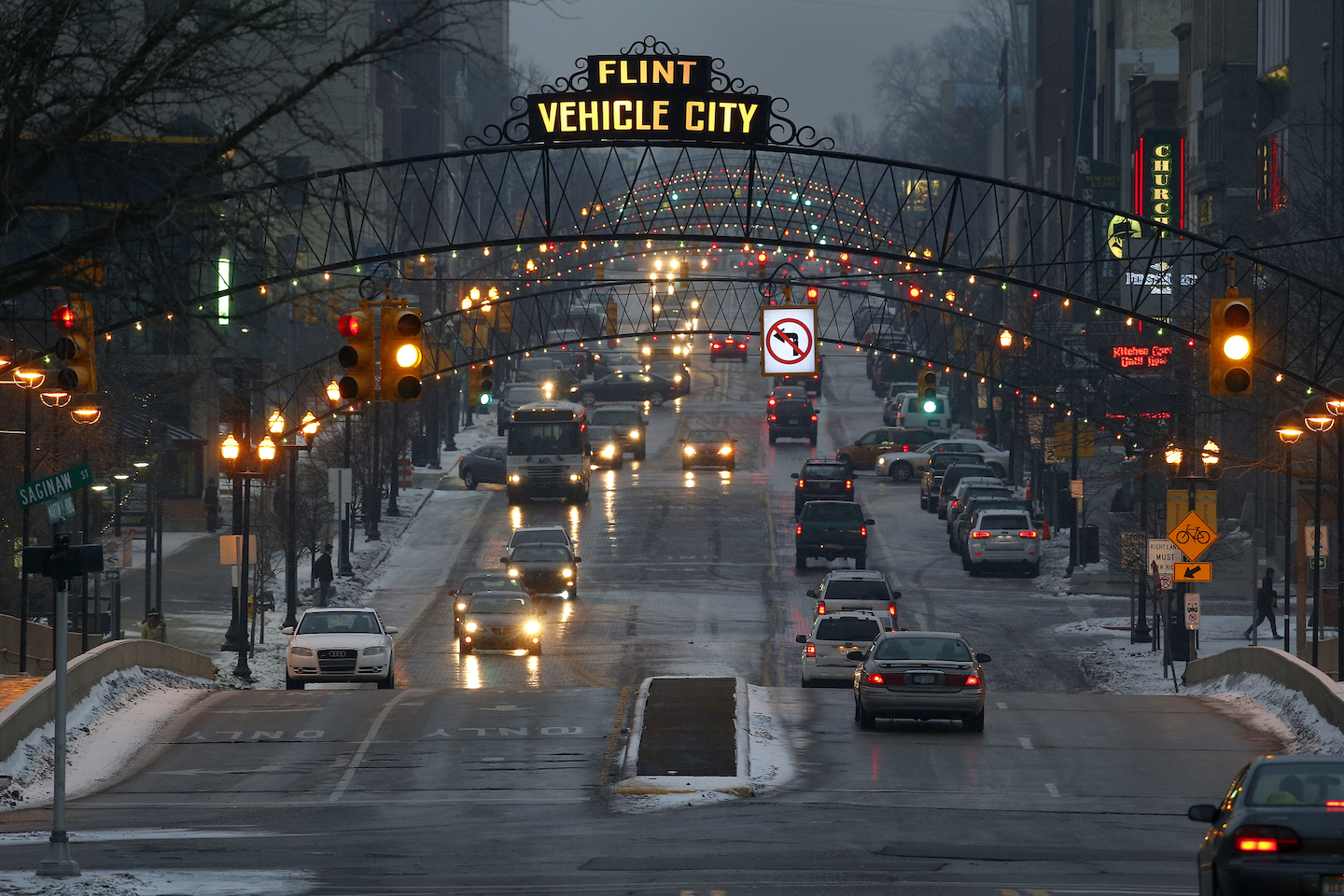 Vehicles make their way through downtown Flint, Mich., Thursday, Jan. 21, 2016. Residents in the former auto-making hub — a poor, largely minority city — feel their complaints about lead-tainted water flowing through their taps have been slighted by the government or ignored altogether. For many, it echoes the lackluster federal response to New Orleans during Hurricane Katrina in 2005. (AP Photo/Paul Sancya)

The order issued Thursday acknowledges the state notified EPA officials in April 2015 that Flint was not treating the river water with additives to prevent corrosion from pipes. It says Hedman and others in the regional EPA office voiced concern to state and city officials over the next few months. But it wasn't until Oct. 16 that EPA established a task force to provide technical help — the day Flint switched back to the Detroit water system.

"Mismanagement has plagued the region for far too long and Ms. Hedman's resignation is way overdue," said U.S. Rep. Jason Chaffetz of Utah, chairman of the House Committee on Oversight and Government Reform.

The EPA said McCarthy had sent a memo to all staff members establishing a policy assessing and responding to "critical public health issues."

The agency also released a letter from McCarthy to Snyder outlining terms of the emergency order, which says that city and state responses to the water crisis have failed.

The EPA "is deeply concerned by continuing delays and lack of transparency," the letter said, describing the measures as "essential to ensuring the safe operation of Flint's drinking water system and the protection of public health."

Among them: submitting plans for ensuring that Flint's water has adequate treatment, including corrosion controls; making sure city personnel are qualified to operate the water system in a way that meets federal quality standards; and creating a website where citizens can get information. 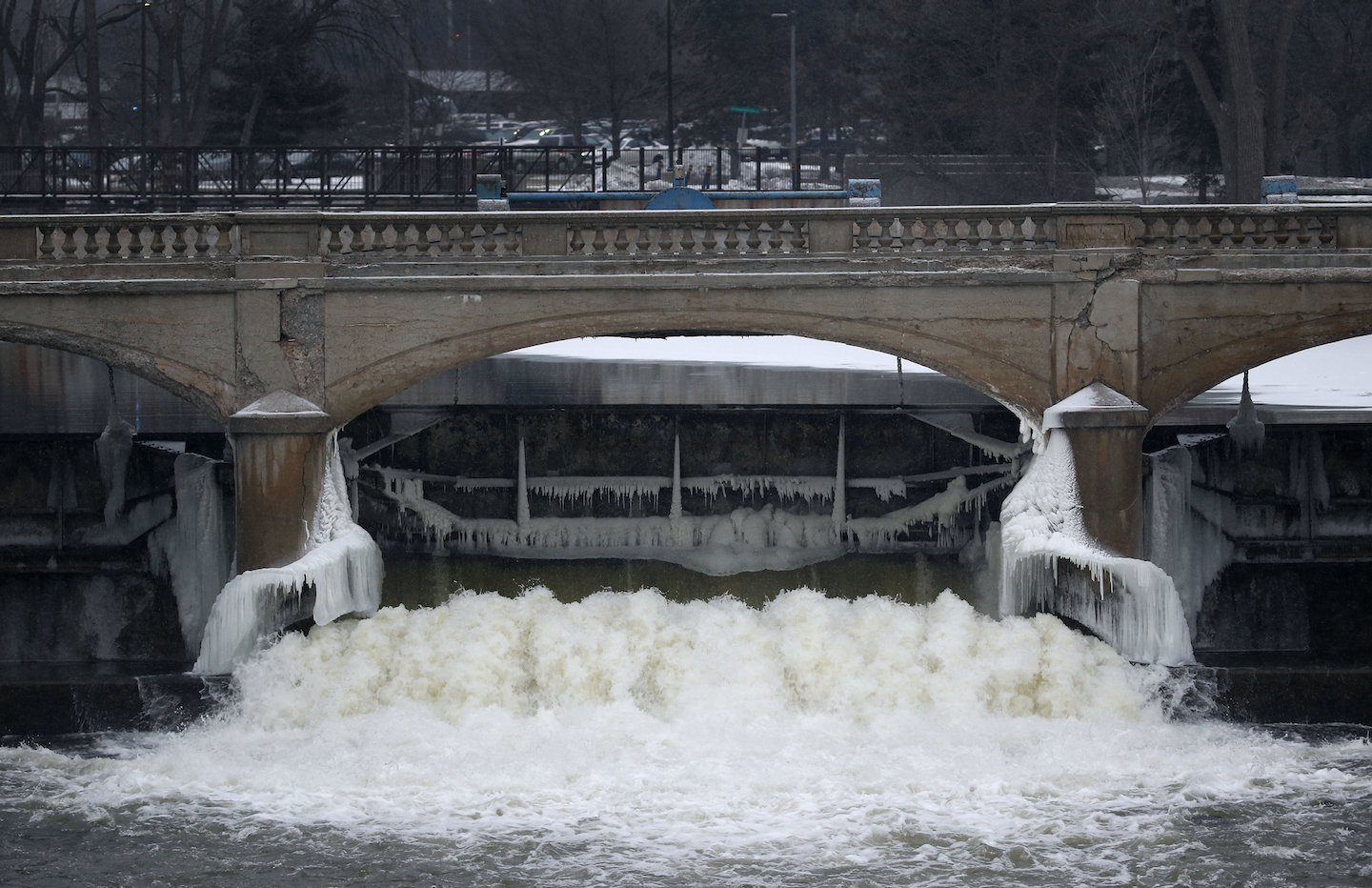 The Flint River, near downtown Flint, is the source of the lead-contaminated water now flowing through residents' taps. (AP Photo/Paul Sancya)

The agency also said it would begin sampling and analyzing lead levels and would make the results public.

Snyder's office released a statement saying the state would cooperate with EPA.

"As Gov. Snyder said in his State of the State Address earlier this week, government at all levels failed the people of Flint. He accepted accountability for that, and noted that federal, state, and local leaders broke the trust of the people," it said.

President Barack Obama said during a U.S. Conference of Mayors meeting Thursday that about $80 million in federal funding would be sent to Michigan next week — part of a nationwide investment in water system upgrades. It wasn't immediately clear how much would go to Flint. Obama met earlier this week with Flint Mayor Karen Weaver.

Also Thursday, Michigan officials said they still aren't certain whether there's a link between a drinking water crisis in Flint and an increase in local cases of Legionnaires' Disease.

A report by the Michigan Department of Health and Human Services says nine people died of the bacterial illness between June 2014 and October 2015 in Genesee County, which includes Flint. That's down from the 10 fatal cases reported earlier this month. Officials say the number was changed after they found some deaths weren't considered to have been caused by Legionnaires.

Eighty-seven Legionnaires' disease cases were confirmed between June 2014 and November 2015. About one-third of the infected people's homes received Flint water, which was found to have elevated lead levels after the city began drawing from the Flint River.