Range Resources is the most active drilling company in the state. 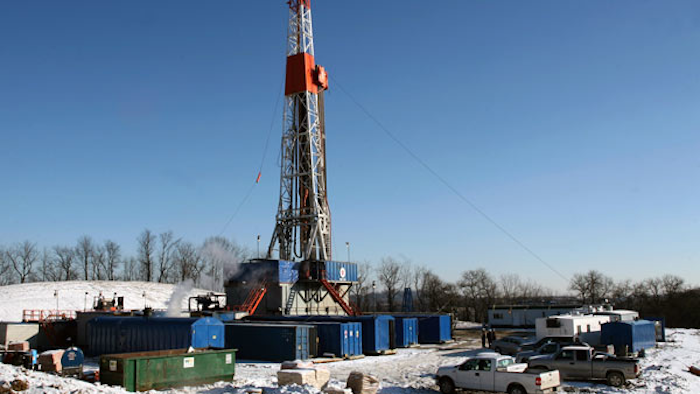 State environmental regulators are pursuing a record $8.9 million fine against a Texas-based energy company they say repeatedly failed to repair a natural-gas well that contaminated groundwater and a stream in north-central Pennsylvania.

The Department of Environmental Protection announced the proposed penalty Tuesday against Range Resources, whose more than 5,300 wells make it the most active drilling company in the state. Last year, Range paid $4.2 million for violations at a western Pennsylvania site that handled drilling wastewater, the largest fine for a company operating in the state.

"Today, we made it clear that we take seriously our responsibility to protect residents and Pennsylvania's natural resources," DEP Secretary John Quigley said.

The department said the colorless and odorless gas methane was detected in private water supplies and a stream following drilling and hydraulic fracturing at a Lycoming County site in 2011. It cited Range in 2013 and again in May for failing to repair and devise a remediation plan for what it said was a defectively cemented well.

"These are daily violations that have occurred for four years," Quigley said.

Range contended that any methane contamination is not its fault.

"We are very confident in the mechanical integrity of the well and we are equally confident that the environment and community is not at risk," it said in a statement. "We will continue to be transparent with the department with the substantial data we have that prove that the methane of concern exists naturally at the surface and subsurface in this part of the state, long before our activity, and is not in any way related to our operations."

Quigley said Range would be given an opportunity to discuss its differences with state regulators. He said the amount of the fine is "somewhat negotiable, depending on the conduct of the company and (its) response to our order."

Pennsylvania's natural-gas drilling boom began in earnest in 2008 with the exploration of the Marcellus Shale, the largest-known natural gas reservoir in the United States. Range has paid about $5.5 million of the more than $20 million in fines and penalties the state has collected from gas drilling firms during that period, DEP spokeswoman Amanda Witman said.