Bird Flu Leads to Cheaper Chickens in US

A bird flu outbreak in the Midwest that's boosted prices for eggs and roasting turkeys has actually resulted in cheaper chicken in the U.S., as many countries restrict imports of poultry products, the Department of Agriculture said in a report released Tuesday. 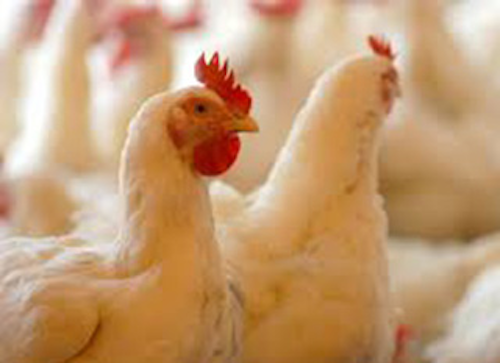 DES MOINES, Iowa (AP) — A bird flu outbreak in the Midwest that's boosted prices for eggs and roasting turkeys has actually resulted in cheaper chicken in the U.S., as many countries restrict imports of poultry products, the Department of Agriculture said in a report released Tuesday.

Even though bird flu has not found its way onto farms that raise chickens for meat, lower exports mean plenty of chicken available in the U.S., the agency said in its monthly report on the poultry market.

At the end of April, 181 million pounds of leg quarters were in cold storage, 80 percent more than last year. Leg quarters are the largest chicken meat export product.

May wholesale prices in the Northeast market for bulk leg quarters averaged 34 cents per pound, 32 percent lower than a year earlier. Prices for drumsticks were down 33 percent and boneless/skinless thigh meat was down 19 percent, the USDA said.

The frequency of new cases has slowed dramatically, with no new commercial barn cases in Minnesota in 11 days. Iowa went six days without a new case until Tuesday, when Iowa agriculture officials said a chicken farm with 1 million egg-layers tested positive.

The USDA lowered its forecast for table egg production this year to 6.9 billion dozen, a 5.3 percent drop from 2014. Fewer eggs created a supply shortage and higher prices. By late May, the price for a dozen Midwest large eggs had soared 120 percent from their mid-April pre-bird flu prices to $2.62, said Urner Barry, an industry analyst group. Prices began falling last week and were at $2.22 a dozen on Tuesday. Breaker eggs — those used in processed food and by bakers for cakes and cookies — soared 273 percent at the peak and have fallen only slightly in the last week.

Turkey production for this year is estimated at 5.6 billion pounds, a 3 percent reduction from 2014, the USDA said. The relatively small decrease is because production for the first three months of the year was 7 percent higher than a year ago, before the bird flu surfaced in the Midwest.

Prices for some turkey parts, including drumsticks, were lower than a year ago in April, but boneless/skinless breast meat was 8 percent higher. Whole frozen hens often used for roasting were 3 percent higher in May than the same month a year ago at $1.09 per pound. They are expected to climb to as much as $1.15 a pound in the third quarter.