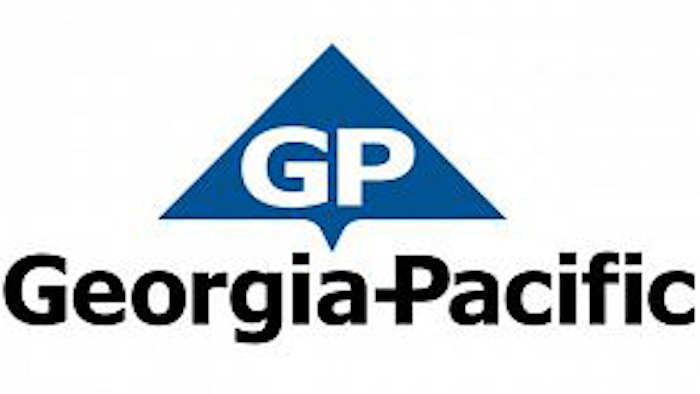 Even though he retired 25 years ago, Murphy Darden still finds pride in taking visitors to the site of the former paper mill in Parchment where he made a living as a painter.

But Darden admits the tour has become somewhat melancholy as what's left of the mill has decayed since it was vacated by the Crown Vantage Paper Co. in 2000.

"It's kind of heartbreaking when I drive by parts that have been torn down or are falling apart, but I know that things have got to go move on," Darden, 87, told the Kalamazoo Gazette. "Things can't stay exactly like they are as time passes."

Last week, city officials learned the former paper mill complex will soon be vacant for the first time since it was founded in 1909 as the Kalamazoo Vegetable Parchment Co. Georgia-Pacific — the final manufacturer occupying a portion of the 90-acre site of the former paper mill — announced it would close its Epic manufacturing plant that produced food wraps and other items for the food industry by the end of 2015.

"It blindsided us," Parchment Mayor Robert Heasley said of the news. "I'm still kind of in the shock mode."

While Heasley said Georgia-Pacific's departure essentially marks the end of the paper-making era for which the city acquired its name, he noted that a good portion of the city's residents weren't aware any manufacturers were still operating within the former mill property.

"I think a lot of our residents didn't realize it was there," Heasley said. "You can't see that plant without making an effort to drive in the back of the old paper mill."

Known as the "Paper City," Parchment was the company town KVP founder Jacob Kindleberger established for his employees.

Affectionately referred to by locals as "Uncle Jake," Heasley said it is difficult to imagine what the area would look like today without Kindleberger's involvement.

"If it hadn't been for Uncle Jake, we wouldn't have been here at all," Heasley said.

During its years in operation, the company printed numerous products out of parchment paper, including kitchen parchment, paper packaging and paper plates and cups.

The mill shut down in 2000 largely due to changes in the way paper was produced, said Joe Chadderdon, a 39-year employee and author of a self-published history of KVP and Parchment. Instead of cutting down trees and shipping the pulp to presses, new presses were built near forests that were four times faster than the ones in Parchment.

But like Darden, Chadderon said he knew long before Crown Vantage declared bankruptcy that Parchment likely wouldn't be able to remain a paper-making powerhouse forever.

"It just changed; times change and types of business have to change," said the 94-year-old Chadderdon. "It wasn't just happening to Parchment, it was happening to a lot of cities all over the United States.

"It's kind of sad, but times change and I guess you have to accept that."

But with change comes opportunity, something Heasley said city officials recognized when they created a two-phase plan to redevelop the old mill property.

In 2011, the city completed Phase I of the project, which involved demolishing what was referred to as "Mill No. 1" along Riverview Drive between the Advia Credit Union to the south and Island Avenue to the north.

Soon after, the city received federal assistance to create Bellisle Boulevard. New businesses, including a Twisters ice cream shop, Dollar General and the credit union, have since opened in the area.

However, Phase II plans to demolish Mill No. 2 and extend Bellisle Boulevard have been put on hold as the city explores funding options, Heasley said.

"We're honestly just barely making it financially and that's a $7 million or $8 million project, plus the road," Heasley said. "We can get help from the feds on the road, but we can't get help from anybody to remove the damn eyesore."

To remove the first portion of the mill, the city received a $1 million grant and a separate $1 million low-interest loan, both from the Michigan Department of Environmental Quality, Heasley said. But Heasley said the city is still working to repay the loan and is not considering taking out another loan to complete the remainder of the work.

Parchment resident Jack Pattok, who worked at the paper mill from 1974 until it closed in 2000, said he's grown tired of staring at the abandoned mill near his home.

"That building is an eyesore," Pattok, 61, said. "I wouldn't mind seeing a nice park or ball diamond there if they would finish tearing it down."

There had been talk of eventually developing that area for residential use, but Heasley said those plans are no longer in the works.

"You have to be realistic about your plan," Heasley said, pointing out Parchment's lack of quick access to interstate roads. "(Parchment) is not ever going to be a destination."

But the mayor said Parchment has a few "irons in the fire" that would involve bringing new manufacturers to the area. He declined to speak in detail about the prospects, but noted one in particular would utilize the former Hercules Inc. chemical plant that closed in 2004.

"We're working with somebody to fire that up," Heasley said of the structure that sits directly back from the Advia Credit Union. "So we have some prospects, but they are not retail and they are not residential."

City residents will have to wait to see if those talks come to fruition, but in the meantime, many are questioning what economic impact Georgia-Pacific's departure will have on Parchment.

Heasley said he suspects any economic impact won't be felt for some time, if at all since the mayor said Georgia-Pacific has "indicated a willingness to work with us to repurpose their facility."

"This won't affect day-to-day operations right away," Heasley said. "They still own the property and real property taxes don't depend on whether the property is occupied or productive."

Parchment Community Library Director Teresa Stannard, who has been working on a project to document the city's paper mill history with her staff since shortly after she arrived to Parchment in 2001, said she believes the city will remain strong in light of Georgia-Pacific's announcement.

"I'm heartened by the way the community has held together since 2000 when the plant finally closed," Stannard said. "They did then what they always have done: they pulled together, talked to one another and worked out the next step on the path. I'm sure this will be no different."

As the paper-making industry takes its final breath in Parchment, Darden said he's glad he constructed a to-scale model of the former KVP mill in the 1970s that has been displayed at the community library for more than three decades.

For him, it was a way to preserve and honor the legacy of the business and community he dedicated most of his working years to.

"The memories is lasting," Darden said. "That's all you got left."

This is an AP Member Exchange shared by the Kalamazoo Gazette.