Parts That Can Cause Toilets To Burst Are Recalled

Watch out for exploding toilets. Flushmate, the maker of a high-pressure flushing system sold at Home Depot and Lowe's, is expanding its recall of the parts, because they can burst near a seam with force enough to shatter the toilet tank.

Flushmate, the maker of a high-pressure flushing system sold at Home Depot and Lowe's, is expanding its recall of the parts, because they can burst near a seam with force enough to shatter the toilet tank.

The Consumer Product Safety Commission says Thursday that the company is recalling 351,000 units in the U.S. and about 9,400 units in Canada of the Series 503 Flushmate 111 Pressure Assist flushing systems installed inside toilet tanks that were made from March 2008 through June 2009.

There were no reports of injuries, but Flushmate has received three reports of the units included in the recall bursting, resulting in property damage.

The consumer agency says consumers should immediately stop using the recalled system, turn off the water supply to the unit, flush the toilet to release the internal pressure and contact the firm to request a free repair kit.

Flushmate of New Hudson, Mich., is a division of Sloan Valve Co.

Engineer Gets $2.5M to Make Smart Materials for Aero Industry 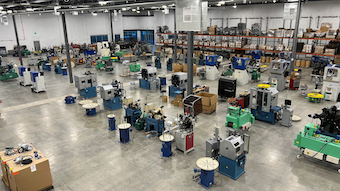 Newcomb Spring of Colorado Moves to New Location in Denver 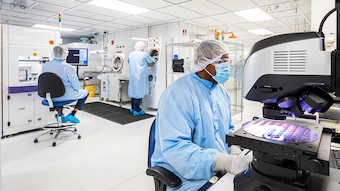 The products will go into next-generation defense applications.
Oct 27th, 2021 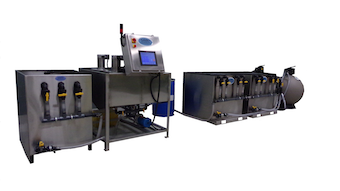 Such systems also reduce the cost of treatment, labor and disposal when the proper Cleartreat separating agents are used.
Oct 26th, 2021 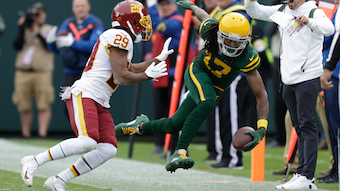 A group of manufacturing industry leaders are on tap to present.
Oct 18th, 2021
Follow Us
Most Recent