The Supreme Court is taking up a pregnancy discrimination case with the potential to affect many American women who continue to work throughout their pregnancies. The case before the justices Wednesday involves a former driver for United Parcel Service who wanted a temporary assignment... 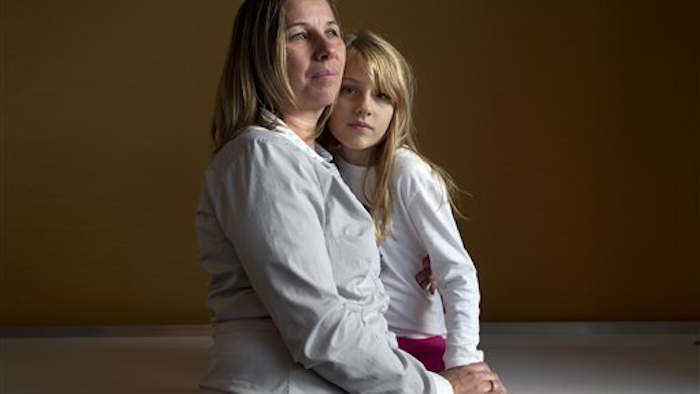 The Supreme Court is taking up a pregnancy discrimination case with the potential to affect many American women who continue to work throughout their pregnancies.

The case before the justices Wednesday involves a former driver for United Parcel Service who wanted a temporary assignment to avoid lifting heavy packages after she became pregnant in 2006.

UPS refused to accommodate driver Peggy Young, who did not return to work until two months after she delivered her baby.

The court is weighing whether the company's actions violated the 36-year-old federal Pregnancy Discrimination Act.

Young says she should have been offered light-duty work because some UPS workers were.

The Atlanta-based package delivery company says it will voluntarily offer pregnant women light duty starting in January. But the company contends it complied with the law in Young's case.

The question at the Supreme Court is whether UPS was required to accommodate Young, 42, because it gave temporary assignments to some workers, including those who were injured on the job or had a condition that was covered by the Americans With Disabilities Act.

The Obama administration and an unusual array of liberal and conservative interest groups are backing Young, who lives with her 7-year-old daughter, Triniti, in Lorton, Virginia.

Young's dispute with UPS arose after she gave her supervisor a doctor's note recommending that she not lift packages heavier than 20 pounds. Young said she dealt almost exclusively with overnight letters, but UPS said its drivers must be able to lift packages weighing up to 70 pounds. Young left the company in 2009.

The U.S. Chamber of Commerce is among those on UPS' side. The chamber says many of its members do provide additional benefits to pregnant workers, but says policies at thousands of companies would be upended if the court were to rule for Young. Lower federal courts have rejected her claim.

Since the justices agreed in July to hear the case, the Equal Employment Opportunity Commission updated guidance to employers to make clear that they should accommodate people in Young's situation. Yet the U.S. Postal Service, an independent federal agency, maintains the practice that UPS has now abandoned, UPS said in court papers. The Postal Service declined to comment.