The fine is for failing to meet a deadline to provide airlines with instructions on how to prevent fuel tank explosions. 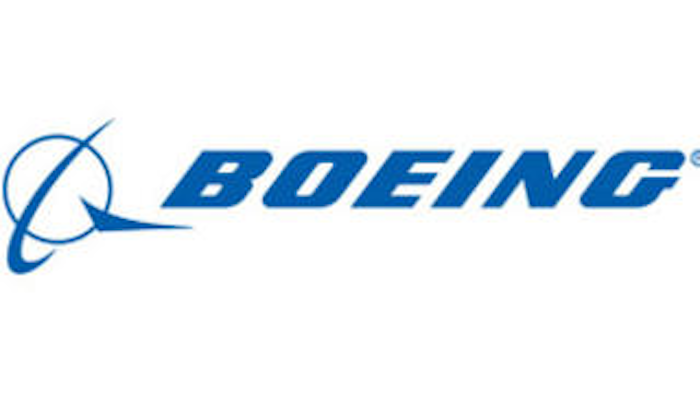 WASHINGTON (AP) — The Federal Aviation Administration on Friday proposed fining Boeing $13.5 million for failing to meet a deadline to provide airlines with instructions on how to prevent fuel tank explosions like the one that destroyed TWA Flight 800 off the coast of Long Island, N.Y., 16 years ago, killing all 230 people on board.

The fine — the second largest the FAA has ever proposed — underscores the difficulty the agency has had prodding industry to comply with important safety regulations that can be complex or expensive to implement.

In July 2008, then-Transportation Secretary Mary Peters held a news conference along with the FAA and the National Transportation Safety Board to celebrate new regulations aimed at preventing another tragedy like the one in 1996, when a fuel tank on the Boeing 747 exploded minutes after takeoff from John F. Kennedy Airport. Victims' relatives were on hand for the news conference, which was held in the building where the doomed plane's wreckage had been reconstructed in the investigation.

Four years later, not only has Boeing been late in meeting those regulations, but airlines are balking at making some of the aircraft fixes they're required to make.

The longer airlines can delay retrofitting the fuel tanks of older planes, the fewer repairs they'll have to make because those planes are continually being replaced with newer aircraft with differently designed tanks, said John Goglia, a former NTSB member and expert on aircraft maintenance.

"Every plane they don't have to retrofit is going to save them a lot of money," he said.

U.S. airlines, through the trade group Airlines for America, have been asking the FAA to extend the deadlines for retrofitting their fleets, which fall in 2014 and 2017. "There is simply not enough time to retrofit airplanes ... by the rule's deadline," the group wrote to the FAA on March 28.

On Friday, the FAA said it would not issue a blanket extension but would consider extension requests by individual airlines for the 2014 deadline when they must retrofit half their fleets.

"The safety of airline passengers and employees is the highest priority for our members, and as such, we follow the rigorous standards set by the FAA, including only installing FAA-certified modifications on our aircraft," the airline trade group said in a written statement on Friday. "Our members are working with the FAA to complete the approved modifications."

The FAA's regulations required aircraft manufacturers to develop design changes and service instructions for installing systems to reduce the risk of fuel tank flammability by Dec. 27, 2010. Other manufacturers met the deadline, but Boeing was 301 days late on providing instruction for its 747 planes and 406 days late for its 757 planes, the FAA said Friday.

Boeing Co. spokesman Miles Kotay said the aircraft maker "has made pioneering efforts in the complex process of developing and certifying the fuel-tank inerting systems at issue and is committed to continuing those efforts."

He said Boeing has put the nitrogen generating systems the FAA wants on all planes it has built since August 2010. And since June 2008, the systems have gone on every 737, he said. The nitrogen makes it harder for volatile gases to ignite. Boeing makes more of those planes than any other model.

The FAA's penalty involves older 747s as well as the 757, which Boeing no longer makes. Both planes are flown by Delta, United and Continental. The 757 is also flown by American Airlines and US Airways. In total, 383 U.S.-registered planes are affected by these delays, the FAA said.

An investigation by the NTSB determined the TWA explosion was caused by a buildup of oxygen in a partially empty fuel tank while plane sat in the summer sun waiting to take off.

For years, it appeared there was no economical way to redesign fuel tanks on existing planes. But an FAA employee persisted in trying to find a reasonable technological fix to the problem ultimately leading to the solution lauded by officials as example of the agency at its finest at the 2008 news conference.

Goglia said the FAA developed the nitrogen protective system as an affordable, light safety measure — "something Boeing said couldn't be done — and after all that good work we now have foot-dragging by the industry not to do it."

The largest fine FAA has ever proposed was $24.2 million against American Airlines for failing to make required repairs to the wiring of some planes. Although that fine was proposed two years ago, the FAA is still in negotiations with the airline — which filed for bankruptcy last year — on a final settlement. The next largest proposed fine was $10.2 million against Southwest in 2008 for safety violations. The fine was settled for $7.5 million.