For years, operators faced with the difficult task of cooling electronics panel in hazardous locations such as the mining, petrochemical, oil and gas industries had few options. 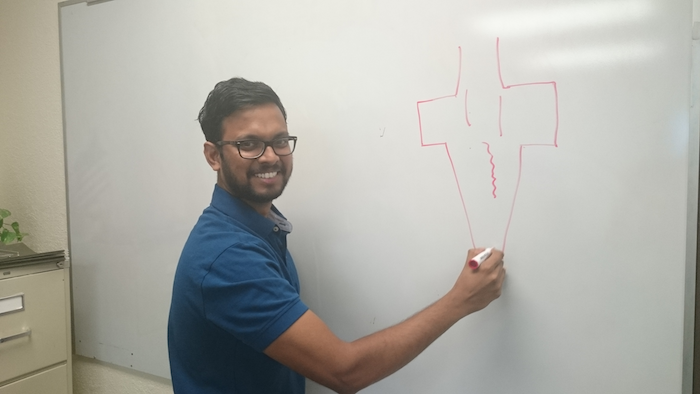 For years, operators faced with the difficult task of cooling electronics panel in hazardous locations such as the mining, petrochemical, oil and gas industries had few options. The most common was the air conditioner, which gets the job done but often at an unacceptable cost. That’s because there is no efficient stop/start with A/Cs, which must run 24/7 to maintain constant cooling. Those costs are exacerbated by what can be described as overkill in that the cooling temperatures from A/Cs are far below those needed to effectively and efficiently cool the panels. Expenditures for such operations can be prohibitive; so is the carbon footprint of non-stop energy use.

Yet the most cost-efficient possibility could not be considered among the options because it had not been certified for use in hazardous locations. The heat exchanger (HX), the venerable heat transfer device with a considerably low energy draw, has been the cooling choice for non-hazardous condition panel cooling, but without hazardous location certification, operators had no choice but to rely on A/Cs, vortex coolers or fans suitable for use in combustible environment.

That has changed in 2015. Certifications in the United States and Canada (UL/cUL) and Europe (IECEx and ATEX) have been awarded to specific air-to-air and air-to-water HXs for use in Class I/Division2 and Class 1/Zone 2—the European designation for the same location. The reason: the threat of a spark or electric charge produced by an HX in a combustible atmosphere has been eliminated.

Avoiding Explosive Risk
A change in heat exchanger components to a heat pipe core technology is the primary reason the certification agencies awarded the hazardous location use designation. Older technology HXs relied on a heat transfer system consisting of folded or stacked aluminum sheets in a core design that enabled airflow. These systems, effective as they were, could not be certified for use in oil, pipeline and mining operations because their design could lead to a spark and most likely ignition. Although ignition might or might not have been catastrophic the potential was enough to keep these HXs from being certified.

The heat pipe core has eliminated the possibility of spark and/or ignition. There is no build-up of a static charge as the heat pipe core transfers heat from inside the cabinet to the outside. No static charge means no chance of spark, a fact noted by the certification agencies. Non-sparking and protected sparking electrical components contained within the design allow these types of HXs to function safely in a non-purged enclosure.

The certificated technology—a heat pipe core with fins—transfers the heat and waste energy. Air circulating within the cabinet draws the hot air over the core, but still prevents hot spots that can be damaging to the circuitry and panel. In fact, these HXs have been designed to provide NEMA 4X and IP 66 levels of ingress protection, which is reassuring to users who justifiably demand that the expensive components of their panels are shielded from any potentially harmful elements.

Besides eliminating the possibility of spark or emission, the HXs have been designed to withstand the high operating temperatures associated with functioning in Class I/Division2 (or Zone 2 in Europe) hazardous location environments. The certified exchangers also deliver ingress protection from dust and water (under normal operating conditions) and are built to withstand the corrosive and harmful impact of gases and liquids in their operating environments.

Two types of HXs have been awarded certification:  air-to-air and air-to-water. The former utilizes heat pipe core technology for its heat transfer and cools to ambient temperatures. The lightweight exchangers have low power draws so there is no need for separate circuits. Their operating power can be generated by either standard AC fans for DC fans powered by solar battery packs.

The technology is somewhat different for the air-to-water heat exchangers, which can be easily connected to any facility water supply. Their core consists of copper tubing, however stainless steel tubing is recommended if the water source is found to contain potentially harmful contaminants. The air-to-water HXs are capable of cooling to below ambient temperatures if needed, but unlike air conditioners, the exchangers do not require compressors or refrigerants.

Energy and cost efficiency associated with heat exchangers since their inception is even more pronounced with the hazardous location certificated models. The air-to-air HXs require only 70 watts while air-to-water uses far less—just 35 watts. By comparison, comparable air conditioners require more than 10 times the power—an average of 851 watts. Cost and energy savings are readily apparent in these comparisons.

How Industry Applies The Technology
Industries that can now use the certified heat exchangers for their electronic panels in hazardous location say the HXs are fulfilling their efficiency promise in the Class I/Division2 environment. One example is Alliance Pipeline of Calgary, Alberta and Eden Prairie, Minn. For component cooling along its pipeline, Alliance has installed 10 remote units in locations where there are no power lines. The company’s air-to-air exchangers rely on battery-powered 24 VDC circuits. Alliance reports that the locations have ample direct sunlight, which enables use of solar-powered batteries. Each exchanger is situated in small pump stations where direct sunlight and equipment in the stations generate heat. None of that has been a problem for the HXs according to Alliance, which continue to function normally and sufficiently cool the panels. The performance of their HXs has led Alliance to order more than 40 additional HXs for other remote pipeline sites.

There appears to be little doubt that UL/cUL, IECEx and ATEX certification of heat exchangers in hazardous locations signals the arrival of a new alternative for operators looking for efficiencies of energy and costs for their panel cooling.