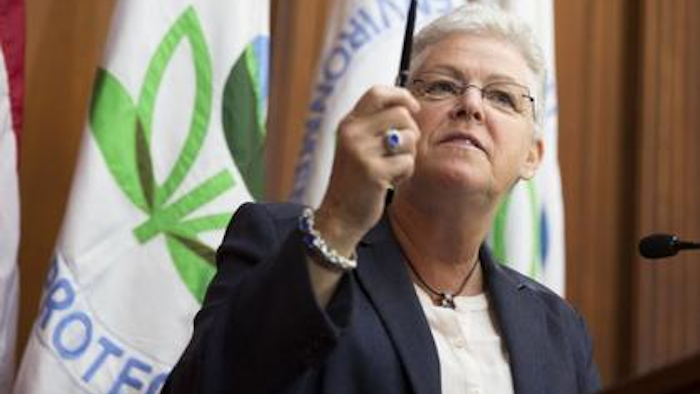 Business groups panned the Environmental Protection Agency's proposed ozone rules as unnecessary when they were announced last fall, calling them the costliest regulation in history and warning they could jeopardize a resurgence in American manufacturing.

But EPA Administrator Gina McCarthy argues that public health benefits far outweigh the costs and says most of the U.S. can meet the tougher standards without doing anything new.

The rules are causing a ruckus on Capitol Hill even before the final plan is announced. The EPA is expected to act by Thursday to set a new ozone limit of 70 parts per billion or less in the atmosphere, down from the existing standard of 75.

Janet McCabe, the EPA's top air regulator, will defend the rule on Tuesday at a Senate hearing called by Republicans who have vowed to "rein in" an agency they say has run amok.

Sen. James Inhofe, R-Okla., chairman of the Senate Environment and Public Works Committee, said the ozone proposal will have negligible environmental benefits and comes with huge economic costs. Instead of creating a job-killing mandate, the EPA should focus on helping counties across the nation that have not yet met the current standards, he said.

"A new standard at this time is not only irresponsible, but also impractical and economically destructive," Inhofe added.

But Paul Billings, senior vice president of the American Lung Association, said EPA should not consider cost, but instead focus on protection of the public's health and safety.

Once a standard is set that protects the public, then cost can be factored in, Billings said. The lung association has played a key role in development of ozone standards through a series of legal actions over the past two decades.

"Less smog means better health for all of us," Billings said.

The National Association of Manufacturers is leading opposition to the new rule and argues in TV ads that the current ozone rule works. The ad features a video clip of Obama saying the U.S. has largely "solved" the smog problem since the days when thick air pollution in Los Angeles and other big cities made it difficult to breathe.

"With air quality the best it's been in decades and still improving, bipartisan leaders across the United States agree now is not the time for a new ozone rule," said Jay Timmons, the group's president and CEO.

Cutting ozone emissions to 70 parts per billion would cost industry about $3.9 billion in 2025, the EPA estimated, while a stricter limit of 65 would push the cost up to $15 billion. A price tag that high would exceed that of any previous environmental regulation in U.S. history.