Frictionless D2C ecommerce represents the best way forward for manufacturers to take advantage of the ever-increasing growth of online sales while still maintaining that sales through their existing retail partners aren’t negatively impacted. 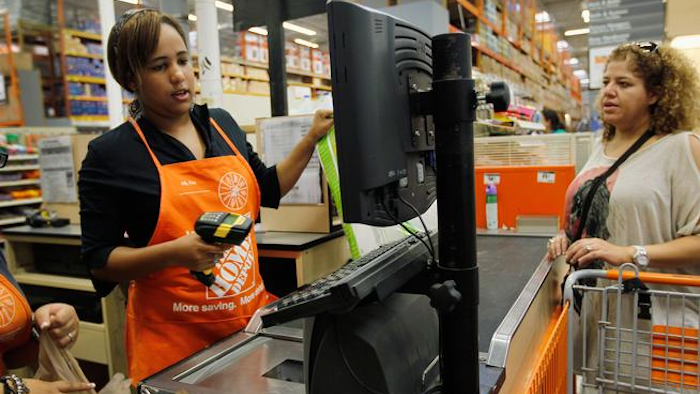 Ask manufacturers to name their key goals for any major business shift or technology investment and they will undoubtedly highlight the need to achieve change without disruption. That’s a valuable and lofty goal, but one that can be very hard to finesse without first taking the time to carefully think through how to implement the business or technology shift and then determine the likely consequences of that change. Adopting this kind of measured approach is particularly relevant for manufacturers considering establishing their own direct-to-consumer (D2C) ecommerce presence.

Online sales continue on a strong growth trajectory with U.S. retail ecommerce sales accounting for $263.3 billion or 5.8 percent of total retail sales in the U.S. in 2013, according to U.S. Census Bureau data cited by consultancy PricewaterhouseCoopers (PwC). Analyst firm Forrester Research predicts U.S. online retail sales will reach $294 billion in 2014 and will grow to $414 billion by 2018 to then account for 11 percent of all retail sales. So, it’s no wonder manufacturers see ecommerce as a potential strong revenue generator.

THE APPEAL OF D2C ECOMMERCE

Manufacturers have a variety of other reasons for investing in D2C ecommerce beyond the simple desire to grow existing revenue. For some manufacturers, the move is about being able to strengthen their brand or customer loyalty, while others are keen to gain closeness to consumers in the hope of harnessing customer feedback on how to improve the mix and design of current products and collect ideas for future offerings.

Manufacturers are also responding to recent shifts in consumer online buying behavior which indicate that shoppers are much more open to purchasing products directly from websites of the makers of those products and are also a lot more interested in how and where those products were made. Seventy percent of U.S. consumers responding to PwC’s retail survey said they already purchase directly from manufacturing brands, up from 52 percent in 2013. Consumers are also more actively tracking and engaging with manufacturers, for instance, PwC reported that 59 percent of retail survey respondents follow favorite brands via social media, 51 percent have interacted with the brands, and 56 percent have posted comments about those brands.

Getting an ecommerce operation up and running and integrated with the rest of a manufacturer’s business is a lot easier, faster, and more cost-effective than it used to be thanks to tightly integrated cloud-based business management suites from software vendors like NetSuite. At the same time, a manufacturer will need to get quickly up to speed with all that running a D2C ecommerce operation entails. Manufacturers need to invest in an engaging and responsive website which is optimized to be accessed by all kinds of Internet-enabled devices including smartphones and tablets. They also need to ensure they are efficiently managing consumer-oriented inventory, order management and fulfillment, and that they have a product returns and customer support operation in place. When directly serving and interacting with consumers, manufacturers must be able to rapidly and clearly respond to and resolve customer concerns and issues wherever they are voiced including on social media.

Of course, as a manufacturer looks to create a D2C ecommerce operation, it’s not a move they should contemplate making in isolation. Manufacturers undoubtedly already have several or many existing channel relationships with retail partners ranging from big-box chains to small mom-and-pop stores. These relationships may represent years of investment and generate significant revenue for manufacturers and retailers, so a manufacturer needs to move cautiously into D2C ecommerce so as not to jeopardize those long-standing and lucrative partnerships.

As a general rule of thumb, what manufacturers should be looking to achieve with a move into D2C ecommerce should complement rather than conflict with what retail partners already offer both online and within brick-and-mortar stores. So, manufacturers shouldn’t simply duplicate what retail partners provide but instead look for areas of differentiation, which play to their strengths as product designers, creators, and makers in order to achieve peaceful coexistence with existing channels.

HOW TO PLAY WELL WITH RETAILERS

With that in mind, here are some pointers for manufacturers, which draw on some real-life examples of NetSuite manufacturing customers who also run D2C ecommerce operations:

Clarify the D2C ecommerce focus. Manufacturers need to carefully research the optimal focus for their venture into D2C ecommerce so as to create an online presence that complements those already offered by retail partners. For instance, OYO Sports, based in Acton, Mass, manufactures mini-figures of baseball, football, and hockey players for fans of those teams, and sells them through a large number of retailers and via its own website. However, OYO Sports’ D2C ecommerce presence serves another purpose – driving overall awareness of the manufacturer’s brand by building fan engagement through the use of ‘play of the week’ mini-figure videos, blogs, and other content related to sporting news and events. GameWear, based in Hoboken, NJ, makes bracelets, necklaces, and other items including pet collars out of sports ball materials and brands them with sports team logos. One feature of GameWear’s D2C ecommerce operation is the opportunity for consumers to contract with the manufacturer to create personalized products for a local team or branded with a pet’s name. Other manufacturers position their D2C ecommerce presence as the place for consumers to purchase spare parts, add-ons, or service plans for their products, but not the full product, which consumers can buy from the manufacturer’s retail partners.

Work together, not in opposition. Manufacturers can make retail partners feel included, not excluded by ensuring that the new D2C ecommerce website features clear links to those partners’ sites and/or brick-and-mortar stores. In that way, manufacturers can highlight retailers as alternative purchase destinations, which may be particularly beneficial to real-world stores if the products are ones that some shoppers might want to see or try out in person before buying. Also, manufacturers shouldn’t try to cannibalize existing channel online revenue, for example, by selling products below the previously established manufacturer’s suggested retail price (MSRP).

Share content and intelligence. Another way for manufacturers and retail partners to cooperate is in pooling the wealth of historical and current knowledge they already have so that manufacturers can educate themselves on consumers and retailers can gain access to more information about the manufacturing process. As noted earlier, consumers are increasingly interested about where products originate and how they are made, particularly in relation to how ‘green’ products and their manufacturers are. If a manufacturer can work with its retail partners to spread the word to consumers about its ‘green’ commitment, that knowledge may lead to increased revenue.

CONSUMERS CARE ABOUT PRODUCTS AND BRANDS, NOT CHANNELS

While consumers tend to remain loyal to particular manufacturing brands, they are demonstrating less commitment to a single purchasing channel such as an individual retailer. The ability to buy online via mobile devices like smartphones and tablets means consumers are much more often in potential ‘purchase mode’ leading them to switch between different purchasing channels. This is why it’s more important than ever that manufacturers do work closely with their retail partners to ensure that consumers are able to purchase the products manufacturers make wherever, whenever, and however consumers choose.

Frictionless D2C ecommerce represents the best way forward for manufacturers to take advantage of the ever-increasing growth of online sales while still maintaining that sales through their existing retail partners aren’t negatively impacted.

Ranga Bodla is the industry lead for wholesale distribution at NetSuite.