Chem.Info's Top Stories of 2014—And What Happened Next

For chemical manufacturers, 2014 was a year of upbeat economic times — but this year wasn’t without its downbeat news, as accidents, recalls and even a murder mystery were thrown into the mix. Before we wave goodbye to 2014 forever, let’s revisit Chem.info’s most-clicked-on articles of the year and find out where the stories are now. 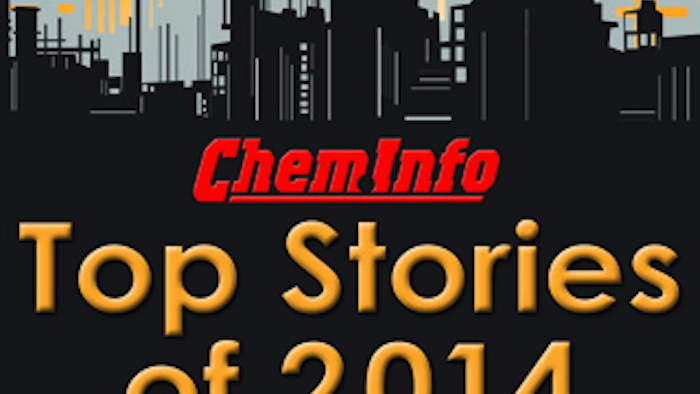 For chemical manufacturers, 2014 was a year of upbeat economic times, as the industry continued to rebound and grow on many fronts. But this year wasn’t without its downbeat news, as accidents, recalls and even a murder mystery were thrown into the mix. So before we wave goodbye forever, let’s revisit Chem.info’s most-clicked-on articles of the year and find out where the stories are now.

No. 5: Explosion at Ethanol Plant

The story: In July, an explosion rocked an ethanol plant in northwest Iowa. A company spokesperson for the Flint Hills Resources plant said the explosion happened in a grain dryer. No injuries were reported.

The plant employed around 50 workers.

Then what? After the explosion, the plant was shut down and authorities were investigating the cause.

Flint Hills Resources, a refining, chemicals and grain processing company that’s a subsidiary of Koch Industries, has weathered other ups and downs over the year. In September, the company announced it had purchased its seventh ethanol plant.

Meanwhile in the same month, the EPA reached a settlement with Flint for allegedly mishandling hazardous waste generated during groundwater cleanup at a petroleum refinery in North Pole, Alaska. The settlement included a civil penalty of $80,000.

No. 4: Mine Spills 10 Million Gallons of Acid Into River

The story: In August, a civil defense official said that a private mine in northern Mexico did not report a massive acid spill and that it flowed into a river supplying water for tens of thousands of people. The spill of about 10 million gallons of mining acids including pollutants like arsenic was detected by residents downstream. The spill affected the Bacanuchi and Sonora Rivers, and left 25,000 people without water, many of whom continued to bathe in and drink from wells contaminated by the spill for days after the incident.

Then what? Mexican officials called it one of their country’s worst mining disasters — and it only got worse after heavy rains a month later caused the river to swell and drench nearby fields in toxic water.

According to Arizona Daily Star, the company responsible for the spill, Grupo Mexico, created a $150 million trust for cleanup and to help residents. They also distributed millions of liters of water to communities affected by the spill.

Yet, weeks after the spill, residents had taken to the streets to protest Grupo Mexico’s response to the incident, saying that not enough was being done to ensure a supply of clean water and pay for the damages inflicted by lost agriculture and livestock. The Arizona Daily Star reported that less than two dozen cases of severe intoxication had been reported by those who had been in contact with the polluted water, but there could be many more suffering in silence.

The spill has also hurt the reputation of the mine and the Sonora River, which some say is now equated with contamination. Though officials monitor the water, many are skeptial about using it. A council of local government officials also continues to monitor the river for possible short- and long-term pollution and possible related health problems for residents.

The story: In May, AP reported that detergent manufacturer Procter & Gamble prompted anger in Germany after unintentionally placing a neo-Nazi code —a larger number “88” — on promotional packages for Ariel washer powder. According to AP, “The use of Nazi slogans in public is banned in Germany, which neo-Nazis try to circumvent by using codes. ‘88’ represents ‘Heil Hitler.’”

Then what? Red-faced Procter & Gamble apologized for the incident, with the explanation that the number was meant to promote 83 plus five, or a product that would give an additional five washes compared to the usual 83. But because of the uproar, they were also forced to stop shipping a liquid detergent with the number “18” prominent on the label, as it could be misidentified as the symbol for A and H (the 1st and 8th letters of the alphabet), or Adolf Hitler.

No. 2: Body Found at IN Alcoa Plant

The story: In February, workers at an Indiana aluminum plant discovered the body of a man on a conveyor belt at a coal-unloading facility. By the next day, the body was identified as 35-year-old Joseph Nelson and the police reported that they suspected foul play.

Then what? Within a week, local media reported that three people had been arrested in connection in the death and were charged with murder and conspiracy to commit murder. The police reported that Nelson was acquaintances with the murder suspects and that security cameras were instrumental in bringing about the charges.

As of now, four suspects have been charged in the case and in September, one of the suspects, Shawn Grisby (seen left), was sentenced to 20 years after pleading guilty to conspiracy to murder. If convicted of murder, Grisby would have faced life without parole. Investigators believe that Grisby and the three other suspects shot Nelson near a railroad track and then dumped his body in a coal car, before it was found in the coal-handling system.

The story: On June 15, the AP reported that in India, “an angry mob of workers wielding iron rods and stones beat the CEO of a jute factory to death in a dispute over increasing their working hours.”

The CEO, 60-year-old H.K. Maheshwari, was survived by his wife, two grown daughters and a son. In addition to denying the workers an increase in hours so they could be paid more, Maheshwari had proposed shutting down the plant for a few days to save money.

Then what? Right after the incident, six suspects were arrested and at least two were to be charged with murder. That wasn’t the end of the sobering troubles for the Northbrook Jute Co. mill, located in the eastern Indian state of West Bengal. Following the murder of the CEO, the mill was closed for weeks — then a 45-year-old employee of the mill was found dead of apparent suicide. The worker’s family reported that the mill’s frequent closing had caused the man financial hardship and severe depression.

After the suicide, management decided to reopen the century-old mill, which employs about 4,000 workers.

Since the incident, other angry worker mobs have killed or attempted to kill other plant managers in India, and the issue of “militant labor unionism” continues to cast some gloom over India as a business-friendly country.