Boeing engineers are working to provide a flight experience that feels like much more than a stuffy flight with strangers. 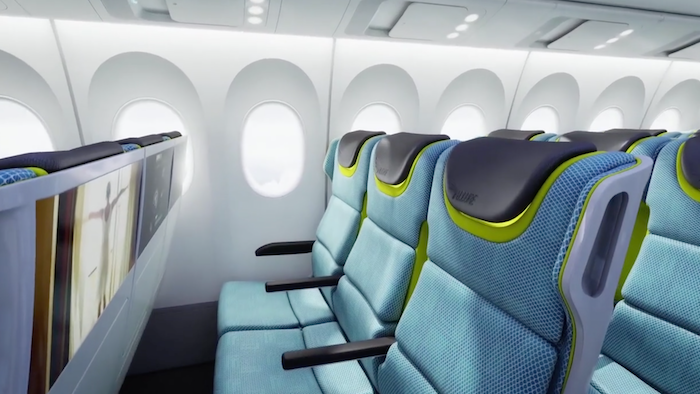 Boeing plans for this to be the look of its economy class seating in future aircraft. (Image credit: Boeing)

There have been many advancements in airplanes since the first commercial flight took off more than a century ago, but despite the improvements in flight capabilities, the appearance of airplane interiors remain bland. Boeing hopes to change this.

According to a statement from Boeing’s product development team for commercial airplanes, its engineers are working to provide a flight experience that feels like much more than a stuffy flight with strangers.

The vision, which is conveyed in a video, demonstrates not-so-complicated improvements that would dress the ceilings of airplane cabins with mood-altering clips of the cosmos. 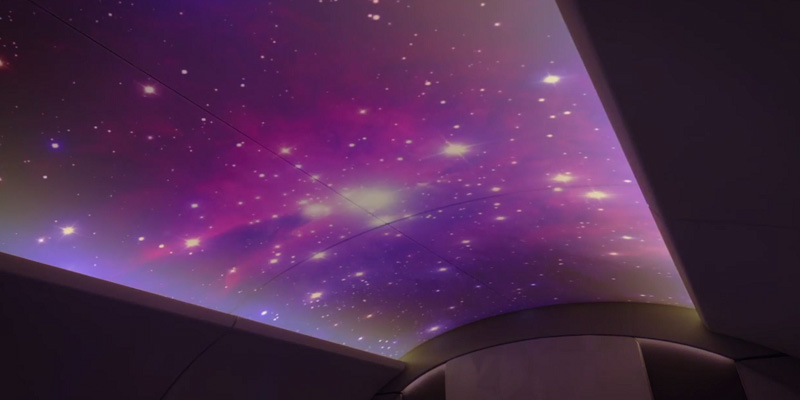 Boeing hopes that the passengers of its airplanes will soon see visuals like this above their heads. (Image credit: Boeing)

“These ceiling projections could be scenes found in nature or helpful information for passengers projected on the walls and bulkheads,” said Mike Sinnett, Boeing Commercial Airplanes VP of product development. “Airlines could use these lighting enhancements on the walls and bulkheads to display information about the destination or to project scenes that get passengers thinking about where they’re going. The possibilities are endless about how this technology could be used.”

Looking to at least attempt to sleep during your red-eye flight? Airplanes could give its ceilings projections that are more related to the night, such as a starlit sky. Want to feel more like you’re in the outdoors during the day? You can be immersed in blue, sunny skies.

Also shown in the video is Boeing’s plan to cover a large portion of a seat’s backside with a neat cinematic experience. A large projection television would sit toward the front end of the cabin. Flight attendants would have trendy bar to fix up beverages. (The quality of those drinks doesn’t seem to be guaranteed.) 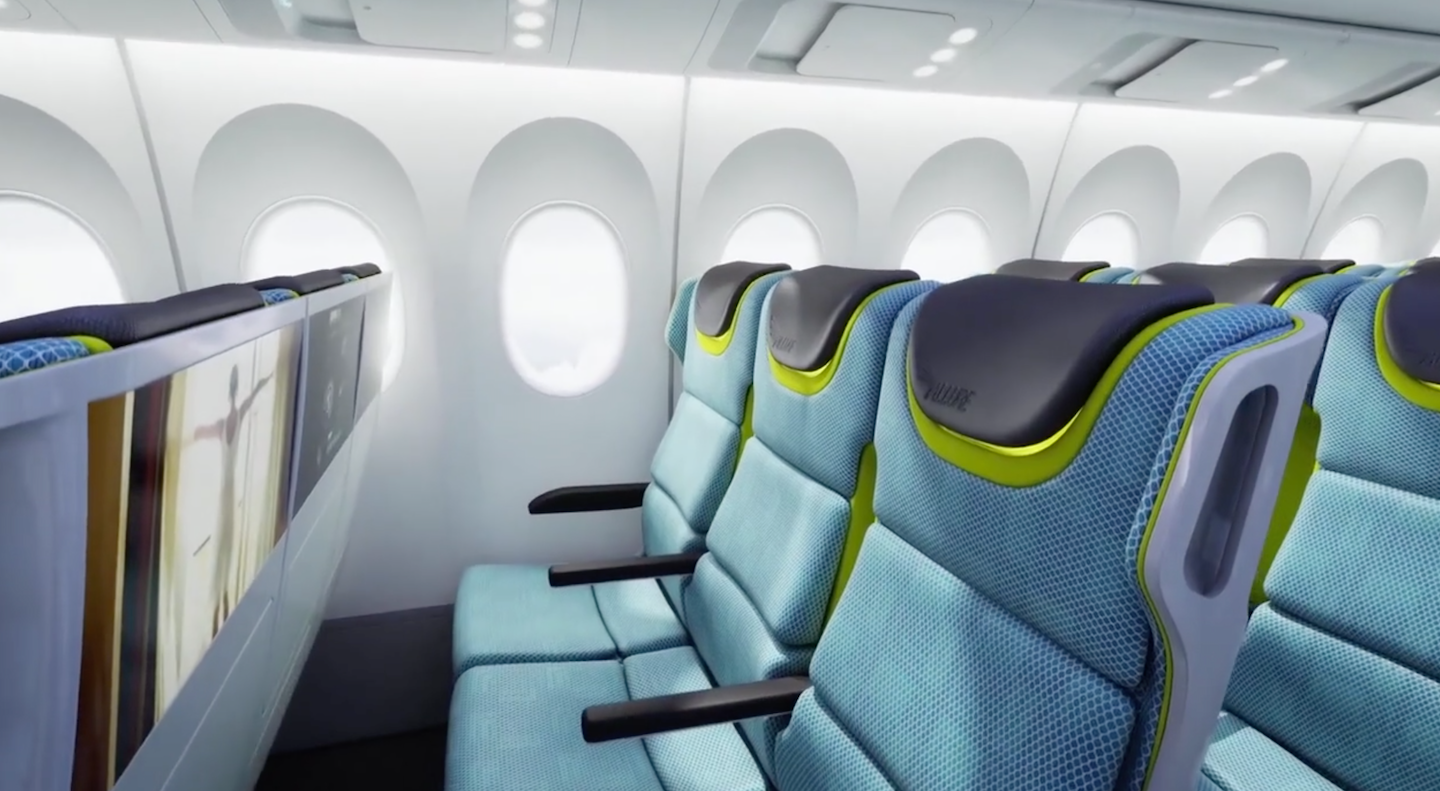 Boeing plans for this to be the look of its economy class seating in future aircraft. (Image credit: Boeing)

The proposed changes, according to Sinnett, are all part of the efforts expressed by various airlines to create a flight experience that is more enjoyable (and probably generate more revenue).

“Airlines are looking to us to provide these kinds of innovations. That’s why we’re constantly looking at tomorrow’s technology today,” said Sinnett.