Judges around the country are grappling with the ripple effects of a 2-year-old Supreme Court ruling on GPS tracking, reaching conflicting conclusions on the case's meaning and tackling unresolved questions that flare in a world where privacy and technology increasingly collide. 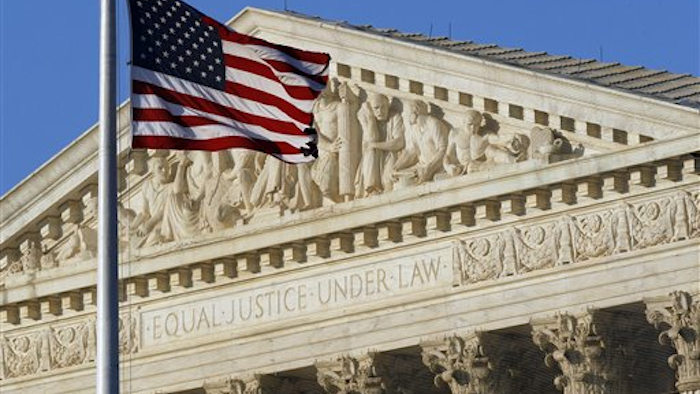 WASHINGTON (AP) -- Judges around the country are grappling with the ripple effects of a 2-year-old Supreme Court ruling on GPS tracking, reaching conflicting conclusions on the case's meaning and tackling unresolved questions that flare in a world where privacy and technology increasingly collide.

The January 2012 opinion in United States v. Jones set constitutional boundaries for law enforcement's use of GPS devices to track the whereabouts of criminal suspects. But the different legal rationales offered by the justices have left a muddled legal landscape for police and lower-court judges, who have struggled in the last two years with how and when to apply the decision — especially at a time when new technologies are developed at a faster rate than judicial opinions are issued.

The result is that courts in different jurisdictions have reached different conclusions on similar issues, providing little uniformity for law enforcement and judges on core constitutional questions. Technological advancements are forcing the issue more and more, a development magnified by a heightened national debate over privacy versus surveillance and the disclosure of the National Security Agency's bulk collection of Americans' telephone records.

"Courts are all over the place on all of these issues," said Hanni Fakhoury, an attorney with the Electronic Frontier Foundation, a privacy group.

Among the questions being confronted: Should GPS evidence gathered before the 2012 decision be admissible in court? What are the rights of a passenger in a car being tracked by GPS? And how might the ruling affect other types of technology, such as pole-camera surveillance and "Stingray" devices that capture cellphone data?

That ambiguity was on display just last week, when an Atlanta-based federal appeals court ruled in the case of a man imprisoned for armed robberies that investigators need a warrant to get cellphone tower tracking data, evidence authorities use to place suspects in the vicinity of a crime. Yet an appeals court in New Orleans last year authorized warrantless cell site tracking in a case that presented similar legal issues. A related federal case in Michigan is now on appeal, too.

The questions form a broader debate about how police should confront "circumstances of legal ambiguity," said former federal prosecutor Caleb Mason, who has written on the Jones case.

"Do we want them pushing the envelope as long as no legal authority, no appellate court, has expressly told them no?" he asked.

The Supreme Court ruling in Jones invoked compelling legal questions of privacy and trespass, set against the backdrop of a high-tech world.

The justices unanimously held that police erred when, without a valid warrant, they attached a GPS tracking device to the Jeep of a Washington, D.C., nightclub owner. The surveillance continued for a month, leading authorities to a stash house for drugs and helping secure an indictment against the suspect, Antoine Jones.,

The high court unanimously agreed that using the device constituted a search under the Fourth Amendment, which bars unreasonable searches and seizures. But the justices stopped short of saying a warrant is always required — an important point since not all searches require warrants — and issued three separate opinions offering different legal rationales for their views. Five of the nine justices mused at the time that the issues probably would resurface.

One, Samuel Alito, wrote that technological change can alter the public's expectation of privacy and that lawmakers may be better suited than judges to account for the changes. Justice Sonia Sotomayor also discussed privacy concerns in the digital age in her separate opinion.

The Justice Department, too, has wrestled with the case's outcome.

A department memo dated February 2012 advises federal agents when in doubt to get a warrant for GPS evidence given the "substantial uncertainty" surrounding the decision. In investigations where warrantless GPS evidence was obtained before the case was decided, the memo says, prosecutors may reasonably argue to admit the evidence provided that the officers were acting in good faith based on their understanding of the law at the time.

Spokesman Peter Carr said last week that it was department policy to obtain a search warrant to use any technology in locations where there's a reasonable privacy expectation.

Some courts have agreed that warrantless GPS tracking prior to the Jones case was acceptable, though that idea isn't universally accepted.

In throwing out evidence against three brothers charged in a wave of pharmacy burglaries, a three-judge panel of the 3rd U.S. Circuit Court of Appeals ruled last year that police were required to get a warrant before using a GPS device in 2010, rejecting prosecutors' "good faith" argument. The entire court reheard the case May 28.

Courts have been similarly divided on whether car passengers, or nonowners, have legal authority to challenge GPS evidence against them.

The Jones decision has also been invoked in court disputes over the NSA's telephone records collection. A federal judge in Washington cited the opinions of Alito and Sotomayor in the Jones case to find that telephone users have a reasonable expectation of privacy and to declare the NSA program likely unconstitutional. A federal judge in New York rejected a plea from civil libertarians to invoke those same opinions and instead upheld the NSA program.

Police and judges also are wrestling with the privacy implications of other modern forms of surveillance. In Washington state, for example, privacy advocates are arguing that the Jones case requires a court to throw out warrantless video surveillance captured by a pole camera left by police for a month outside a defendant's house in a drugs and weapons case.

In one way or another, the questions will likely come before the Supreme Court again, said Brian Hauss, an American Civil Liberties Union lawyer. Police should have clear rules that apply across multiple forms of technology, he said. "Right now, they're operating in an area of total confusion without significant judicial checks on their authority."