Federal prosecutors say Stag Arms failed to comply with laws designed to track weapons throughout the production and distribution process and as a result 200 guns have been reported lost or stolen. 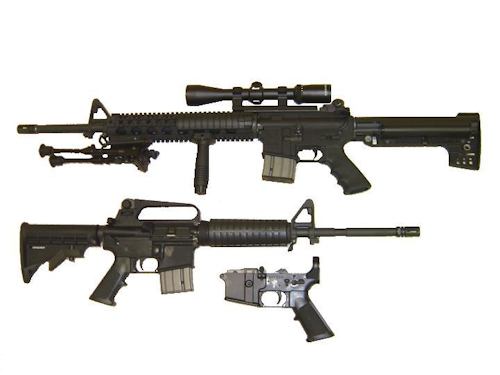 HARTFORD, Conn. (AP) — A Connecticut maker of military-style rifles has pleaded guilty to violating federal firearms laws and will lose its license to operate.

Federal prosecutors say Stag Arms failed to comply with laws designed to track weapons throughout the production and distribution process and as a result 200 guns have been reported lost or stolen.

The guilty plea was entered in court on behalf of the company by its owner, Mark Malkowski. Prosecutors say the company has agreed to pay a $500,000 fine and to not challenge the revocation of its license in court.

The company in New Britain has been licensed since 2003 and manufactures semi-automatic rifles.

Stag Arms said in a statement that Malkowski and the company believe public safety was never compromised.