The U.S. economy grew at a slightly slower pace over the summer than the government had previously estimated. Most economists foresee a slight acceleration in the current quarter and stronger growth in the first half of 2016. 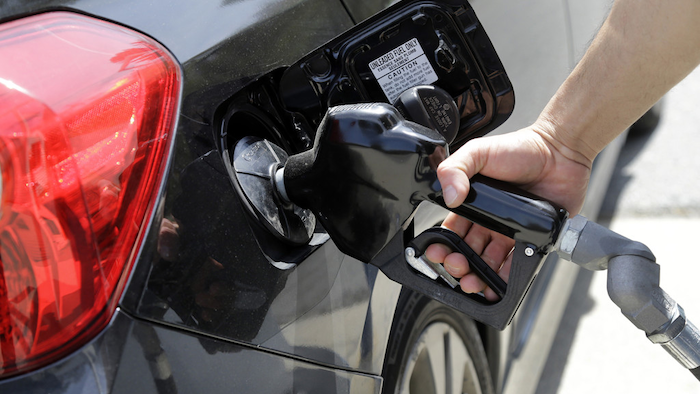 WASHINGTON (AP) — The U.S. economy grew at a slightly slower pace over the summer than the government had previously estimated. Most economists foresee a slight acceleration in the current quarter and stronger growth in the first half of 2016.

The Commerce Department said Tuesday that the economy, as measured by the gross domestic product, expanded at a 2 percent annual rate in the July-September quarter. That was a bit lower than its previous estimate of 2.1 percent, a result of less restocking by businesses than previously estimated.

Last quarter's expansion was significantly below the 3.9 percent annual GDP growth in the second quarter. The slowdown reflected a cutback in the pace of inventory restocking. Economists think growth in the final quarter will amount to around a 2.2 percent rate, helped by solid consumer spending.

The 3.9 percent annual growth in the April-June quarter followed a barely discernible 0.6 percent increase in the January-March quarter. Growth in the first quarter was depressed by an unusually severe winter and disruptions at West Coast ports.

Economists' expectation is that the economy is growing at a moderate annual rate of around 2.2 percent in the current quarter and will accelerate to a 2.3 percent rate or higher in the first half of next year.

Entering the new year, economists are forecasting that consistent strength in the job market will boost household incomes and support solid consumer spending, which accounts for about two-thirds of economic activity.

Housing construction expanded at an 8.2 percent annual pace and government spending at a 1.8 percent rate as gains in spending by state and local governments offset cuts in defense spending.

Foreign trade shaved 0.3 percentage point from third quarter growth as a small gain in exports was offset by a bigger increase in imports. Export sales have been hurt this year by the strength of the dollar, which has made U.S. products costlier and less competitive on overseas markets.

The Federal Reserve last week boosted a key interest rate for the first time in nearly a decade, raising its target for overnight bank lending up a quarter-point to a range of 0.25 percent to 0.5 percent. It had been at a record low near zero since late 2008.

Many analysts say solid economic growth and rising employment will keep the Fed on a path of gradual increases in rates over the next year. But they stress that the gains will likely be gradual because they expect inflation to remain unusually low. For more than three years, prices by the Fed's preferred measure have failed to reach the Fed's target of 2 percent.

Some think the next rate hike might not occur until June as the Fed delays a second rate hike to give it time to assess the impact of the first hike on the economy. Many economists foresee only three or four quarter-point rate hikes in 2016.