Driven by power outages and savings, towns look to microgrid

ALBANY, N.Y. (AP) — An upstate New York town that repeatedly found itself without power for days during a string of storms is planning a dramatic step by pulling its municipal buildings entirely off the electric grid. The decision by Nassau to rely on solar, wind, landfill gas and battery storage... 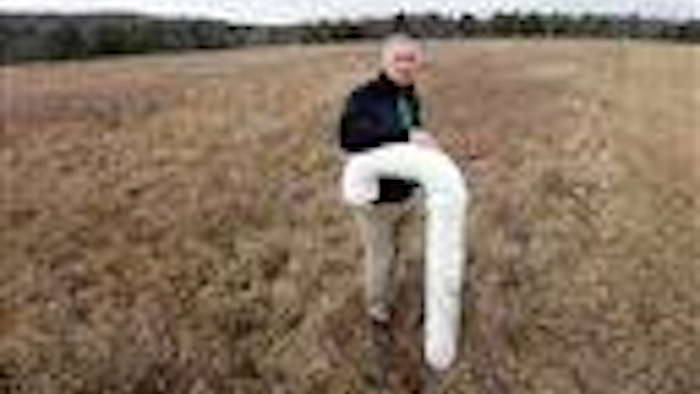 ALBANY, N.Y. (AP) — An upstate New York town that repeatedly found itself without power for days during a string of storms is planning a dramatic step by pulling its municipal buildings entirely off the electric grid.

The decision by Nassau to rely on solar, wind, landfill gas and battery storage by 2020 puts the town of 5,000 near Albany on the leading edge of a national campaign to develop "microgrids" designed to make communities more energy independent and the grid more resilient.

While only a few communities have become early adopters and natural disasters have been a driving force, proponents say there is also growing interest nationwide from places looking to save money by selling excess power to utilities and to help the environment.

Tipping points for Nassau came during ice storms that knocked out power in 2008 and 2009, when front-end loaders had to be used to open the heavy highway department doors so sand trucks could get on the road because a small generator couldn't handle the lift, town Supervisor David Fleming said.

"The town found itself in a vulnerable position when the aging infrastructure would fail," Fleming said, adding that the planned renewable energy switch would cover the town hall, the highway garage, and police and fire departments. A committee has been formed to refine the plan and figure out its costs.

"Campus microgrids" are familiar at places like hospitals and industrial plants, but development of the more sprawling "community microgrids" has been slowed by technical and regulatory hurdles. There's also been a mixed response from utility companies, ranging from resistance to a threat to their franchise to embracing microgrids as a business opportunity.

That puts Fairfield, Connecticut, ahead of the curve. A year ago, it hooked up an off-the-grid system that automatically takes over if the utility grid fails. Inspired by Superstorm Sandy, which left much of the town of 59,000 without power for as long as nine days, the new system has yet to be tested in a storm.

Built with the help of a $1.1 million state program, Fairfield's system combines a natural gas-powered generator and solar panels at the emergency shelter and fire station, which are connected to each other, the police station and cellphone towers. A similar system is in the works at Fairfield's waste water treatment plant.

Unlike Nassau's plan, Fairfield remains connected to the grid and sells excess power back to its utility company.

"It's a good deal for us," said Ed Boman, the assistant public works director. He said there are also savings from heating and cooling the police station with waste heat from a natural gas generator.

Michael Burr, founder and director of the Minnesota-based consultancy Microgrid Institute, is involved in projects in New York and Maryland, where the Montgomery County town of Olney is participating in a $1.2 million federal Department of Energy project to design and test microgrid control systems.

Burr said there is strong interest in increasing reliance on renewable energy and reducing reliance on fossil fuels. And some communities see value in using locally-generated power to bolster their economies.

In New York, the state is reviewing 83 proposals in the first round of a $40 million program to jumpstart microgrids, with a group of finalists for further review expected to be announced this summer. And a key part of the state's larger renewable energy effort involves regulated utilities.

"New York is very focused on getting the utilities on board," said John Rhodes, president and CEO of the New York Energy Research and Development Authority. Part of that involves changing regulations "so they have more incentives to do things that are good for the system at large."

The immediate goal, Rhodes said, is helping fund "a pipeline of high-quality projects" in 2017 that will promote more interest in microgrids.

In Nassau, Fleming said they will look into the possibility of state money and then invoked the town's Colonial Dutch roots.

"They believed in windmills," he said. "Why shouldn't we?"