The experimental X-2 is expected to make its maiden test flight in February. 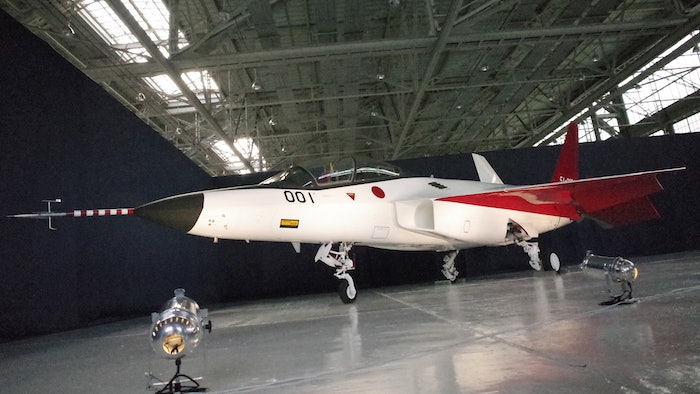 Japan unveiled its first homemade stealth plane Thursday as it tries to catch up on the technology and enhance its reconnaissance and intelligence capabilities as China expands its own military presence in the region.

The experimental X-2 is expected to make its maiden test flight in February. Defense officials said the aircraft is designed to test the stealth technology that would possibly be combined with the next-generation fighter jet, replacing the fleet of F-2 fighters as early as 2028.

The red-and-white aircraft, with a 14-meter (45-foot) -long fuselage and 9-meter (30-foot) -long wingspan, sat inside a hanger at the Nagoya Airport in central Japan.

Led by Mitsubishi Heavy Industry, the stealth plane comes with radar-resistance features, including a canopy with special stealth-enhancing coating, and mobility.

"I cannot go into details, but we recognize it is technologically at a very high level," said Takahiro Yoshida, an official in charge of the project at the Acquisition, Technology & Logistics Agency of the Defense Ministry.