Regional air regulators sued the Southern California Gas Co. on Tuesday, seeking penalties that could surpass $25 million for a monthslong natural gas leak that is blamed for sickening neighbors and has prompted a mass evacuation of a San Fernando Valley neighborhood. 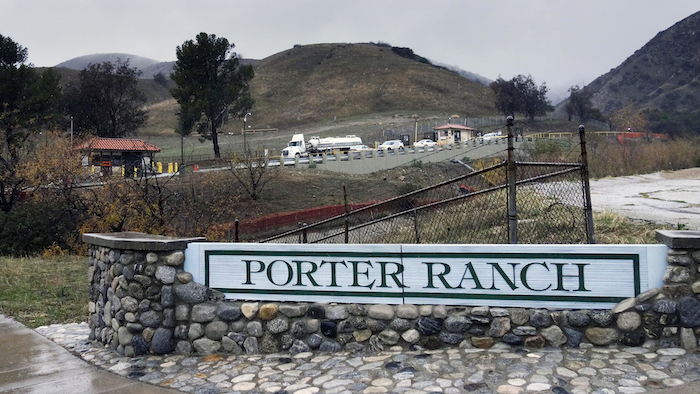 LOS ANGELES (AP) — Regional air regulators sued the Southern California Gas Co. on Tuesday, seeking penalties that could surpass $25 million for a monthslong natural gas leak that is blamed for sickening neighbors and has prompted a mass evacuation of a San Fernando Valley neighborhood.

The South Coast Air Quality Management District sued the utility for creating a public nuisance. The lawsuit, filed in Los Angeles County Superior Court, further contends that "as a result of their negligence, people were injured," said Kurt Wiese, the agency's general counsel.

The gas company does not comment on pending litigation, spokeswoman Kristine Lloyd said.

The utility has been under intense criticism and regulatory scrutiny for a leak in an underground storage well at the huge Aliso Canyon storage facility. It was first reported on Oct. 23, and the gas company has said it may not be able to plug the leak until late next month.

The utility announced Monday that a relief well designed to intercept the leaking one has now reached a depth of about 8,400 feet and is 200 feet from its target.

The natural gas spewing into the air contains a smelly odorant as well as traces of toxic chemicals such as benzene. It has been blamed for ailments including nosebleeds, headaches and nausea in the nearby upscale suburban neighborhood of Porter Ranch.

Last Saturday, a South Coast Air Quality Management District hearing board ordered the gas company to permanently close and seal the well. It also ordered the utility to pay for an independent health study for residents of the neighborhood and inspect all 115 wells at Aliso Canyon to help prevent future leaks.

The lawsuit said the air quality management district has received more than 2,000 complaints of odor from people living or working near the facility since the leak began.

The Los Angeles County Department of Public Health has said that benzene levels in 15 samples of air in the area were more than double normal levels but none exceeded state standards for acute exposure to benzene.

Officials have said that they don't expect long-term health problems associated with the leak.

About 3,700 households in and around Porter Ranch have temporarily moved out of their homes and around 2,400 more are awaiting relocation. Students from two local schools also have been temporarily relocated.

The gas company could be liable for up to $250,000 in civil penalties for each day of the leak if the lawsuit ends with a determination that the utility knowing violated state law, failed to act quickly and caused great bodily injury to the public, Wiese said. That works out to about $25 million to date.