For most people, the term “next generation” isn’t the first thing that comes to mind when they think of coal. 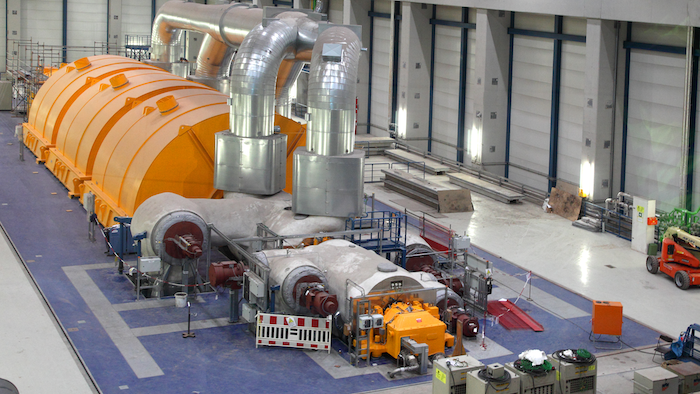 The sedimentary rock, composed of ancient fossilized plants, has served as a fuel source for millennia. More than 2,000 years ago, people in China used it to keep warm and to smelt copper. Later on, it fueled the machinery that powered the Industrial Revolution. Then, with the advent of electricity, it heated the steam that turned power plant generators. 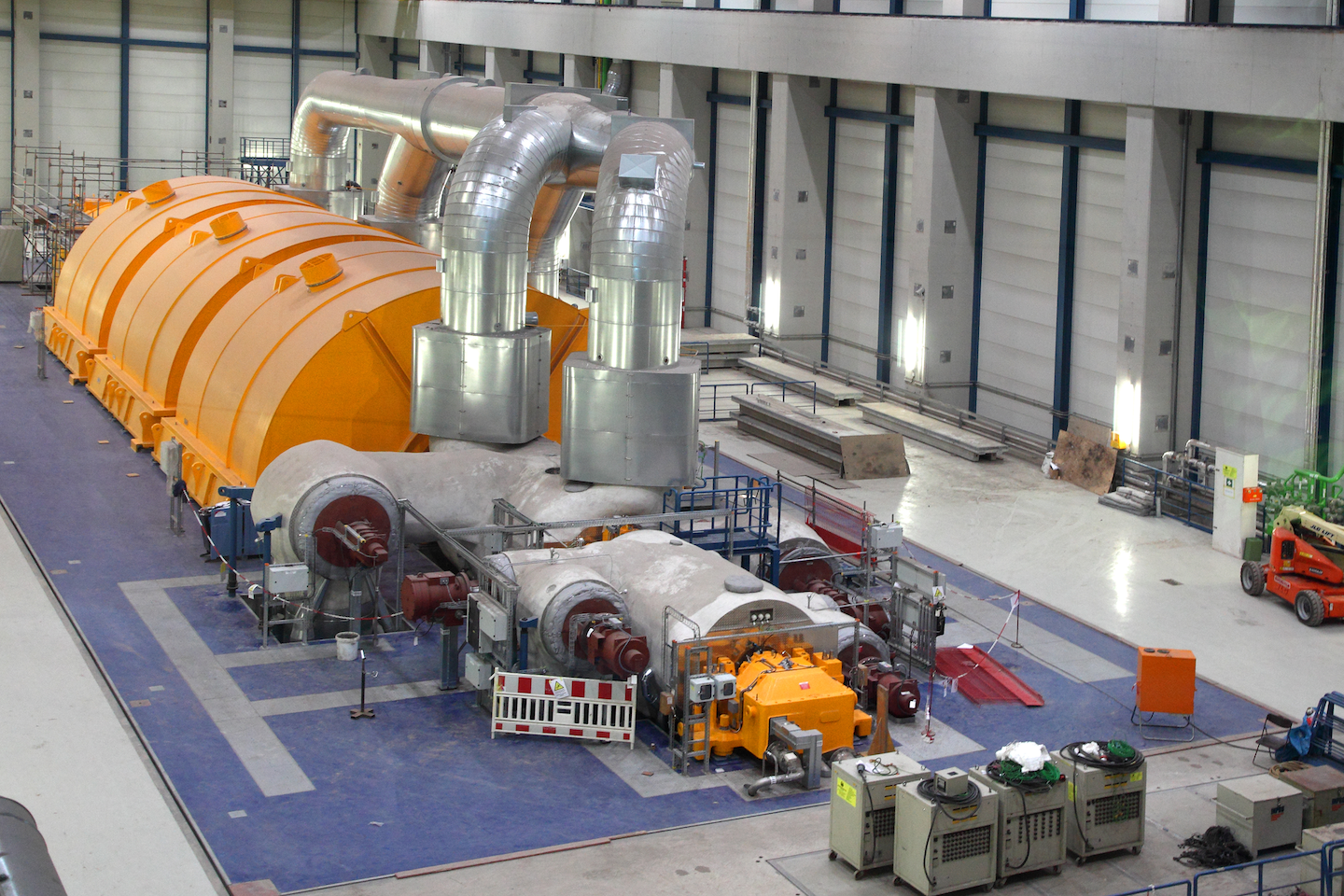 When Thomas Edison built the world’s first central power plant on Pearl Street in downtown Manhattan in 1892, it used six coal-burning steam engines. Today, coal supplies nearly 30 percent of global energy consumption — its highest share since 1970 — and provides 40 percent of the world’s electricity. While this number is expected to drop to 30 percent by 2040 (34 percent in America), coal will remain the backbone of the power systems in many countries, despite new capacity coming from natural gas and renewables. In southeast Asia, for example, where energy demand is projected to spike by 80 percent, coal will become the single largest energy source in the region’s energy mix, owing to its abundance and relative affordability. 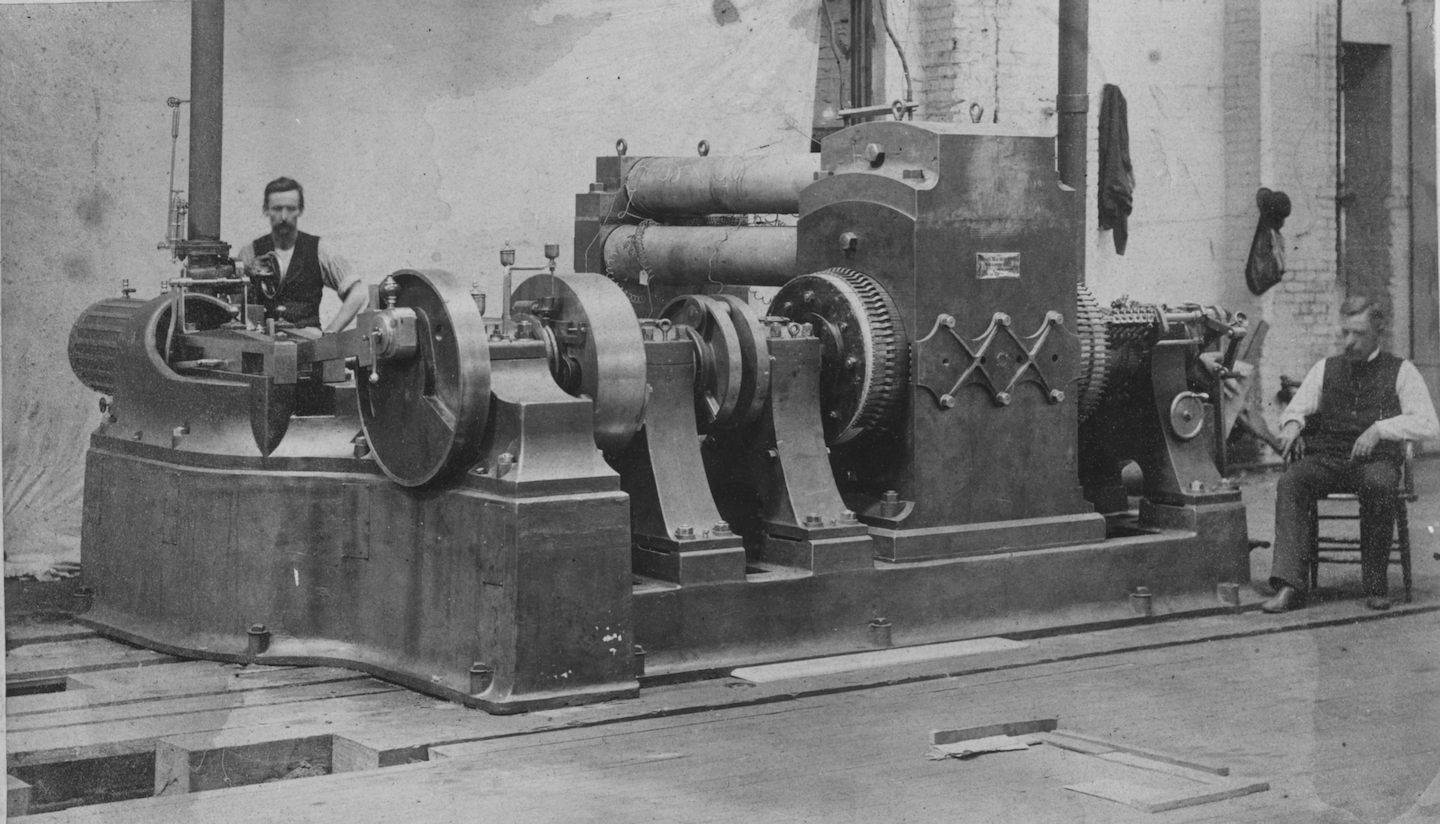 The water pressure inside reaches 4,000 pounds per square inch, more than what’s exerted when a bullet strikes a solid object. The water, which exists in a “supercritical state,” is heated to 1,112 degrees Fahrenheit (600 degrees Celsius). Above: Edison’s “jumbo dynamo” at the wold’s first power station in Lower Manhattan. The power plant’s efficiency was just 1.6 percent. (Image credit: Museum of Innovation and Science Schenectady via GE.)

“You simply can’t close your eyes to coal,” says Olivier Le Galudec, a power plant engineer who is the head of performance calculation and testing at GE Steam Power Systems. “We’ll still need it going forward to provide a good amount of our power. We need to do this while achieving emissions targets, and we need modern, responsible coal-based generation that makes the maximum possible use of all the heat from the fuel.”

There has always been a great deal of room for improvement. The first steam-turbine generator, which started operating just two years after Pearl Street Station, converted only a measly 1.6 percentof heat from coal into electricity. In modern terms, this was a laughably inefficient machine. 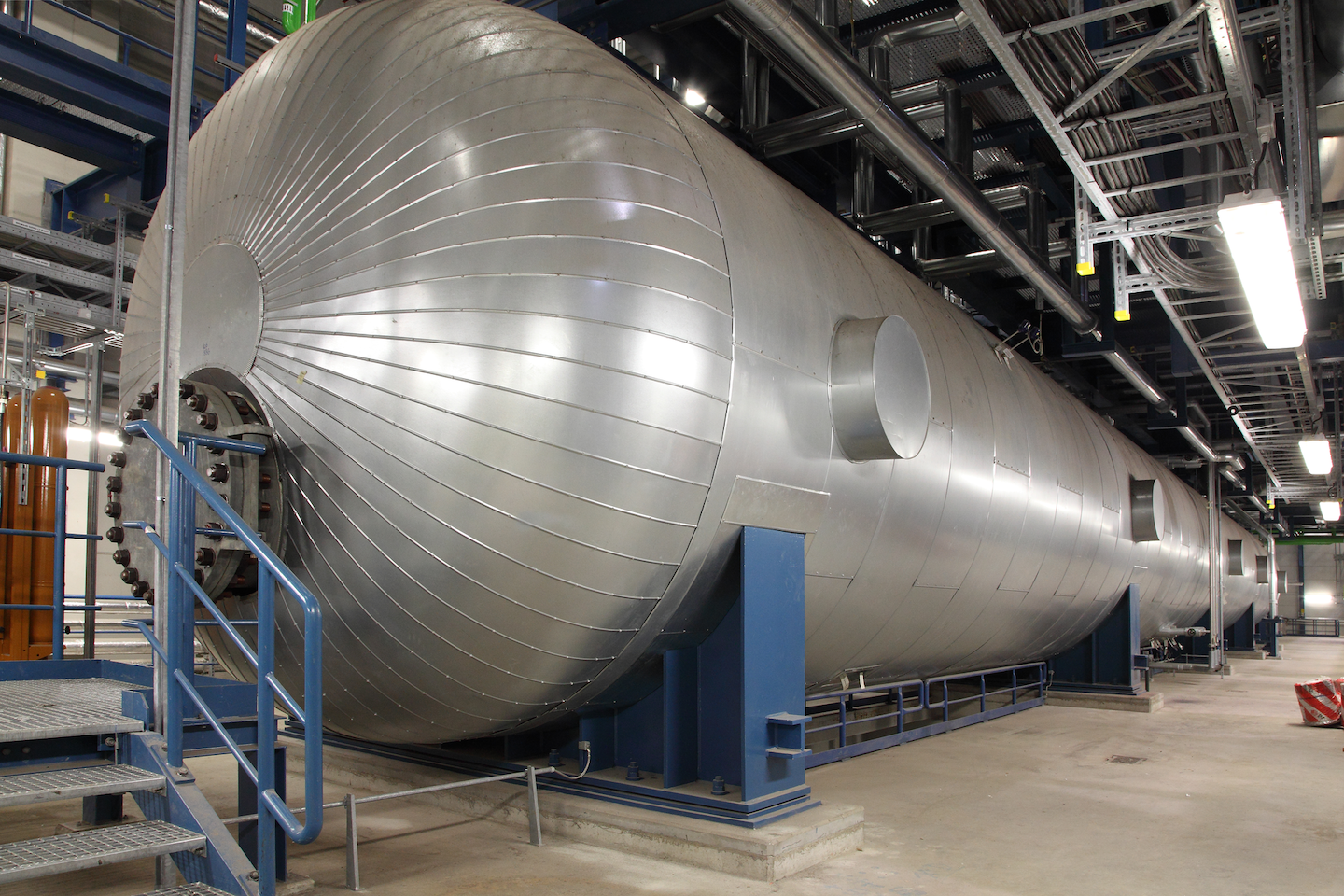 This massive silver cigar called the feedwater tank holds water before it enters the boiler. The tank can store 100,000 gallons of water heated high above its boiling point to 380 degrees Fahrenheit (193.3 Celsius). To improve efficiency, the plant extracts some of the steam from the water-steam cycle to reheat it. (Image credit: GE Power)

Performance has improved over time, reaching 20 and then 30 percent efficiency. Every bump represented a smaller burden for the environment, public health and costs to utilities. “The efficiency of converting coal into electricity matters: more efficient power plants use less fuel and emit less climate-damaging carbon dioxide,” wrote the authors of the International Energy Agency report on measuring coal plant performance.

Moving the current average global efficiency rate of coal-fired power plants from today’s 33 percent to 40 percent by deploying more advanced technology could cut carbon dioxide (CO2) emissions every year by 2 gigatons, which is the equivalent of India’s annual CO2 emissions.

Most scientists believe that greenhouse gases like CO2 contribute to climate change. Just yesterday NASA and the National Oceanic and Atmospheric Administration (NOAA) reported that 2015 was the warmest year on record since 1880, when they started recording the data. 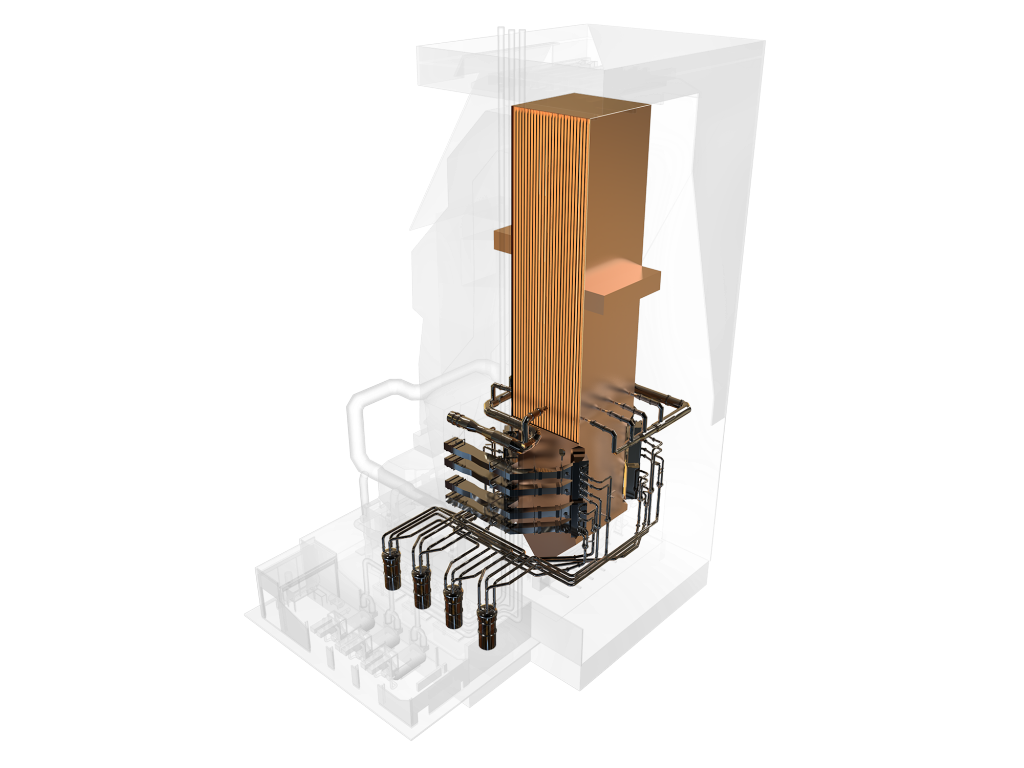 The boiler, in brown, pressurizes and heats the water to 1,112 degrees Fahrenheit (600 Celsius). At very high pressure and temperature, water becomes a supercritical fluid, a phenomenon where it no longer has specific liquid and gas phases. (Image credit: GE Power)

The efficiency race just scored a new record. GE said a plant at the Rheinhafen-Dampfkraftwerk electrical generation facility in Karlsruhe, Germany, which is using its technology, has achieved a 47.5 percent net thermal efficiency while producing 912 megawatts of electricity. Le Galudec says no hard-coal-fired steam power plant has been able to top this number.

The plant, called RDK 8, surpassed the previously recognized record holder at the Nordjylland plant in Denmark, which achieved 47.1 percent efficiency, and achieved a full 10 percent better efficiency than the average of all currently operating German coal-fired plants. “I’m not aware of an operating plant that we’ve tested or that of our competition that beats the RDK 8,” Le Galudec says. “This is a benchmark — the highest thermal efficiency we’ve yet seen for a coal plant. It’s really sky-high.” 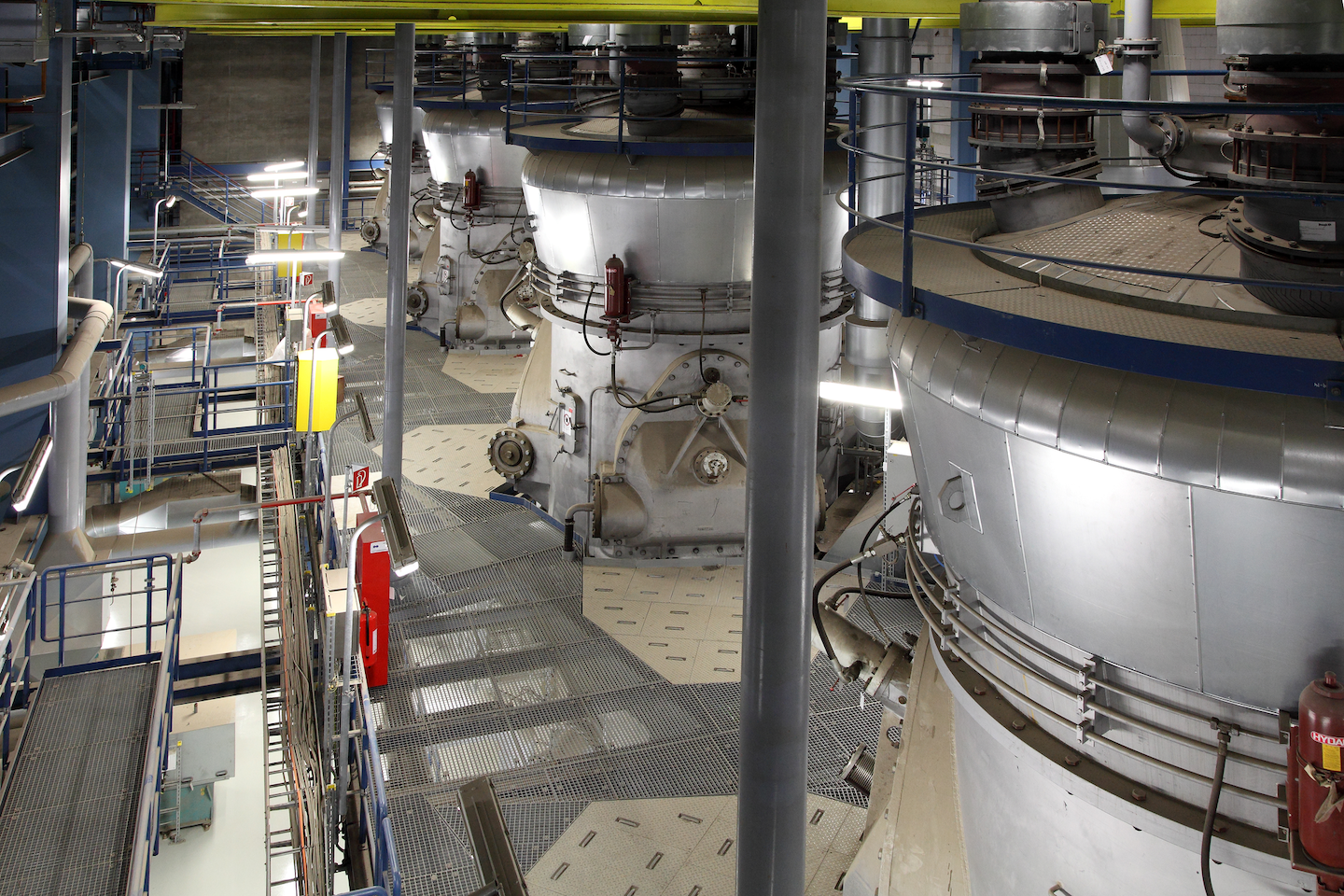 Boiler mills crush coal into a fine powder that turns into a fireball inside the boiler and heats the water. Image credit: GE Power

The plant has achieved better efficiency through an exacting application of science. It relies on something called ultra-supercritical steam to squeeze out better performance. When it is operating, RDK 8 puts steam, as it enters the high-pressure steam turbine, under pressure of around 4,000 pounds per square inch (275 bar in metric terms), more than what’s exerted when a bullet strikes a solid object. It also heats the water to 1,112 degrees Fahrenheit (600 degrees Celsius). 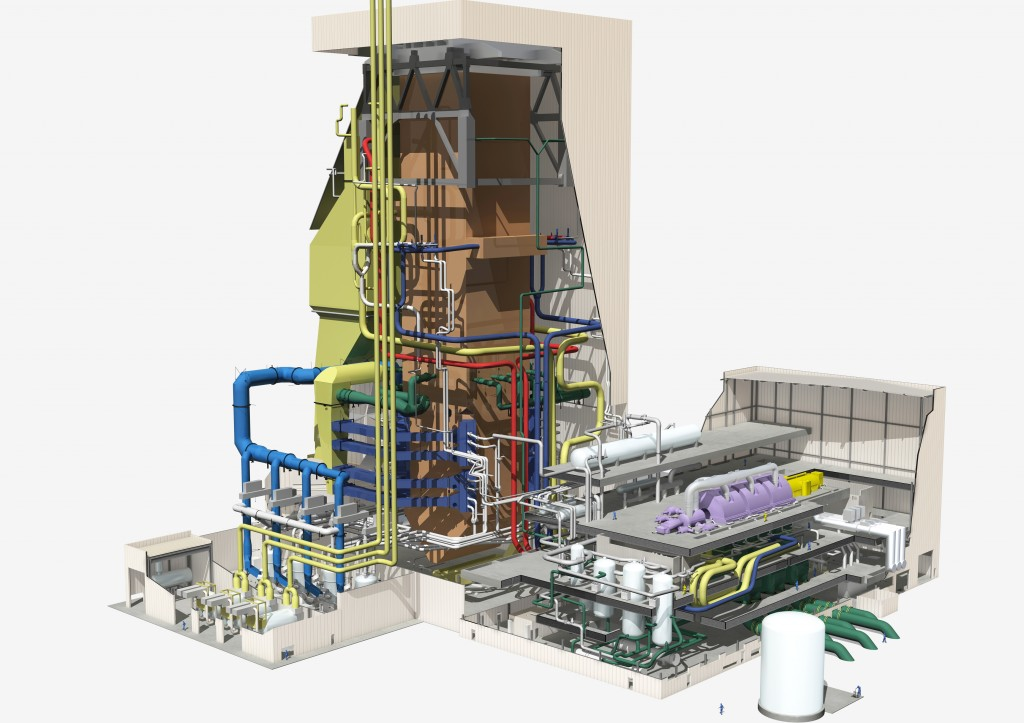 A 3D rendition of the power plant. The boiler is brown, the horizontal water feeder white and the ultra supercritical turbine is purple. The generator (in yellow) is attached to the turbine. It can produce 912 megawatts. (Image credit: GE Power)

Considerably below this pressure and temperature, water becomes a supercritical fluid, a phenomenon where it no longer has specific liquid and gas phases. Instead, it exhibits properties of both at the same time. In this state, supercritical steam becomes much more efficient at driving the turbines that spin the electricity-producing generators. “With systems like RDK 8, we’re deep in the supercritical fluid territory, where both the quantity and quality of energy allow us to extract more energy from the steam to turn into electricity,” Le Galudec says. “This is a major contributor to high-efficiency systems.”

The science doesn’t stop with higher efficiency. Similar to emission control used on cars, power plants like RDK 8 have sophisticated systems to remove contaminants like gas oxides and particulates from flue gases. Europe has some of the most stringent emission regulations in the world, and today’s technology can meet and in certain cases exceed these standards. 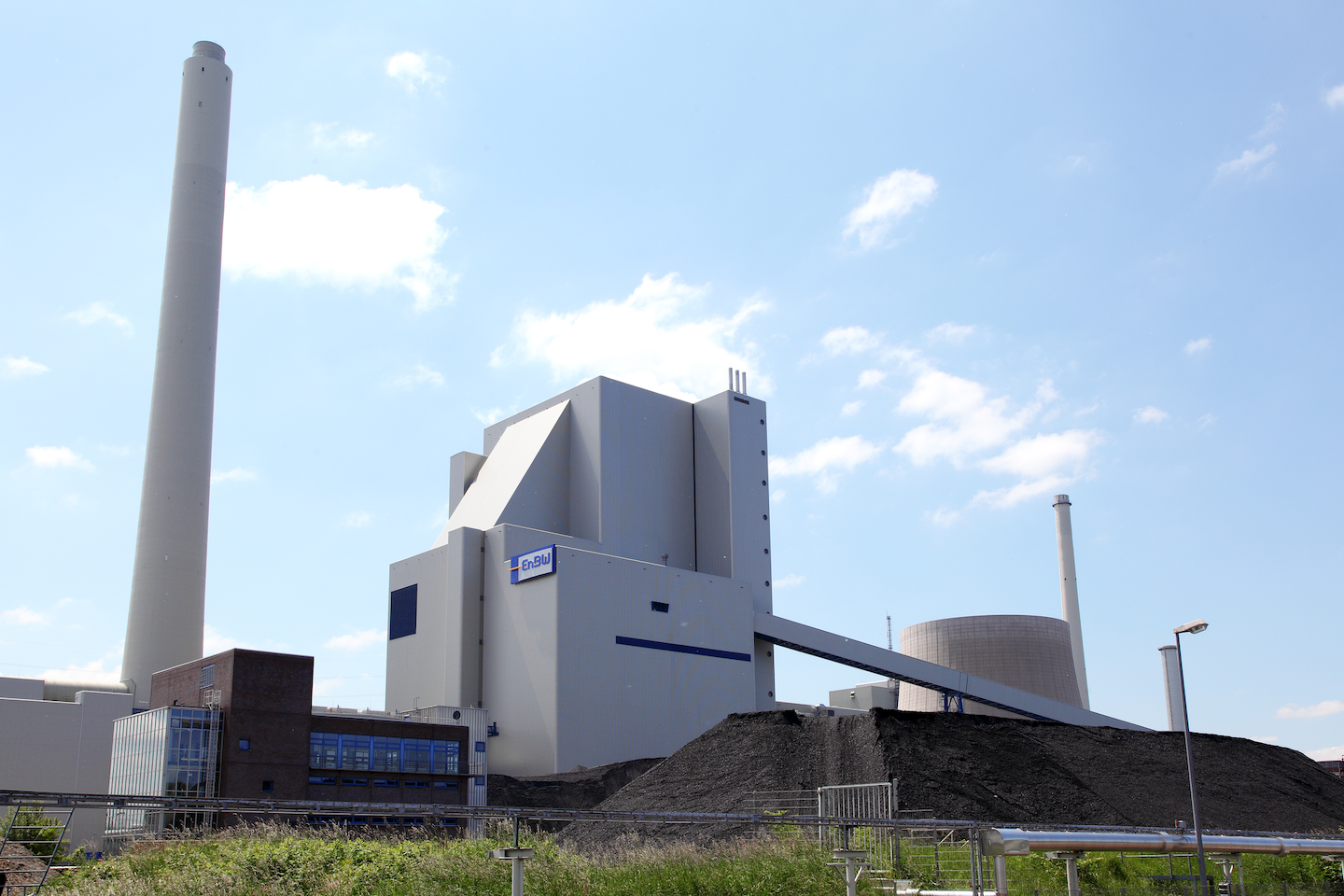 Le Galudec says that the efficiency bumps engineers are seeing by pushing back the boundaries of supercritical steam temperature and pressure mean that there is still more room for improvement.

GE is already looking into what happens when you bring steam temperatures up to 1,300 degrees Fahrenheit (700 degrees Celsius). “We’ll do better than what we’ve just achieved, because every day we work to go higher,” he says. “Raising the temperature will keep pushing efficiency and after that there will be other ways. I am absolutely sure the race to efficiency is not over.”