Airbus says Poland misled it for months over botched deal

WARSAW, Poland (AP) — A dispute between Poland and a France-based helicopter producer over a scrapped multibillion-euro deal broke into the open Tuesday, with the company saying it had been misled for months over the agreement. Poland's conservative government unexpectedly ended negotiations with... 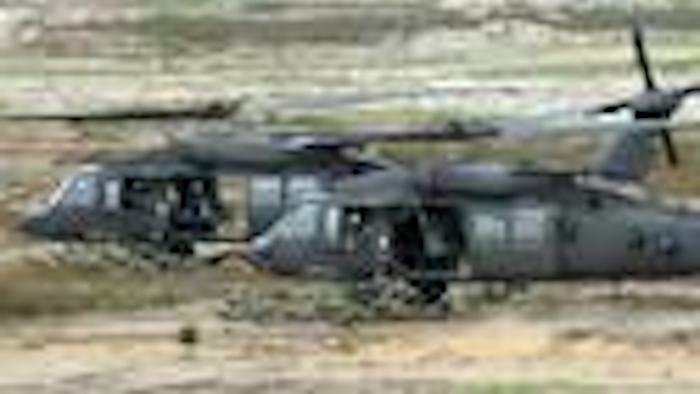 WARSAW, Poland (AP) — A dispute between Poland and a France-based helicopter producer over a scrapped multibillion-euro deal broke into the open Tuesday, with the company saying it had been misled for months over the agreement.

Poland's conservative government unexpectedly ended negotiations with Airbus Helicopters last week over a 3.14 billion-euro ($3.5 billion) deal to purchase some 50 Caracal helicopters, saying it was against the nation's economic and security interests.

Instead, Poland will buy Black Hawk helicopters made at a plant in Poland by U.S. company Sikorsky, part of the Lockheed Martin group. The motivation seemed to be to support the jobs at the local plant.

The decision to pull the plug on the deal, which had been in the works since Airbus won a tender under a previous Polish government last year, raised questions over Poland's reliability in negotiating deals. It also strained ties with the French government, which partly owns parent company Airbus Group.

President Francois Hollande put off a visit to Warsaw planned on Thursday, allegedly to show his discontent. Poland's opposition politicians were saying that the one-year-old government was alienating one of the few allies it had in Europe, and called for a special probe into the decision.

Airbus Group CEO Tom Enders said his company had negotiated in good faith and been "misled for months" by Poland whereas Airbus wanted to invest in the country "big time."

"Never have we been treated by any government customer the way this government has treated us," Enders said in a statement. "The controversial and contradictory declarations of the Polish government over the course of these procurement proceedings created the impression of unprecedented confusion."

His company will seek "remedies," he said, without providing further details.

Airbus Helicopters also wrote an open letter to Poland's Prime Minister Beata Szydlo Tuesday to protest the decision. It said its offer had met all the requirements and would have created some 6,000 new jobs in Poland, brought modern technologies and developed a state-owned servicing plant in Lodz, in central Poland.

The issue the sides disagreed over was an offset agreement that was supposed to see France invest in Polish defense industry on a level comparable to the main deal value. Poland made that a key condition for signing the contract.

Defense Minister Antoni Macierewicz said that the Airbus deal would have allowed the company to take over the plant in Lodz, something the government was against.

The ruling right-wing Law and Justice party won elections last year largely on promises to put Poland's local interests above those of the wider European Union.

Samuel Petrequin in Paris contributed to this report.