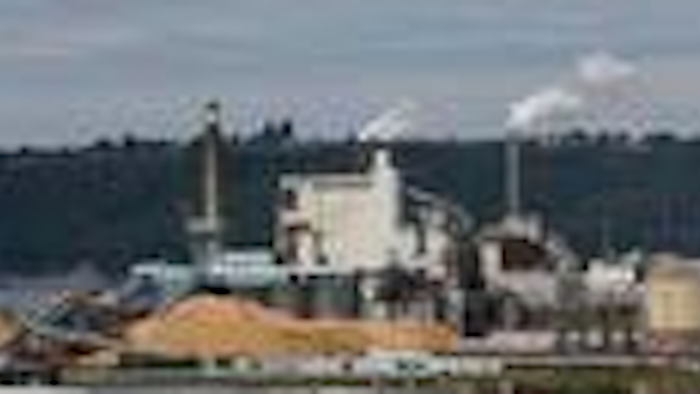 "We are taking leadership under our clean air act, adopting a strong and practical plan to reduce greenhouse gases, and doing our fair share to tackle climate change," state Ecology Director Maia Bellon said in a statement.

Businesses and others say the new rule will hurt working families, as costs are passed on to consumers; hamper the state's ability to attract and retain businesses; and limit the ability of energy-intensive businesses to compete globally.

State officials and others say limiting heat-trapping gases linked to global warming is needed to protect human health and the environment, and that the state faces severe economic and environmental disruption from long-term climate changes such as rising sea levels and more intense wildfires.

Gov. Jay Inslee sought the rule last year after failing to gain legislative support for a more ambitious plan to charge polluters a fee, similar to California's cap-and-trade program. A coalition of Northeast states also has a cap-and-trade program that applies to power plants.

Under Washington state's rule, large carbon polluters will be required to reduce carbon emissions by an average of 1.7 percent annually. The rule would apply to those that release at least 100,000 metric tons of carbon a year. More facilities will likely be covered by the rule as the threshold is lowered over the coming decades.

Unlike the cap-and-trade legislation Inslee sought last year, the rule adopted Thursday won't charge emitters a fee for carbon emissions. Inslee had previously pitched a polluter fee as a way to raise more than $1 billion a year for schools, transportation and other state needs.

Since 2012, California has collected about $4 billion in revenue from big polluters.

Republican lawmakers have criticized Inslee, a Democrat, for taking executive action on the issue, saying lawmakers should set such policy. Some legislators have previously tried to prohibit the Ecology Department from passing such a rule.

Businesses would have different ways to comply. They could lower their emissions, invest in projects that permanently reduce carbon pollution or buy credits from others in the program or from other approved market-trading carbon markets.

An updated state economic analysis indicates the costs for all businesses to comply over 20 years range from a low of $410 million to a high of $6.9 billion, depending on the way they comply. The measure is also estimated to provide $9.6 billion in benefits over 20 years by improving environmental, health and other conditions.

Businesses likely to be covered in the first year include all five oil refineries in the state, several Puget Sound Energy facilities, including those in Longview, Goldendale and Sumas, the Grays Harbor Energy Center in Elma, Frederickson Power facility in Tacoma and Spokane's Waste to Energy facility.

In November, Washington state voters will consider an initiative that would impose a direct tax on carbon emissions from fossil fuels burned in the state while lowering state sales and business taxes.

Initiative 732 would set the tax at $15 per metric ton of carbon dioxide in the first year then raise the amount to $25 per ton in the second year. Automatic increases would follow each year but the rate would be capped at $100 per ton.