The government has proposed requiring electronic speed limiters on all trucks and buses over 26,000 pounds manufactured after the regulation goes into effect. 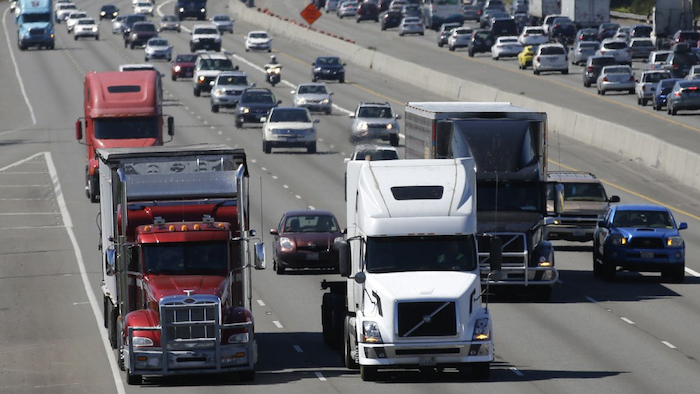 Truckers are warning that a government plan to electronically limit the speed of tractor-trailers will lead to highway traffic jams and possibly an increase in deadly run-ins with cars.

More than 150 people, most identifying themselves as independent truckers, have filed comments recently with the government about the proposed rule, unveiled last month by two federal agencies. There were only a few comments in favor.

The government has proposed requiring electronic speed limiters on all trucks and buses over 26,000 pounds manufactured after the regulation goes into effect. Speeds could be limited to 60, 65 or 68 miles per hour when the rule is finalized after a comment period that ends Nov. 7.

Regulators and others favoring speed limiters say the rule is supported by simple physics: If trucks travel slower, the impact of a crash will be less severe and fewer people will be injured or killed. But truckers say the government is actually creating conditions for more collisions by focusing on the severity of the crash while ignoring the dynamic of trucks and cars traveling at different speeds.

The National Highway Traffic Safety Administration analyzed data from 2004 through 2013 and found that on average 1,044 people died per years in crashes involving heavy trucks on roads with speed limits of at least 55 mph.

The agency also found that if trucks speeds were limited to 60 mph, 162 to 498 lives per year would be saved because the impact of a crash would be less severe. At 65 mph, up to 214 lives would be saved, and as many as 96 would be saved with a 68 mph limit.

But truckers says slowing them down increases the chances of trucks being hit from behind by cars allowed to go 70 mph or more. Todd Spencer, executive vice president of the Owner-Operator Independent Drivers Association, the largest group of independent truckers, says most car-truck crashes on freeways where traffic is going the same direction involves a car rear-ending a truck. 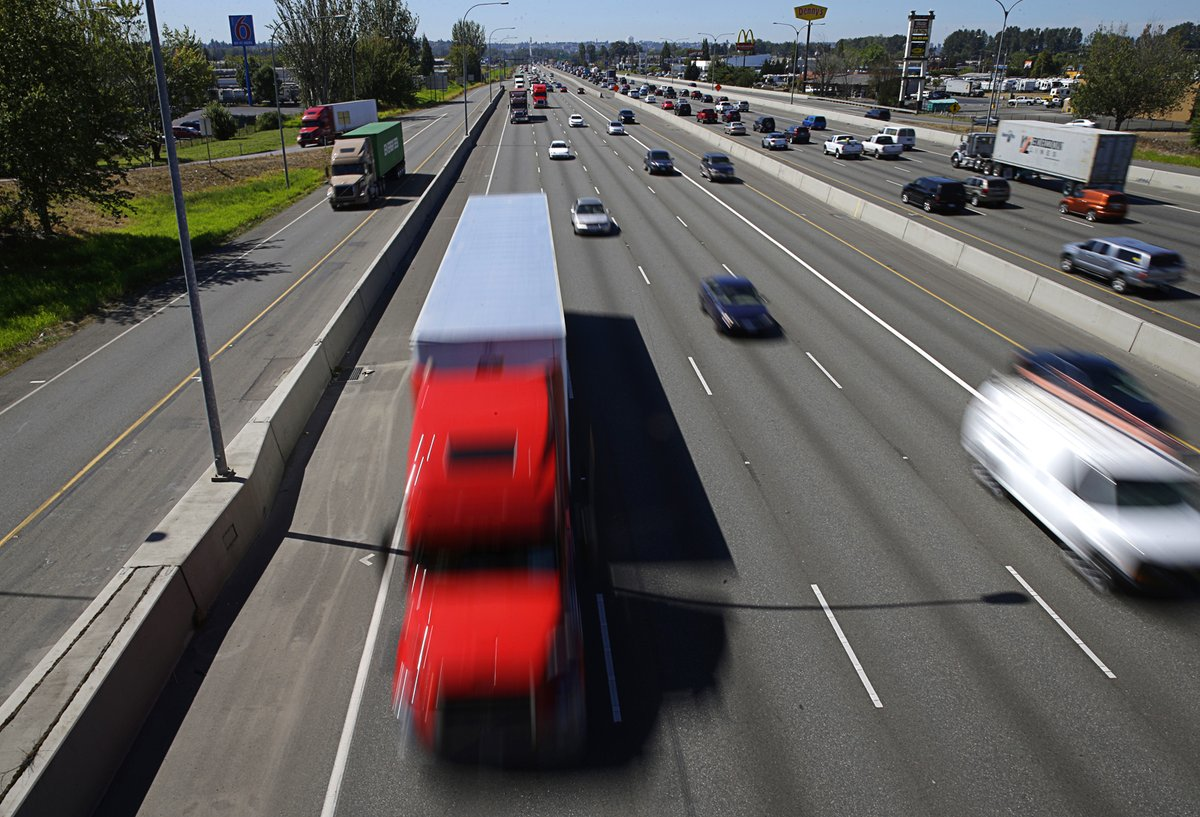 "The net effect of their rule means that the truck will be running slower still," Spencer said. "That's a crash scenario that's more severe."

Doug Kruzan, a driver from Simpsonville, South Carolina, near Greenville, said he's seen cars hit the back of slower trucks many times as the rigs move into the left lane to pass. "A car's coming up behind him at 70, 75. They can't slow down that quick. He's going to run into the back of that truck every time," said Kruzan.

NHTSA statistics show that of all the fatal crashes — not limited to freeway driving — between big trucks and passenger vehicles in 2014, the latest year available, about 15 percent involved cars rear-ending large trucks, according to NHTSA statistics. The Motor Carrier Safety Administration has reported that of 438,000 crashes involving large trucks in 2014, the front of the truck was the impact point in 38 percent of them. The rear of the truck was hit in 24 percent.

Many truckers say all vehicles should be limited to the same speed, but a NHTSA spokesman said that's not being considered. He would not comment on Spencer's allegation that the government ignored the impact of varied speeds.

Truckers also say if the rule is adopted, tractor-trailers will try to pass each other at similar speeds, causing "blockades" that will clog traffic and frustrate car drivers. What's more, they say, because the rule isn't retroactive some truckers will try to prolong the lives of older trucks that otherwise would be replaced by newer models. 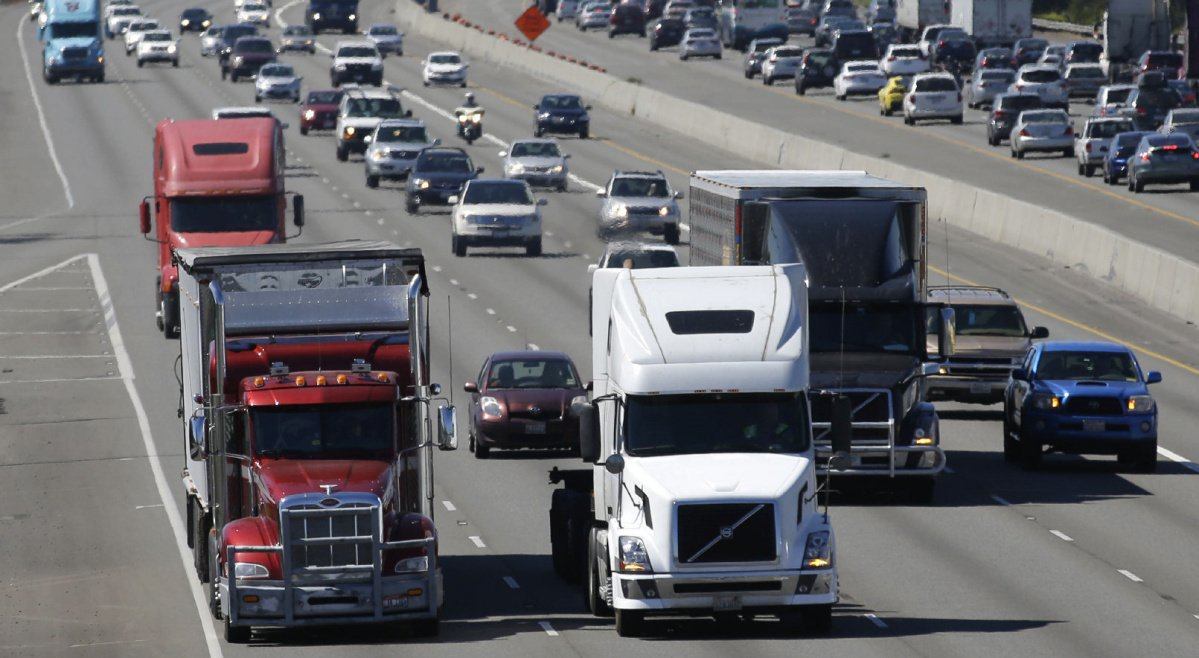 Owings noted that a 2007 survey by the American Trucking Associations, the largest group of trucking companies in the nation, found that 69 percent of all trucking companies used speed limiters on at least some rigs. The average limit was 69 mph.

The association hasn't taken a more recent survey, but Owings believes the number of trucks with speed limiters has grown.

"We don't have a national traffic jam now because of them trying to pass each other," said Owings, whose son was killed by a speeding truck while returning to college in 2002.

The ATA joined Owings in petitioning for the speed limiters, seeking a top speed of 65 mph. The independent truckers also argued in comments that the regulations will benefit the big trucking companies at the expense of independent operators who need to cover more ground each day.

Owings wants NHTSA to make the limiters retroactive to trucks built since the early 1990s that have the capability of limiting speeds with low-cost software changes. But NHTSA says that could cost up to $2,000 per truck.

The speed limiters also would take care of the problem of trucks traveling faster speeds than their tires can handle. An investigation by The Associated Press last year found that most truck tires can't handle speeds above 75 mph, yet some states let trucks go 80 mph or even 85 mph.