Christmas in July? Amazon's 'Prime Day' is back 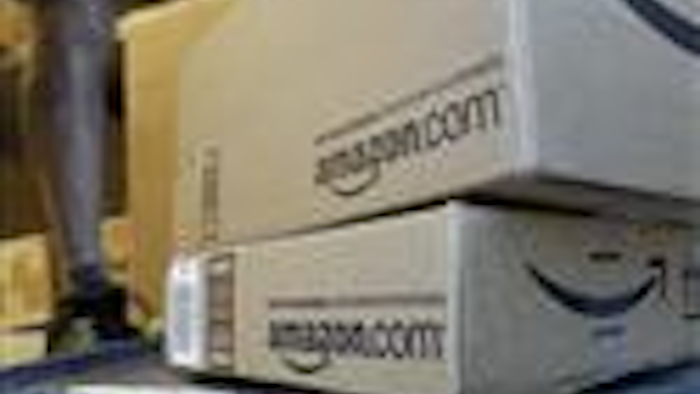 The e-commerce powerhouse launched the event last July to promote its $99 annual Prime loyalty program, which offers free two-day shipping and other perks. Aside from a brief problem some customers had placing "Lightning Deals" into baskets Tuesday morning, no major hitches were reported.

ChannelAdvisor, which works with 3,000 retailers to sell products online including marketplaces like Amazon, said mid-day Tuesday that sales were in line with Prime Day 2015 in the U.S.

PiperJaffray analyst Gene Munster said ChannelAdvisor's estimate might be conservative, however. He predicts Prime Day sales will grow 37 percent compared with the sale day a year ago due to more Prime members overall, better press coverage and stronger brand and merchant engagement with the date.

Amazon said the Fire TV stick, which was on sale for $15 off at $25, was the top seller of the day. Some other big discounts were on large screen TVs and Amazon devices such as its Echo smart speaker, Kindle e-reader and Fire TV-streaming device. Shoppers in the U.S. snapped up 22,000 TVs as of 11 a.m. E.T., Amazon said. Shoppers had to be members of Amazon's Prime loyalty program to get the discounts, but there is a 30-day free trial.

Other deals included $50 off Amazon's Echo smart speaker on sale at $130, half off toys including Nerf and Barbie brands and up to 60 percent off athletic shoes. Most deals were on a limited-time basis, encouraging shoppers to check the site throughout the day.

In its study of about 2,000 products at 6 a.m. Tuesday, retail analytics firm Market Track said average discounts ranged from 20 percent to 30 percent, with the best deals on high-demand products including tablets, tools, video games, soundbars and toys.

Rick Ostopowicz, a marketing communications manager for a chemical company in Catonsville, Maryland, was disappointed in the deals last year during Prime Day. But this year he found deals on electronics: he bought bone conduction headphones that were $14 off at $35.99, a Wi-Fi range extender $50 off at $149 and a Wi-Fi router that was $30 off at $49.

"Pretty good savings so far," he said, adding that he would have skipped the headphones without the Prime Day discount and Amazon's generous return policy.

Debi Hyland, who works in IT in Henderson, Colorado, created an advance wishlist of the items she was interested in, so she could get notifications when they went on sale. By 6:30 a.m., she had picked up a Silhouette Cameo, an electronic cutting machine used for arts and crafts projects, for $50 off at $179.97.

Some customers took to Twitter early Tuesday to complain about problems adding the "Lightning Deals" to their carts, but that problem was resolved by midmorning, Amazon spokeswoman Ana Rigby said.

Rivals countered Prime Day with deals of their own. Wal-Mart has cut prices throughout the month on a host of products online. Macy's online site touted a "Black Friday in July" sale that runs through Sunday. J.C. Penney and Toys R Us offered their own sales too.

For the first time, owners of Amazon's smart speaker devices, including the Echo, can use the gadgets to order Prime deals. More third-party sellers are offering Prime Day deals, too. Amazon says twice as many small businesses and sellers are participating in Prime Day this year compared to last.

There was no outcry like last year, when #PrimeDayFail became a trending topic amid complaints that the products offered were unimpressive and the best items sold out quickly.

At the time Amazon said it was a success, with 18 percent more orders placed that day than the prior year's Black Friday, the shopping day after Thanksgiving that's typically the busiest day in retail. The company also said it got hundreds of thousands of new Prime signups.