CAIRO (AP) — An EgyptAir flight from Paris to Cairo with 66 passengers and crew on board crashed in the Mediterranean Sea off the Greek island of Crete early Thursday morning, Egyptian and Greek officials said. Greek defense minister Panos Kammenos said EgyptAir flight 804 made abrupt turns and... 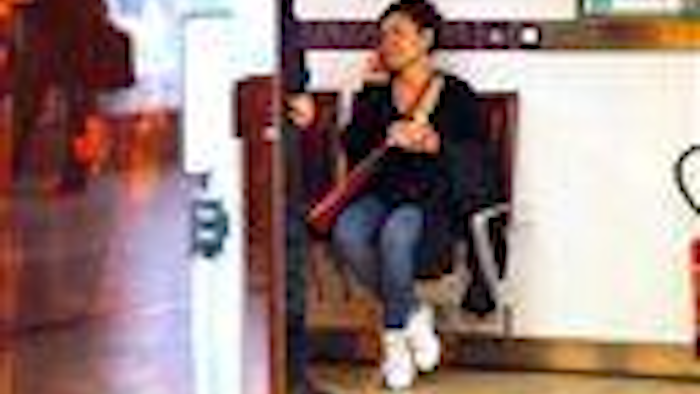 CAIRO (AP) — An EgyptAir flight from Paris to Cairo with 66 passengers and crew on board crashed in the Mediterranean Sea off the Greek island of Crete early Thursday morning, Egyptian and Greek officials said.

Egyptian Prime Minister Sherif Ismail said it was too early to say whether a technical problem or a terror attack caused the plane to crash. "We cannot rule anything out," he told reporters at Cairo airport.

EgyptAir said the Airbus A320 vanished 10 miles (16 kilometers) after it entered Egyptian airspace, around 280 kilometers (175 miles) off Egypt's coastline north of the Mediterranean port city of Alexandria. Their account fits closely with an account from Konstantinos Lintzerakos, director of Greece Civil Aviation Authority.

The airline said the Egyptian military had received an emergency signal from the aircraft, an apparent reference to an Emergency Locator Transmitter, or ELT, a battery powered device designed to automatically give out a signal in the event of a sudden loss of altitude or impact.

The Egyptian military denied it had received a distress call and Egypt's state-run daily Al-Ahram quoted an airport official as saying the pilot did not send one. The newspaper did not identify the official.

The absence of a distress call suggests that whatever sent the aircraft plummeting into the Mediterranean was both sudden and brief.

Exploring the possibility that a terror attack brought down the aircraft, Egyptian security officials said they were running background checks on the passengers to see if any of them had links to extremists.

All Egyptian officials spoke on condition of anonymity because they were not authorized to speak to the media.

The head of Greece's air traffic controllers association, Serafeim Petrou, told The Associated Press that everything was operating normally prior to the plane's disappearance from radar.

Egyptian military aircraft and navy ships were taking part in a search operation off Egypt's Mediterranean coast to locate the debris of the plane, which was carrying 56 passengers, including one child and two babies, and 10 crew members. The pilot had more than 6,000 flight hours.

"We are at the disposition of the Egyptian authorities with our military capacities, with our planes, our boats to help in the search for this plane," he said. He spoke after French President Francois Hollande held an emergency meeting at the Elysee Palace.

Later, the French military said a Falcon surveillance jet monitoring the Mediterranean for migrants had been diverted to help search for the EgyptAir plane. Military spokesman Col. Gilles Jaron told The Associated Press that the jet is joining the Egypt-led search effort, and the French navy may send another plane and a ship to the zone.

Hollande spoke with Egyptian president Abdel-Fattah el-Sissi on the phone and agreed to "closely cooperate to establish as soon as possible the circumstances" surrounding the incident, according to a statement issued in Paris.

In Cairo, el-Sissi convened an emergency meeting of the National Security Council, the country's highest security body. The council includes the prime minister and the defense, foreign and interior ministers, in addition to the chiefs of the intelligence agencies.

Those on board, according to EgyptAir, included 15 French passengers, 30 Egyptians, two Iraqis, one Briton, one Kuwaiti, one Saudi, one Sudanese, one Chadian, one Portuguese, one Belgian, one Algerian and one Canadian. Ayrault confirmed that 15 French citizens were on board.

Around 15 relatives of passengers on board the missing flight arrived at Cairo airport Thursday morning. Airport authorities brought doctors to the scene after several distressed family members collapsed.

In Paris, relatives of passengers on the EgyptAir flight started arriving at Charles de Gaulle Airport outside the French capital, where their loved ones were last seen alive.

A man and a woman, identified by airport staff as relatives of the flight's passengers, sat at an information desk near the EgyptAir counter at Charles de Gaulle Airport's Terminal 1. The woman was sobbing, holding her face in a handkerchief. The pair were led away by police and airport staff and did not speak to gathered journalists.

The Airbus A320 is a widely used twin-engine, single-aisle plane that operates on short and medium-haul routes. Nearly 4,000 A320s are currently in use around the world. The ubiquity of the A320 means the plane has been involved in several accidents over the years. The last deadly crash involving the plane was Germanwings Flight 9525, in which all 150 onboard died when one of the pilots intentionally crashed it in the French Alps.

Airbus said the aircraft was delivered to EgyptAir in 2003 and had logged 48,000 flight hours before it "was lost" over the Mediterranean. The European plane-maker said in a statement Thursday that it had engines made by Swiss-based engine consortium IAE, and had the serial number 2088.

An EgyptAir plane was hijacked and diverted to Cyprus in March. A man who admitted to the hijacking and is described by Cypriot authorities as "psychologically unstable" is in custody in Cyprus.

The incident renewed security concerns at Egyptian airports after a Russian passenger plane crashed in Sinai last October, killing all 224 people on board. Moscow said it was brought down by an explosive device, and a local branch of the Islamic State has claimed responsibility for planting it.

In 1999, EgyptAir Flight 990 crashed into the Atlantic near the Massachusetts island of Nantucket, killing all 217 people aboard. U.S. investigators filed a final report that concluded its co-pilot switched off the autopilot and pointed the Boeing 767 downward. Egyptian officials rejected the notion of suicide altogether, insisting some mechanical reason caused the crash.