WASHINGTON (AP) — Prices charged by U.S. manufacturers, farmers and other producers rose for the first time since January, lifted by higher costs for gas, steel and medicines. The Labor Department said Friday that the producer price index, which measures price changes before they reach the... 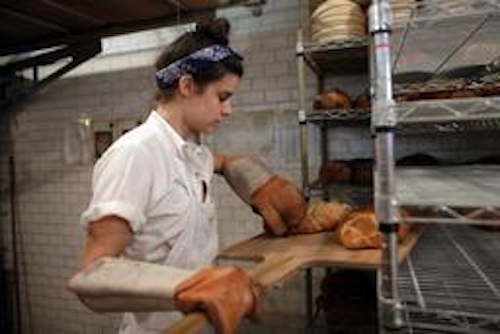 WASHINGTON (AP) — Prices charged by U.S. manufacturers, farmers and other producers rose for the first time since January, lifted by higher costs for gas, steel and medicines.

The Labor Department said Friday that the producer price index, which measures price changes before they reach the consumer, increased 0.2 percent in April. That followed small declines in February and March.

Producer prices were unchanged from a year ago. That suggests inflation at the consumer level is likely to remain low.

Excluding the volatile food and energy categories, producer prices ticked up 0.1 percent last month and 0.9 percent from a year ago.

Many Americans feel squeezed by rising costs for more expensive items such as health care and a college education, but those categories actually make up a relatively small part of the government's inflation measures.

And rising rents and home prices have made housing less affordable, but the government has struggled to accurately measure those costs.

Consumers are already seeing few price increases for most goods and services. In March, consumer prices ticked up 0.1 percent from the previous month, in part because gas costs rose.

In the past year, consumer prices have increased just 0.9 percent. Excluding the volatile food and energy categories, they are up 2.2 percent.

The Federal Reserve would like to see inflation closer to 2 percent as a hedge against deflation, a destabilizing drop in wages and prices.

Yet the Fed's preferred inflation gauge is up just 0.8 percent in the past year. That suggests the central bank will be cautious as it raises the short-term interest rate it controls. It lifted that rate for the first time in nine years in December, but has stood pat since.

Many economists now expect the Fed will raise rates just once or twice this year, in part because of low inflation.