Company's LED strips and panels are low-maintenance and energy-efficient cleanroom-compatible lights that comply with recent energy laws. The bulbs use less energy than traditional incandescent lights and produce less heat than both incandescent and fluorescent bulbs, saving on air cooling costs. 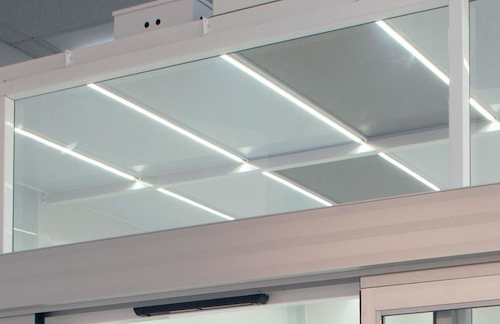 Company's LED strips and panels are low-maintenance and energy-efficient cleanroom-compatible lights that comply with recent energy laws. The bulbs use less energy than traditional incandescent lights and produce less heat than both incandescent and fluorescent bulbs, saving on air cooling costs.

LED (light emitting diode) lights are estimated to last up to three times longer than fluorescent bulbs while emitting a similar lumen (light) output. They are also more eco-friendly, as fluorescents contain small amounts of mercury and must be recycled or disposed of as hazardous waste at specialized recycling centers. LED also helps the environment by producing less carbon dioxide (CO2) than alternative lighting options