The Interior Department is cancelling future lease sales and will not extended current leases in Arctic waters. 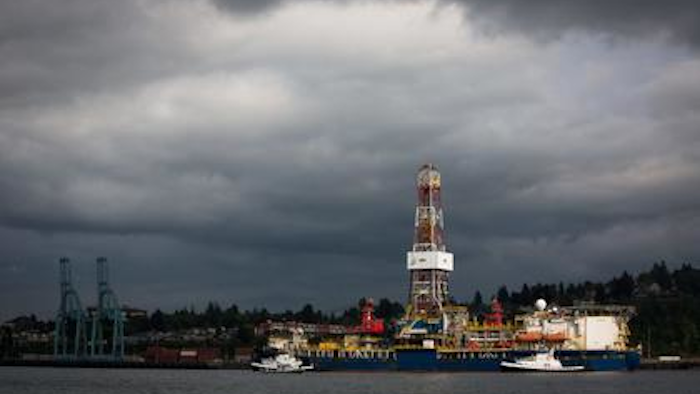 The Interior Department announced Friday it is cancelling future lease sales and will not extended current leases in Arctic waters off Alaska's northern coast, a decision that significantly reduces the chances for future Arctic offshore drilling.

The news follows a Sept. 28 announcement by Royal Dutch Shell that it would cease exploration in the Chukchi and Beaufort seas after spending upward of $7 billion on Arctic exploration. The company cited disappointing results from a well drilled in the Chukchi and the unpredictable federal regulatory environment.

Federal leases in the Beaufort Sea are due to expire in 2017 and in the Chukchi in 2020.

"In light of Shell's announcement, the amount of acreage already under lease and current market conditions, it does not make sense to prepare for lease sales in the Arctic in the next year and a half," Interior Secretary Sally Jewell said in a release.

"When it comes to frontier exploration in Alaska, one size does not fit all," Smith said. "We continue to believe the 10-year primary lease term needs to be extended."

"This is great for the Arctic and its polar bears," said Miyoko Sakashita of the Center for Biological Diversity. "We need to keep all the Arctic oil in the ground."

Shell's decision this fall to cease exploration sparked jubilation among environmental activists, who said they would seize the opportunity to seek an end to all drilling in the region.

The company's exploratory well found oil and gas but not in quantities that justified the huge expense of Arctic drilling, where Shell backed up its rigs with a flotilla of support and safety vessels and made regular helicopter flights from a staging area 150 miles away in Barrow, the country's northernmost community.

Federal regulators required two drill vessels in Arctic drilling areas so a relief well could be quickly drilled after a well blowout.

Operations in the Chukchi Sea ramped down almost immediately after the announcement.

Shell last drilled in Alaska's northern waters in 2012 and experienced significant problems with vessels in transit after drilling ended.