A fiery natural gas pipeline explosion has forced dozens of people from their homes. 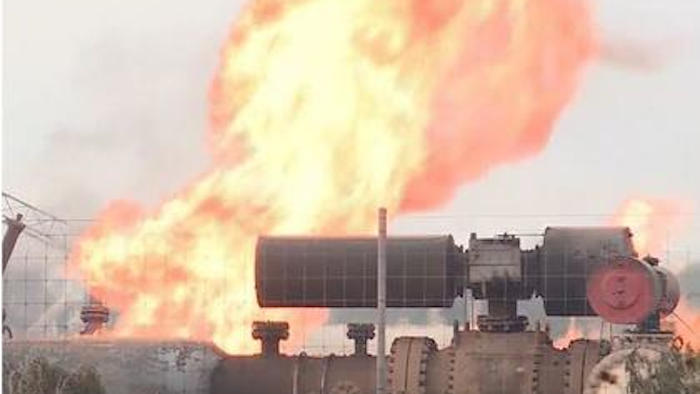 A fiery natural gas pipeline explosion in South Texas has forced dozens of people from their homes and canceled classes at a nearby school.

Nobody was hurt in the accident around 4:15 a.m. CDT Friday near Encinal (EN'-suh-nahl), 25 miles north of Laredo. Authorities are seeking the cause of the blast.

City Manager Velma Davila (DAH'-vee-lah) says 30 to 40 people who live near the pipeline evacuated to Encinal City Hall, as a precaution. Classes were canceled Friday at Encinal Elementary School, about 500 yards from the pipeline.

The operator, San Antonio-based Lewis Energy Group, says the gas flow was shut off and the fire was out by 10 a.m. Friday. A company statement says officials are working with law enforcement and government agencies about the damage and cleanup.