Advocacy groups say the Trump administration has not ensured the shipments are safe for workers, communities and the environment. 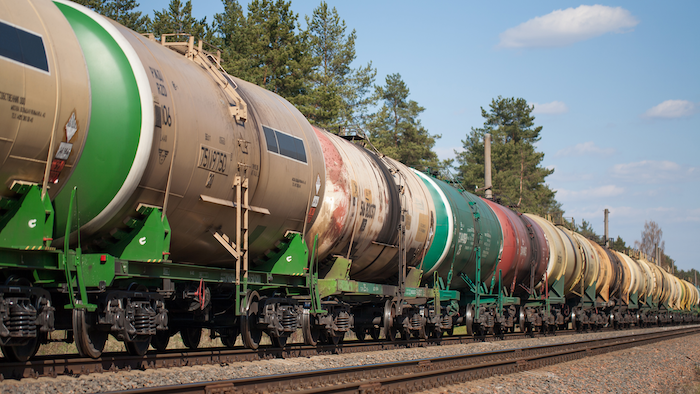 HARRISBURG, Pa. (AP) — A coalition of six environmental advocacy groups asked a federal judge on Tuesday to block a new Trump administration rule to allow rail shipments of liquefied natural gas, a new front in the movement of energy products backed by both the natural gas and rail freight industries.

The groups will argue in court that, among other things, the administration did not adequately study the new rule to ensure that the activity it is authorizing is safe for workers, communities and the environment, said Jordan Luebkemann, a lawyer for Earthjustice, which is representing the groups court.

The rule, they said, would allow shipments of the flammable and odorless liquid known as LNG by rail in tanker cars that are untested and that cannot withstand high-speed impacts.

“Under this new rule, it’s only a matter of time before we see an explosion in a major population center,” said Emily Jeffers, an attorney with the Center for Biological Diversity.

The U.S. Pipeline and Hazardous Material Safety Administration declined comment. The agency published the rule late last month in the Federal Register and it takes effect in the coming days.

The rule comes amid foundering prices for natural gas in the U.S., as court and regulatory battles over pipeline projects have slowed movement of the nation’s world-leading gas production to markets.

The country's natural gas boom has fueled massive growth in LNG exports, growing last year by more than 65 times the amount exported in 2015, according to federal figures.

The rule requires enhancements — including a thicker outer tank made of steel with a greater puncture resistance — to the approved tank car design that, for decades, has been approved for shipments of other flammable cryogenic materials, such as liquid ethylene and liquid ethane.

Previously, federal hazardous materials regulations allowed shipments of LNG by truck, but not by rail, except with a special permit.

Fifteen states also objected to the rule during the comment period. Those states included Pennsylvania and New Jersey, where the Trump administration issued a special permit in December to ship LNG by rail from northern Pennsylvania’s Marcellus Shale natural gas fields to a yet-to-be-built storage terminal at a former explosives plant in New Jersey, along the Delaware River near Philadelphia.

From there, the LNG is expected to be exported to foreign markets for electricity production, although the applicant, a subsidiary of New Fortress Energy, has told federal regulators that some domestic industrial use is possible.