In Slap at Obama, US House Moves to Block Climate Rule

As President Barack Obama worked to hammer out a global climate agreement in Paris, Republicans in Congress moved to block his plan to force steep cuts in greenhouse gas emissions from U.S. power plants. 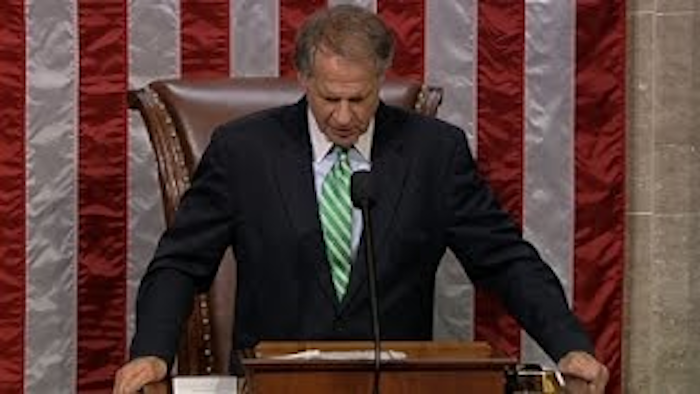 WASHINGTON (AP) — As President Barack Obama worked to hammer out a global climate agreement in Paris, Republicans in Congress moved to block his plan to force steep cuts in greenhouse gas emissions from U.S. power plants.

The votes come after the Senate approved identical motions last month under a little-used law that allows Congress to block executive actions it considers onerous. The measures now go to the White House, where they face almost-certain vetoes.

Rep. Ed Whitfield, a Republican, said party lawmakers were forcing a vote on the climate rule to "send a message to the climate conference in Paris that in America, there's serious disagreement with the policies of this president."

And Rep. Jeff Duncan, a Republican said he wished Obama took the threat posed by "radical jihadists" such as the Islamic State as seriously as he takes what Duncan called a "pseudoscientific threat" posed by climate change.

Rep. Frank Pallone, a Democrat, said it was regrettable that Republicans were trying to block the power-plant rules even as officials from more than 190 nearly countries and many of the world's largest private companies gathered in Paris to work out details of a global agreement to reduce greenhouse gas emissions.

The global agreement "will prevent us from further overheating the earth and causing major disruptions to people's lives, their property and to the global economy," Pallone said. "We know that (climate change) will endanger our children's future if we don't act now."

The new rules being imposed by the Obama administration require states to cut carbon emissions by 32 percent by 2030, based on emissions in 2005. Each state has a customized target and is responsible for drawing up an effective plan to meet its goal.

The EPA says it has authority to enact the plan under the Clean Air Act.

The Republicans challenged the administration's action under the little-used Congressional Review Act, which allows Congress to block executive actions with simple majority votes. The maneuver is subject to a presidential veto and has rarely been successful.

Speaking in Paris Tuesday, Obama said parts of a global climate agreement should be legally binding. His declaration was both a boost to climate negotiators seeking a tough accord and a challenge to Republicans in Congress, many of whom reject the idea of global warming.

House Speaker Paul Ryan, a Republican, said Republicans were in step with the American people, who want jobs and economic growth.

"I think when you weigh the costs and the benefits against these so-called legally binding obligations they don't add up," Ryan told reporters. "I think it's very clear people want jobs."