A man working inside a smokestack on the Yale University campus died Saturday after he fell from a ladder down into the chimney about 50 feet and became stuck at the bottom. 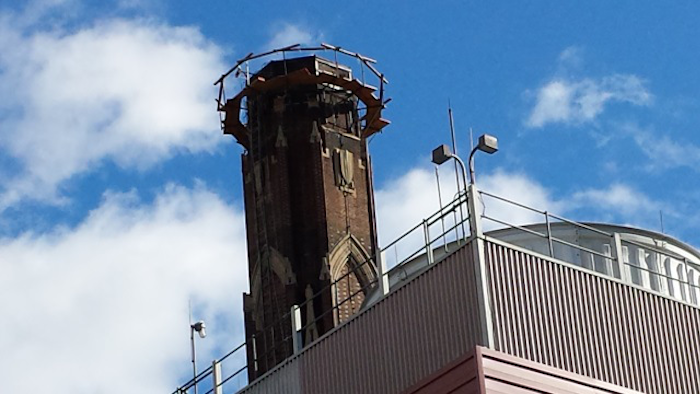 NEW HAVEN, Conn. (AP) — A man working inside a smokestack on the Yale University campus died Saturday after he fell from a ladder down into the chimney about 50 feet and became stuck at the bottom.

The man in his 50s was working to upgrade Yale's Central Power Plant at about 10 a.m. when he fell, according to New Haven Assistant Fire Chief Matthew Marcarelli. The man was a subcontractor, Yale spokeswoman Karen Peart said.

The man's name was not immediately released, but fire officials said he was from Oregon.

Marcarelli said the man was stuck for an hour while crews worked to open the side of the chimney. They had to cut through a stainless steel liner to get him.

He was taken to Yale-New Haven Hospital, where he died.

Peart said the university was providing support and counseling to anyone at Yale affected by the death.

University police and the Occupational Safety and Health Administration are investigating.