A pair of Danish firms will design what will eventually be the world's largest waste-to-energy power plant in southeastern China. 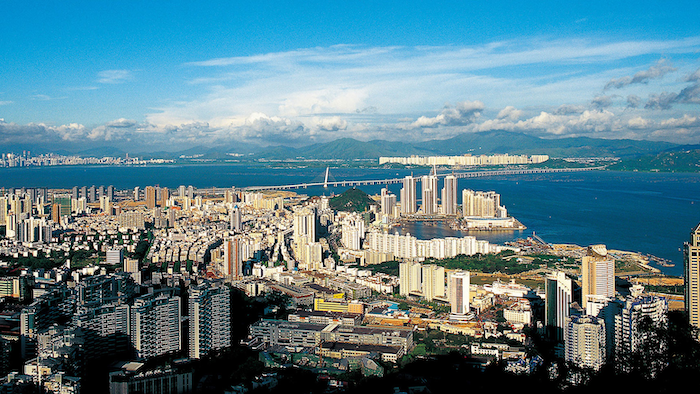 A pair of Danish firms will design what will eventually be the world's largest waste-to-energy power plant in southeastern China.

The facility, to be located on the outskirts of the city of about 20 million, will be a huge circular building encompassing the plant's entire operations. Once fully operational in 2020, the plant is expected to burn 5,000 tons of refuse per day, or about one-third of Shenzhen's waste.

It will also generate its own energy via solar panels that cover two-thirds of its roughly 216,000-square-foot roof.

"The project firstly aims to provide a clean, simple and modern technical facility to deal with the city's growing waste," Chris Hardie, who heads SHL's office in Shanghai, told Deezen.

The complex will also feature a walkway and rooftop viewing platform for visitors, as well as an entrance ramp that leads through a neighboring park and between its two smokestacks.

Hardie said that the plant will offer views of the surrounding mountains as well as "educate visitors to this growing waste challenge."