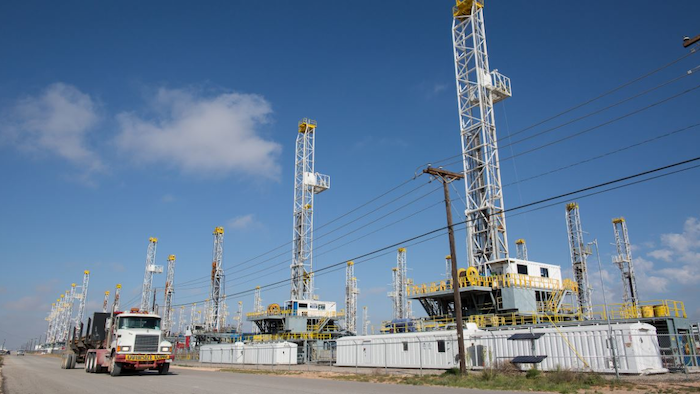 The collapse of global oil prices in late 2014 jolted the nation's energy sector and led to hundreds of thousands of layoffs.

But the nation's fracking industry proved resilient despite a global glut that kept prices low, and Bloomberg reports that in West Texas' Permian Basin — a particularly productive shale formation — the current oil boom would ordinarily accompany crude prices at twice their current value.

That pattern, the publication notes, worries local industry observers who are long conditioned to the boom-and-bust cycle of the oil business.

Companies have pumped oil in the Permian basin for nearly a century, but a recent study suggested that as many as 70 billion barrels of crude still remain in the ground.

As producers flocked to the region in recent months, the number of oil rigs in operation more than doubled and output is expected to set a record next month.

Drilling companies face a shortage of workers needed to operate their rigs, and prices for drilling equipment skyrocketed. Real estate prices, meanwhile, continue to jump in the city of Midland, in the heart of the Permian.

The boom could mean that West Texas is now so productive that companies can make money at the current prices — still about $50 per barrel — or it could mean that trouble is on the way.

Already, observers said that some companies are shifting from productive drilling sites to less favorable locations — while others slow down or postpone their expansion plans altogether.

“We’re over-capitalized, we’re over-drilling and, if prices don’t rise, we might be facing a double dip in drilling," Steve Pruett, the chief executive of Midland oil and gas company Elevation Resources, told Bloomberg.