Lithium-Ion Battery Inventor, At Age 94, Could Make It Obsolete 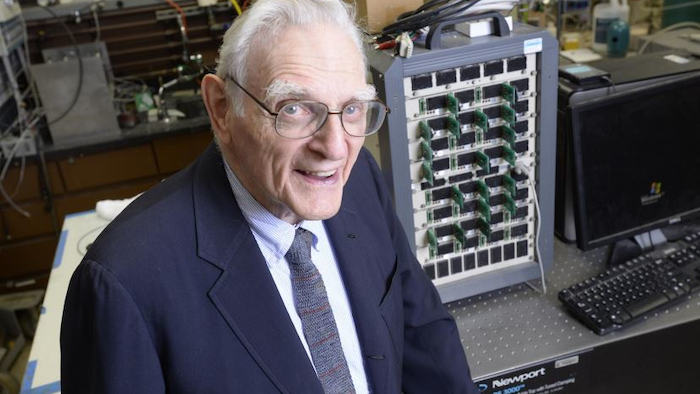 John Goodenough was already well into a distinguished scientific career when he helped invent the lithium-ion battery nearly 40 years ago.

But Goodenough, who remains the Virginia H. Cockrell Centennial Chair in Engineering at the University of Texas, continues to seek out solutions to the world’s energy needs well into his 90s.

A study published in the journal Energy & Environmental Science detailed an all-solid-state battery with a longer life, faster charging rates and three times the energy density of conventional lithium-ion batteries.

"We believe our discovery solves many of the problems that are inherent in today’s batteries,” Goodenough said. 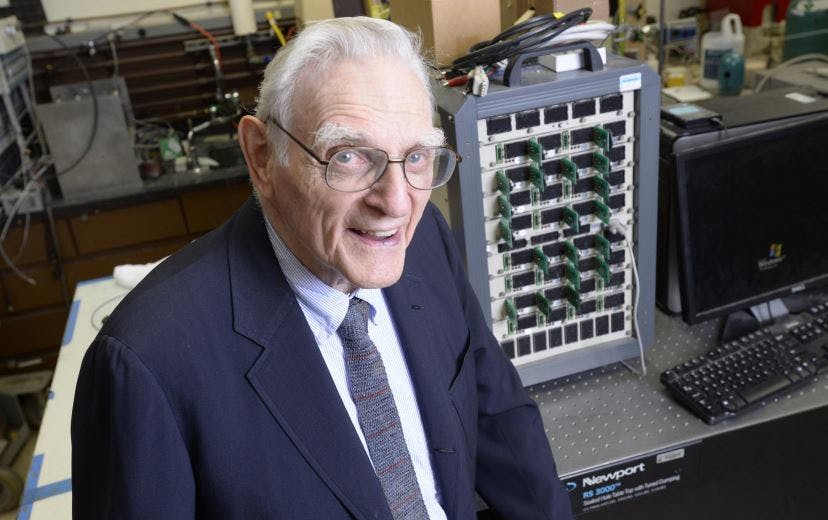 The new battery utilizes solid-glass electrolytes that enable the battery's anode — or negative side — to be comprised of an alkali-metal such as lithium, sodium or potassium.

The alkali-metal anode increases the energy density of the positive side — the cathode — which could enable electric vehicles to drive much farther on a single charge. Laboratory tests also showed the battery could last more than 1,200 cycles with low cell resistance.

In addition to eliminating those risks, using a glass electrolyte would lower costs since rare, expensive lithium could be replaced with sodium extracted from seawater.

The new electrolyte can also function at below-freezing temperatures, which would make it more suitable for use in vehicles in colder climates. Researchers are working on several patents and hope to collaborate with battery makers to further develop and test their system.

Goodenough, who was in his late 50s at the debut of the lithium-ion battery, credited several factors for his continued productivity in a recent interview with The New York Times. He said that his faith helps guide his efforts to combat climate change and joked that at his age, "You no longer worry about keeping your job."

“I’m old enough to know you can’t close your mind to new ideas," he told the Times' Pagan Kennedy. "You have to test out every possibility if you want something new.”