Island Straight Out Of ‘Science Fiction’ Could Power Millions Of Homes

A group of European firms have announced plans to build an artificial island they say could provide power for 80 million homes. 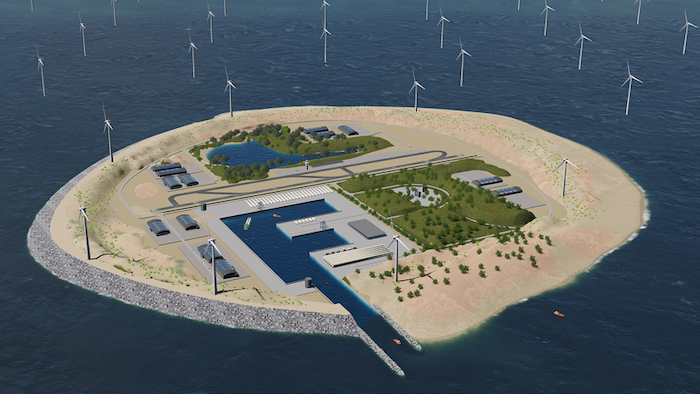 A group of European firms have announced plans to build an artificial island they say could provide power for 80 million homes.

Slated for construction at Dogger Bank in the North Sea, the island will be built with a harbor, airstrip and even homes.

“Maybe it sounds a bit crazy and science fiction-like, but an island on Dogger Bank could make the wind power of the future a lot cheaper and more effective,” said Torben Glar Nielsen, the technical director at Energinet, a Danish firm involved in the project.

Energinet plans to partner with the German and Dutch arms of TenneT to build the island, which will be engineered to serve as a hub for thousands of wind turbines and solar panels. The firms plan to ink a deal to create a consortium on March 23.

The location of the project will take advantage of the area’s windy conditions to produce more energy for longer periods of time. It will also be in a relatively shallow part of the North Sea, making wind turbine construction easier.

Sea cables will be used to transport electricity from the island hub to several countries bordering the North Sea, making the process of moving energy cheaper.

Developers also plan to store needed materials for upkeep on the island along with converter stations, wind turbines and electrical components, which will help lower the costs of operational upkeep.