Wind turbines are among the leading generators of clean renewable energy, with over 225,000 up and running throughout the world. 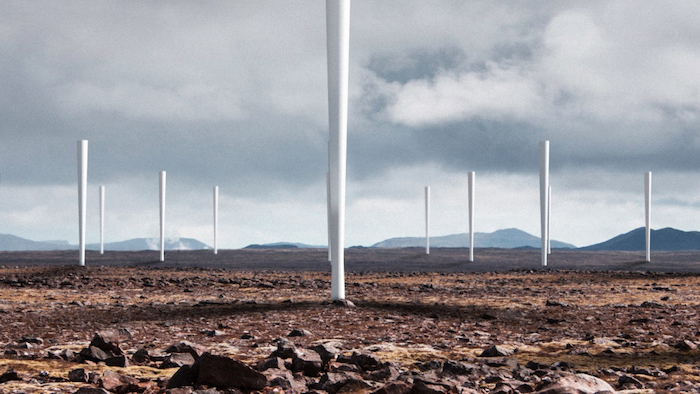 As we deepen our understanding of alternative renewable energy sources, researchers and engineers are finding more innovative ways to improve their current models and methods. Wind turbines were one of the first,and remain among the leading generators of clean renewable energy, with over 225,000 up and running throughout the world.

Conventional bladed wind turbines come with their share of shortcomings, however, like their top-heavy design, cumbersome manufacturing and maintenance processes, along with the amount of space a single turbine requires to efficiently harvest the right amount of wind energy.

Recently coming onto the scene is a new kind of bladeless wind turbine that harnesses wind energy through a process called vorticity — a spinning motion of air or fluids. Composed of fiberglass and carbon fiber, bladeless wind turbines are cylindrical structures that offer a less-convoluted and intrusive method of collecting renewable energy. Wind passes through these turbines and shears off the downward side of the cylindrical structure in a spinning vortex, which causes the structure to vibrate. The kinetic energy of the oscillating cylinder is converted into electricity, using a linear generator that’s similar to the model used to harness wave energy.

Not only are the bladeless turbines made with less parts, but these cylindrical oscillators generate electricity at 40 percent less the cost of power than their bladed counterparts. Bladeless turbines cost significantly less to manufacture and maintain (up to 80 percent), which has led to a steady increase in their demand. These cylindrical oscillators are said to be quiet, and aren’t a threat to birds and other avian species, whereas bladed turbines are responsible for more than 368,000 bird deaths each year.

But, because of how new these bladeless wind turbines are, they come with their set of design and functional flaws.

The effects of airflow from the oscillation that occurs in bladeless turbines have also raised concerns on the rate of energy these structures can capture. Air moving at slow speeds past small-diameter cylinders flow in smooth constant motions. If that diameter is increased, the speed of flowing air becomes turbulent, which produces eddies. The turbulence in flow causes the oscillation frequency of the turbines to fluctuate, which can turn optimal energy production into a tedious ordeal.

There are also a lot of people that dispute how quiet these turbines will truly be, citing the amount of vibrations they produce as cause for concern. Skeptics believe the oscillating frequencies that cause the turbines to vibrate will produce a substantial amount of noise, which has been compared to sounding like “a freight train coming through your wind farm.”

While the early stages of bladeless wind turbine development have shown encouraging signs and results, it’s clear that they come with their set of design and capability flaws that researchers and engineers are working toward improving. Nonetheless, the development of a bladeless oscillating turbine is a step in the right direction toward optimizing and perfecting means of alternative renewable energy.