Despite decades of research, carbon capture is still waiting for its breakthrough. 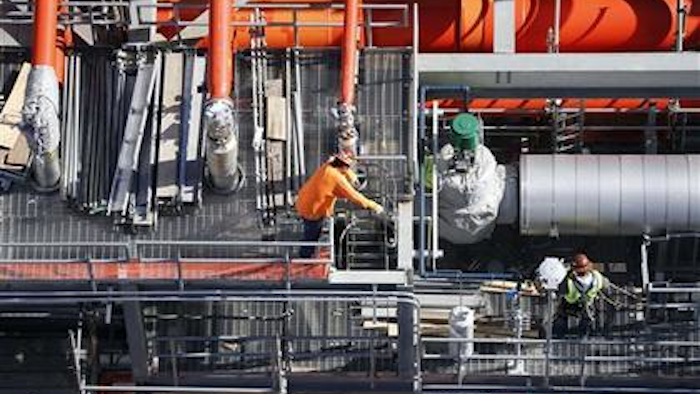 The Kemper County power plant was supposed to be up and running by now, showing the world how to burn coal without spewing climate-warming carbon pollution into the air.

Instead, the coal plant towering over pine trees and pastures in rural Mississippi is looking like another monument to the unfulfilled promise of carbon capture technology.

Construction costs have ballooned to $6.5 billion, at least three times the original estimate, making Kemper one of the most expensive power plants ever built and pushing up electric bills for Mississippi Power's 186,000 customers. After repeated delays, the project now has a completion date of June 30, or two years behind schedule, and there are doubts even that deadline will be met.

Even some of those who supported the plant have turned against it, advising others to think long and hard before trying something similar.

Carbon capture entails catching the carbon emissions from a power plant or cement or steel factory and injecting them underground for permanent storage. It's a proven technology that would allow the world to keep burning coal, oil and gas for energy while releasing little of the heat-trapping gas that scientists say is the main cause of global warming.

Despite decades of research and pilot projects, however, carbon capture is still waiting for its breakthrough, illustrating how hard it is for the world to do something about global warming even when the tools are there.

In 2013, Norway pulled the plug on a major carbon capture project it had likened to the moon landing, citing spiraling costs. Another big setback came on Nov. 25, just days ahead of the U.N. climate talks in Paris, when Britain abruptly canceled 1 billion pounds ($1.5 billion) in funding for carbon capture technology, raising doubts about the fate of two projects competing for the money.

While high costs are the main problem, carbon capture also faces opposition from environmentalists. Groups like Greenpeace and WWF say climate action should be geared toward 100 percent renewable energy such as wind and solar power, not toward throwing a lifeline to fossil fuels.

But authoritative bodies like the International Energy Agency and the U.N. Intergovernmental Panel on Climate Change say that without deploying carbon capture technology on a large scale, the world may not be able to reach the U.N. goal of keeping man-made warming below 2 degrees Celsius (3.6 degrees Fahrenheit), which governments hope will stave off some of the worst floods, droughts and heat waves associated with rising temperatures.

Still, the costly technology is likely to get little attention in the Paris talks. Of the more than 170 countries that submitted action plans ahead of the conference, only eight explicitly mentioned carbon capture as a potential mitigation measure, according to an analysis by the Potsdam Institute for Climate Impact Research in Germany.

Bill Hare, who heads the Climate Analytics institute in Berlin, said carbon capture may have missed its moment when investments didn't take off despite a lot of "hype" a decade ago. Now, he said, the falling costs of renewable energy mean carbon capture has a lot of catching up to do.

"It's probably harder to get this moving now than 10 years ago," Hare said.

There are 13 large-scale carbon capture projects in the world, collecting 26 million tons of carbon dioxide a year, according to the International Energy Agency. But that's less than one one-thousandth of the world's carbon dioxide emissions.

"There's activity out there, but it's not what various organizations would have hoped for," said Juho Lipponen, who heads the IEA's carbon capture unit.

Like most carbon capture advocates, he called for stronger incentives, including a carbon price that makes it more expensive to release the pollutant into the atmosphere than to put it back in the ground.

The IEA says about $12 billion has been invested in large-scale carbon capture projects in the past 10 years. About 80 percent of it came from the private sector, mostly oil and gas companies. The coal industry, however, is "still not going beyond the nice words," despite years of praising carbon capture as a promising clean coal technology, Lipponen said.

Benjamin Sporton, CEO of the World Coal Association, said the industry is investing in carbon-capture projects, including a power plant under construction in Tianjin, China. But he added that the technology will struggle unless it gets the same support from governments as renewable energy, which "has been driven by policy that provides $100 billion in subsidies every year."

While the world's thousands of coal-fired power plants are the single biggest source of man-made carbon emissions, only one of them is equipped with carbon capture technology: the Boundary Dam power station in Saskatchewan, Canada. Kemper County could become the second.

Launched with fanfare last year, the Boundary Dam unit was designed to capture 1 million tons of carbon dioxide a year. However, plant operator SaskPower ran into a series of glitches and captured less than half that amount in the first year of operation.

"These challenges are not uncommon in a large-scale industrial project during the early stages of operation, particularly a project that is the first of its kind in the world," SaskPower said in an email.

For Kemper County, Mississippi Power initially estimated a price tag of $1.8 billion when the plant was announced it in 2006. By the time construction began in 2010, the price had risen to $2.9 billion, including improved carbon capture technology and an adjoining coal mine.

In a sprint to grab federal tax credits, Mississippi Power started construction with only 10 percent of the design completed. The company underestimated how much concrete, steel, pipe and cable and how many workers it would need to build the plant. Some parts had to be torn out and rebuilt because of design changes associated with constructing a first-of-its-kind plant.

Mississippi Power officials say they are wrapping up work now. But an engineer hired by state regulators testified in October that it is highly unlikely the utility will meet its June 30 deadline. The project is likely to forfeit $372 million in tax credits because of delays, and shareholders of Southern Co., owner of Mississippi Power, have absorbed $2.3 billion in losses.

Southern, the third-largest private electric utility in the U.S., stands by the project. It co-owns its key technology and would like to sell it to others.

"I know we're taking a long time, and I know we're taking some pain for taking the right amount of time," Southern Co. CEO Tom Fanning told investors on a Nov. 6 conference call. "But what you're getting out of Kemper, and you've seen it already, is that what we have built and tested is working beautifully."

Right now, though, Southern isn't planning any more such projects. Bruce Harrington, plant manager at Kemper County, said the price will come down as more are built. But he understands the concern.

"I think any thoughtful person would say you really have to look at the cost," he said.