Studies: When A Chemical Spill Hits, Officials Get The Science Wrong

Science is often left out of the process of informing the public about disasters. 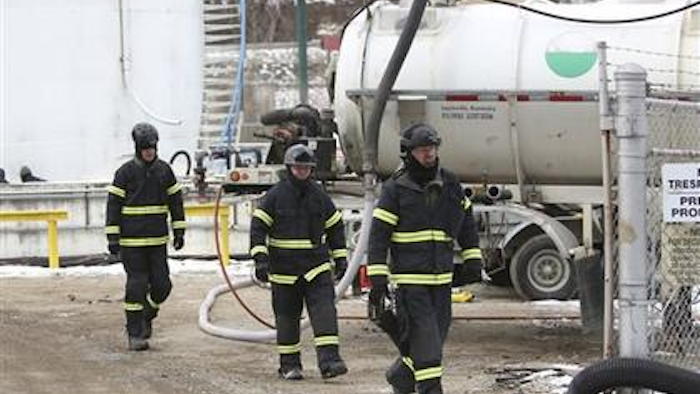 Since 2014, more than 1.5 million Americans have been able to open their taps and get drinking water tainted with crude oil, diesel fuel, algal toxins and coal-washing toxins, according to a

And when it comes to informing the public about how to deal with the disaster, three new studies have come to the same conclusion: science is often left out of officials’ decision-making process.

The studies examined nearly 50 drinking water emergencies including pipeline ruptures, diesel spills and major chemical accidents, including the 2014 Freedom Industries chemical spill. Across the board, the researchers found that officials often did not provide adequate information for residents to effectively get contaminants out of their homes.

In the biggest of the three studies, a Purdue graduate student looked at 40 incidents and found that a one-size-fits-all approach to offering residents flushing guidelines failed to account for several variables, including low-flow faucets and water heaters of all size. The student found that if residents followed the instructions given by authorities, some homes would still have contaminated water.

The takeaway message is fairly simple advice officials should be giving those affected by chemical spills: “The larger your water heater and the greater number of low-flow fixtures you have in your home, the longer you need to flush your plumbing system,” said Andrew Whelton, an assistant professor in Purdue’s Division of Environmental and Ecological Engineering and Lyles School of Civil Engineering.

The final study looked solely at the Freedom Industries spill that unleashed thousands of gallons of chemicals into a West Virginia river, affecting the drinking water of 300,000 people.

The researchers found that there were more than 10 chemicals that were spilled from Freedoms’ tank that were not listed on any material safety data. And the main chemical of concern in the spill — 4-methylcyclohexanecarboxylate (MMCHC) — was present in residents’ drinking water 13 to 30 days after the spill.

With the prevalence of fracking and oil being transported around the country, the researchers said getting the science right and giving residents the most accurate information during a spill is a critical issue.