Fire Chief Presses For Changes Ahead Of West Anniversary

The state fire marshal recommended Monday that 46 facilities storing ammonium nitrate in Texas be required to make structural improvements to prevent another deadly blast like the one that killed 15 people nearly a year ago in West. 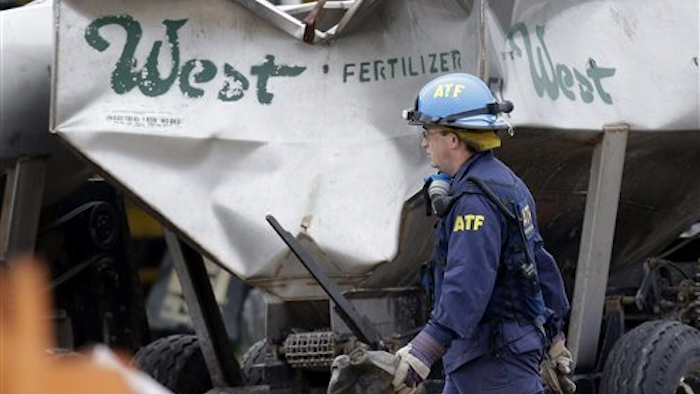 AUSTIN, Texas (AP) -- The state fire marshal recommended Monday that 46 facilities storing ammonium nitrate in Texas be required to make structural improvements to prevent another deadly blast like the one that killed 15 people nearly a year ago in West.

"There has to be some changes post-West," state fire marshal Chris Connealy told a Texas House committee.

Thursday is the anniversary of the April 17 explosion, which also injured 200 people and caused $100 million in damage in the rural city of West.

Investigators still haven't identified a single cause of the blast but are certain about the source of a massive fireball that killed firefighters and first responders who were rushing toward the facility. Dozens of tons of ammonium nitrate, a potentially dangerous chemical used in fertilizer, was stored in flammable wooden containers.

Connealy proposed to the House Homeland Security and Public Safety Committee that similar facilities be given three years to either install sprinkler systems or retrofit buildings with non-combustible materials.

But industry pushback is likely and was made clear mere minutes after Coneally offered the idea. In addition to agriculture, ammonium nitrate also is used as an explosive to detonate rocks, and the Texas Aggregates and Concrete Association testified that its members already follow rigorous federal oversight.

"It's a question that keeps coming up from a lot of folks — 'You're just going to put us out of business," Republican state Rep. Dan Flynn said.

"I don't see it as over burdensome," Connealy said. "Most of these are relatively minor costs. I'm always sensitive that anytime you're asking a business to extend money on a fire code correction, it's sensitive."

More state funding for volunteer fire department training is also getting serious consideration from lawmakers. Most firefighters in Texas are volunteers and not required to undergo special training that would better prepare them for situations similar to West.

Chris Barron, executive director of the State Firemen's and Fire Marshals' Association of Texas, told lawmakers that it would take about $1.3 million to give special training to firefighters in 63 counties where ammonium nitrate is stored.

Given that the state budget in Texas is about $100 billion, committee Chairman Joe Pickett, D-El Paso, greeted the price tag with optimism.

The Legislature reconvenes in January.